Here’s why gas still isn’t as cheap as oil 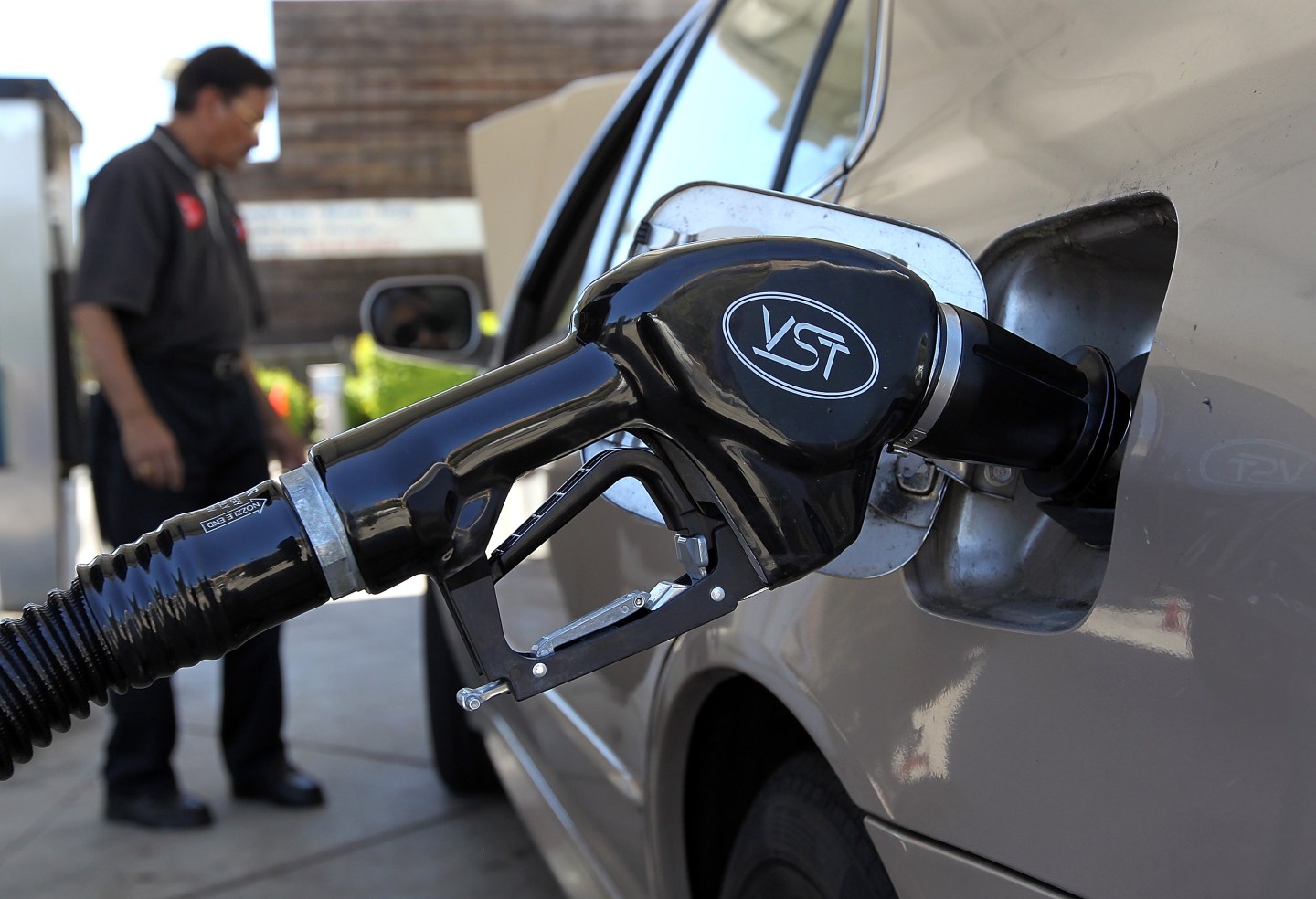 U.S. drivers have surely noticed how much cheaper it is to fill up their gas tanks these days.

The national average price for a gallon of regular unleaded gasoline is just $2.19, according to AAA. That’s the lowest national average since February, when gas prices were still rebounding from five-year lows.

Gas prices have fallen dramatically in the past year because the cost of crude oil, which is refined to make gasoline and other products, is also way down. Increased oil production in several countries in recent years has created a worldwide oversupply that easily outpaces oil demand, which is why the price of crude plummeted more than 50% from June 2014 to its current state of under $50 per barrel. By comparison, average gas prices are down roughly 27% over the past year.

So, even with plunging oil prices contributing directly to a cheaper price tag at the pump for most Americans, the decline of gasoline prices hasn’t exactly matched the drop in the price of crude oil. In fact, as the Wall Street Journal notes, while the price of gasoline has historically risen and fallen in a pattern very similar to that of crude oil, the gap between the two has recently widened. According to the Energy Information Administration, a gallon of gas cost 95 cents more on average than a gallon of Brent crude oil between 2000 and 2014, but that gap jumped to $1.16 over the past year.

The Journal points out that the deviation in average prices has led to U.S. drivers paying “at least $1 billion more for gasoline than they would have if the historical pattern had continued this year.” One reason for the disparity, according to WSJ, is that some of the country’s biggest oil refiners are holding onto more of the profits they’re seeing from spending less on the crude oil that they turn into gasoline rather than pass all of those savings on to consumers. (Granted, several of those companies are also trying to make up for the losses piled up by their oil production businesses.)

Other factors contributing to gas prices not falling quite as quickly as crude oil prices, WSJ adds, include a series of refinery outages this year that affected gasoline supply while demand has been high for gas, as Americans take advantage of still relatively cheap gasoline.