Why Auto Sales are the Lone Bright Spot in the U.S. Economy 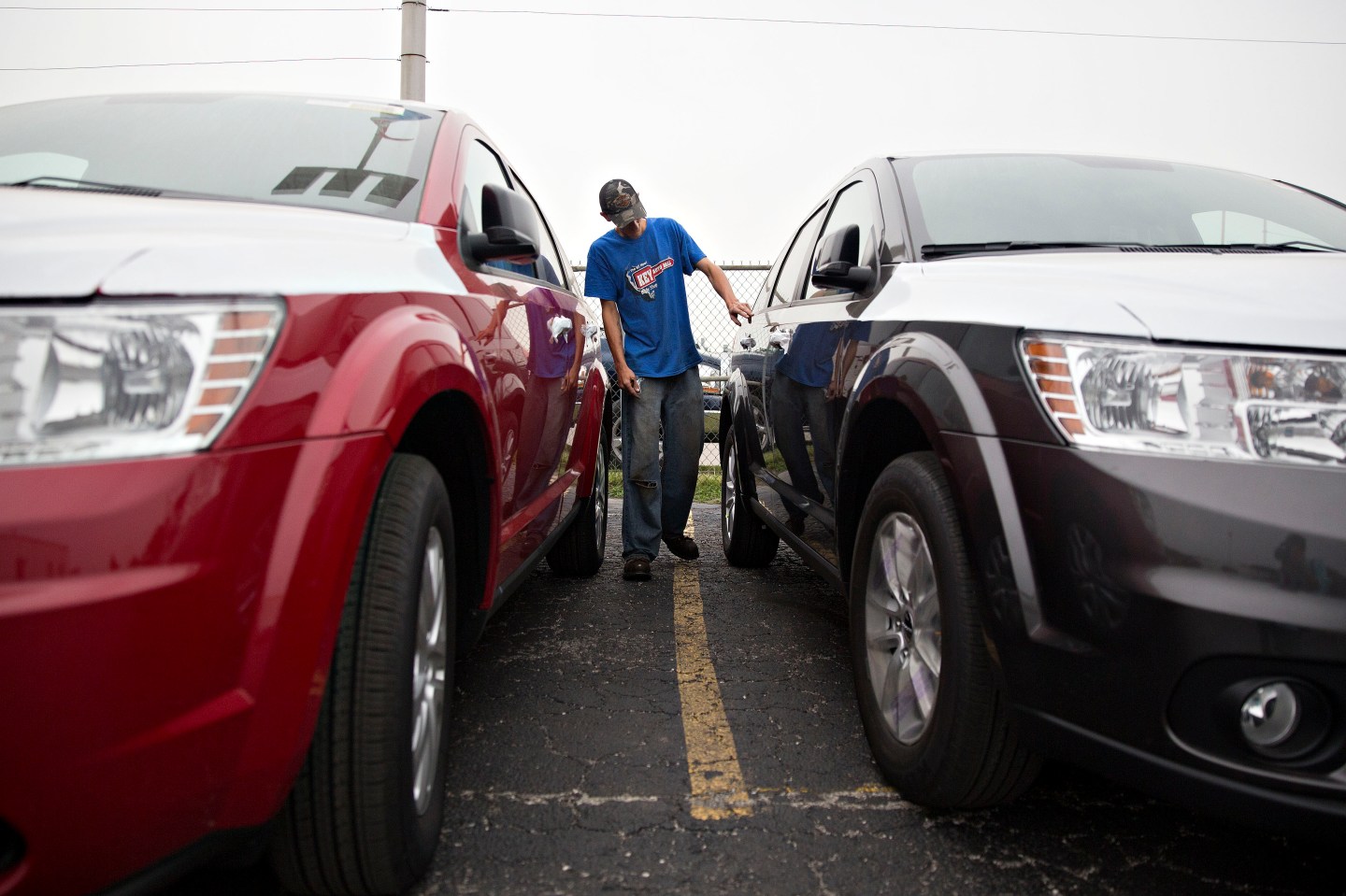 Exceptional auto sales are coming at the same time that other U.S. economic indicators are painting more of a mixed picture.
Photograph by Daniel Acker—Bloomberg via Getty Images

U.S. automakers had another superlative month, with GM (GM), Fiat-Chrysler (FCAU), and Ford (F) all announcing that light-vehicle sales had jumped more than 13% year-over-year in October.

According to Wards Auto, total sales of U.S. light vehicles should reach 17.5 million for the month on a seasonally adjusted annual basis, which would be ahead of the 17.2 million sold in September, good enough for a 14-year high.

These exceptional numbers are coming at the same time that other U.S. economic indicators are painting more of a mixed picture. The U.S. manufacturing sector, dragged down by the effects of a strong dollar, continues to muddle along. The Institute of Supply Management’s manufacturing index came in Monday at just 50.1. A reading below 50 indicates that the sector is contracting, so the headline number suggests that American manufacturers are barely treading water, while the ISM measure that gauges employment in the sector fell to a six-year low.

Another important driver of the U.S. economy, the housing market, has been moving sideways of late. In September, housing starts jumped 6.5% from August, but almost all that construction was in the multifamily sector, suggesting that developers still don’t see demand for single-family homeownership yet. The reason? Stagnant wages and tight credit have made it increasingly difficult for the typical American to qualify for a mortgage or afford a downpayment. Banks, on the other hand, are much more eager to lend to car buyers for the simple reason that the collateral backing the loan is much less costly to repossess.

At the same time, the labor market is tightening. Even the broadest measure of unemployment, the U-6 rate, has come down dramatically in recent years. But even with this pronounced decline, this measure of underemployment remains right around where it has usually been during the worst of previous recessions.

So while underemployment is still elevated compared with previous periods in U.S. history, and a strong dollar is dragging down U.S. manufacturing, there has still been a marked improvement in the labor market since the worst of the financial crisis. These newly employed workers have to get to work somehow, which is surely one explanation for the big increase in auto sales of late.