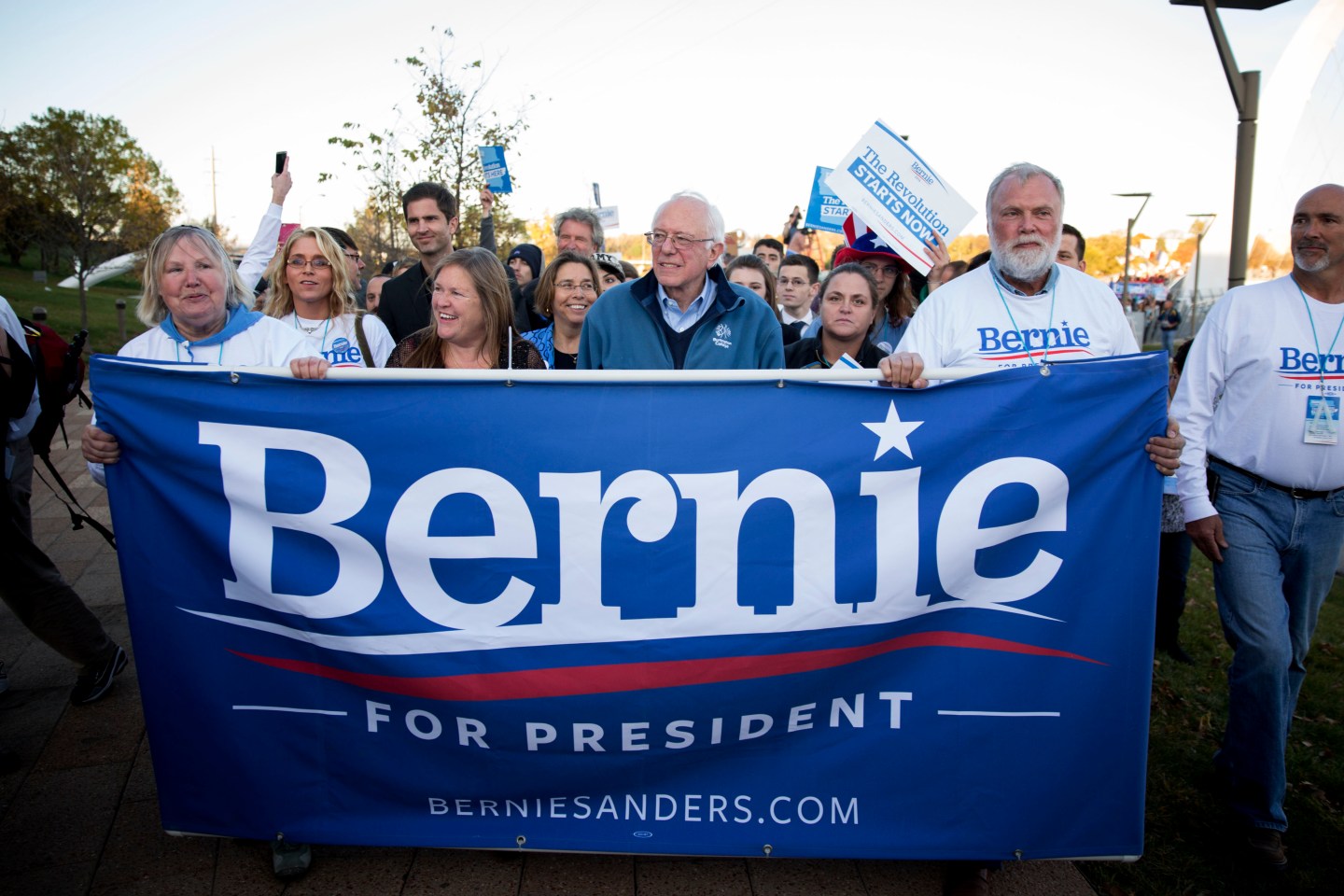 Senator Bernie Sanders, an independent from Vermont and 2016 Democratic presidential candidate, leads a group of supporters across a bridge ahead of the Jefferson-Jackson Dinner in Des Moines, Iowa, U.S., on Saturday, Oct. 24, 2015. With Vice President Joe Biden officially out of the presidential race, the nation's first nominating contest between front-runner Hillary Clinton and Sanders is gaining steam, according to a new Bloomberg Politics/Des Moines Register Iowa Poll. Photographer: Daniel Acker/Bloomberg via Getty Images
Photograph by Daniel Acker — Bloomberg via Getty Images

The one-minute video begins with a brief biography, telling viewers how he was the son of a Polish immigrant and lived in a tenement in Brooklyn. Sanders went to public school and then college, “where the work of his life began, fighting injustice and inequality, speaking truth to power,” a narrator says.

The ad mentions Sanders’ opposition of the Iraq war and his support of clean energy, living wages, equal pay, and tuition-free public college. It’s been his support of these policies, the ad says, that helped him get elected as a mayor, House Representative, and finally Senator.

The spot, on which the Sanders campaign is spending $2 million in ad buys, will be broadcast in Iowa and New Hampshire, USA Today reports, targeting those Americans who will be the first to vote. The most recent Marist poll, published early last month, shows that since July, Democratic frontrunner Hillary Clinton has lost support in both states, while Sanders has gained to close the gap between them. As of October, Clinton received 47% support in Iowa to Sanders’ 36%; he has more support than she does in New Hampshire, with 48% to her 39%.

The self-proclaimed Democratic socialist also gave an impressive performance in the first Democratic debate, hosted last month by CNN. Though most media pundits agreed that Clinton was the clear winner, informal polls across the Internet showed that Sanders won.