Seasonal craft beers you must try this fall 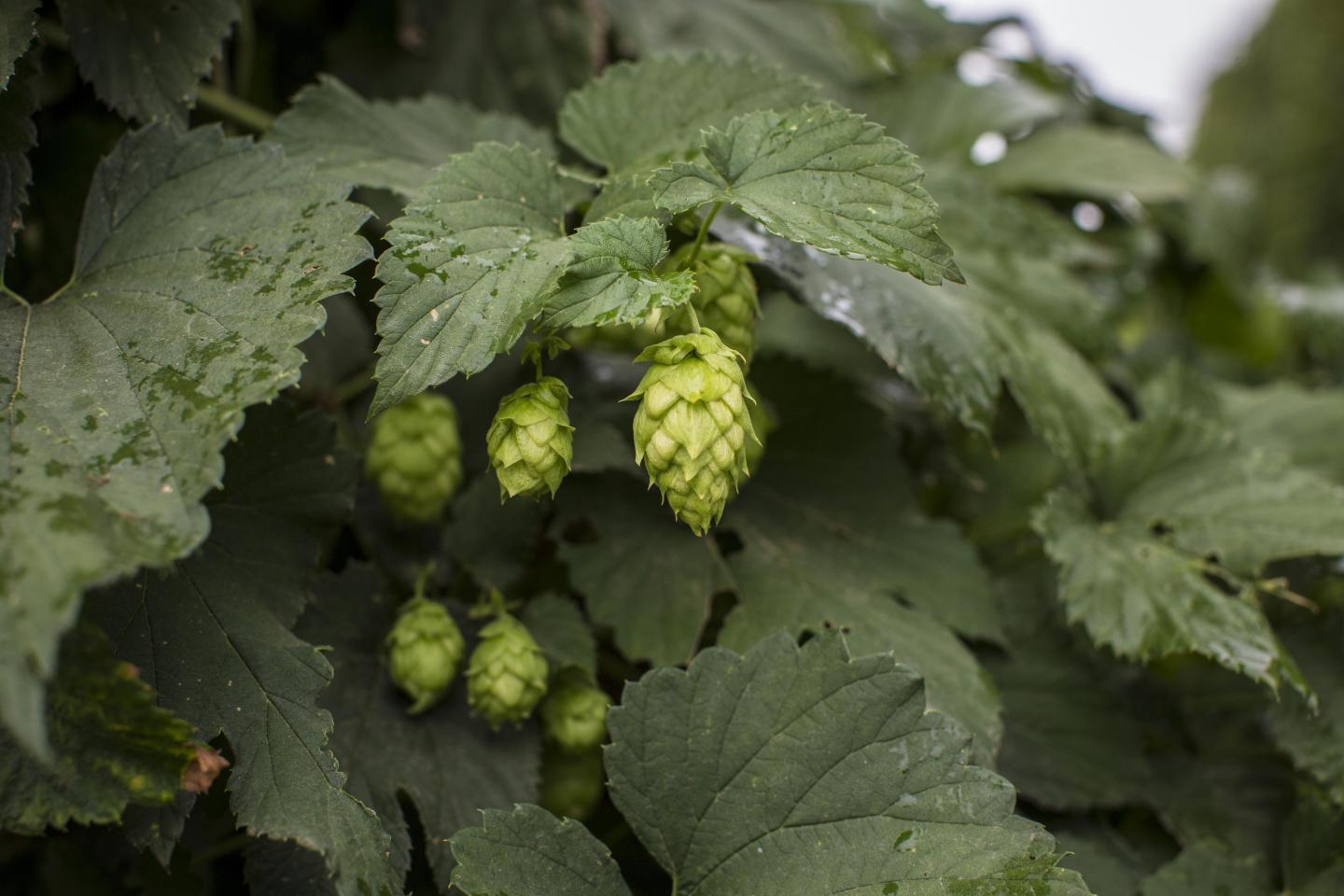 Hops, like those pictured above, are a critical ingredient in most beers.
Courtesy of Crosby Hop Farm

If you’re looking for an especially fresh IPA, now’s the time to grab one.

Starting in late August, the 2015 hop harvest kicked off for growers around the country. And while it was a brutally hot summer, early indications are things went well. The Hop Growers of America says it expects 3.5 million additional pounds of hops this year – thanks largely to the addition 6,000 acres that were planted this year.

“In Oregon, the weather ended up being a real blessing in disguise,” says Blake Crosby, principal at Crosby Hop Farm. “Initially, we thought it would give us a lot of grief. Ultimately, we had some very good yields, in many cases 15-20% above average – and thankfully in [hop] types that were in demand, like centennial, cascade first gold and amarillo.”

Globally, things are a bit different. In 2014, farmers produced 211 million pounds of the critical beer component. This year, the projection is just 198.2 million. That may result in some shortages of certain varieties – particularly European noble hops, which are more sensitive to warmer weather.

The end of the harvest marks the beginning of the short brewing season for wet hopped beers – something you definitely should be exploring if you haven’t before.

A large number of IPAs are made with kiln-fire dried hops or hop pellets – dried, compacted versions of the hops that add bitterness and citrus, pine and other notes to beers. Wet hopped beers, though, make their way straight from the farm to the brew kettle, bypassing the kiln. The difference is not unlike that of fresh herbs and dried herbs.

Time is critical in making these beers. Heat is detrimental to wet hops – and they need airflow to keep the oils and aromas at their peak. Brewers close to hop farms transport them via cherry bins, while those who have them shipped make sure they’re packed in boxes with dry ice.

The range of flavors for wet hops is tremendous, running from earthy to citrus explosions. And they all are characterized by an oily mouthfeel (which I mean as a compliment) that keeps the taste alive in your mouth for a longer period of time.

The time factor involved in making these beers makes them easy to find in the Pacific Northwest, where the vast majority of hops are grown, but they’re a little more difficult to find in other places. The good news is several brewers with larger national footprints now offer their take on the style, including Lagunitas, Sierra Nevada, Deschutes, Full Sail and Sixpoint.

The secret to enjoying a wet-hopped ale? If you get your hands on one, drink it… quickly. While you may have heard the advice to not let an IPA sit around too long, wet hopped IPAs are special beasts. The sooner you consume them, the more vibrant they are. They aren’t beers you want to save for a special occasion.

Ready to give a wet-hopped beer a taste? Here are some great ones we’ve sampled so far this season.

Deschutes’ Hop Trip – Deschutes says it throws these hops into the brew kettles within four hours of picking. The result is a tangy, hoppy IPA that’s filled to the brim with grapefruit and orange flavors. It has a low bitterness and creamy mouthfeel that helps it go down incredibly smooth. (ABV: 6.1%)

Founders Harvest Ale – This wet-hopped offering explodes on your palate in the best possible way. It has a wonderful aroma that you’ll catch long before the glass hits your lips. And it’s loaded with big, juicy hops that bring citrus to mind, but that’s not the predominant flavor. Instead, it’s a more earthy beer. And it’s all wonderfully balanced with a good malt backbone, giving it a hint of sweetness. (ABV: 7.6%)

Victory Harvest Ale – Like several other harvest ales, the hops for this are dumped into the boiling kettle within hours of coming off the vines. In this case, the mosaic and citra whole flower hops result in a fine combination of pine and grapefruit. The oils in the hops can be felt in each sip, which gives the flavor an added punch. (ABV: 6.5%)

Sierra Nevada Harvest Wet Hop – The granddaddy of wet hopped beers, this style was first brewed in 1996. It set the pace for others and it’s still worth seeking out. It’s a blend of grass, pine and citrus that leans a bit toward the bitter, though a caramel malt backbone tempers that. Compared to other wet hopped beers, it’s surprisingly spicy. (ABV: 6.7%)

Lagunitas Born Yesterday Pale Ale – You won’t find a wet-hopped beer that’s much fresher than this short of visiting a brewery. Brewed earlier this week, it’s already available in California, Oregon and Washington – and the brewery is expediting it to other states – this is a ridiculously fresh beer. And it’s all the better because of it. Zesty is the best way to describe it, but the longer version is it’s heavy on pine and ripe with the hint of citrus. It’s one of the crispest beers I’ve ever tried with an oily mouthfeel and very dry finish. If you see this, grab it, dunk it in ice water for 20 minutes or so then drink it. The fresher, the better. (ABV: 6.5%)