If Starwood is sold, here’s what could happen to your points 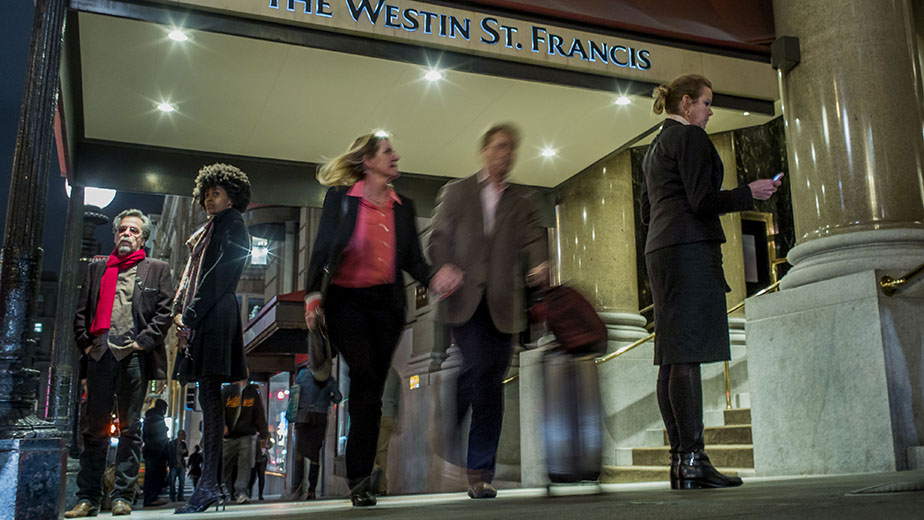 For frequent Sheraton, W Hotels and Westin guests, the rumored acquisition of Starwood by Hyatt or one of several Chinese suitors raises one enormous question: What will happen to my points?

Both Starwood and Hyatt have well-regarded loyalty programs. In fact, experts agree they are among the two of the top rewards programs in the business. Starwood Preferred Guest, for example, imposes few few capacity controls on rooms. Similarly, Hyatt’s program, called Gold Passport, is know for its generosity.

“They’re both great programs,” says Jason Steele, a credit card expert at at CompareCards.com. “It would be a shame to lose one.”

But what if Hyatt acquired Starwood and merged the two programs? No one knows exactly what would happen next, says the leading expert on loyalty programs, Tim Winship of Frequentflier.com. “Affected travelers can only hope that a merger of the two schemes will result in the best-of-the-best features being retained, rather than a lowest-common denominator outcome,” he says, adding, “Both programs have their strengths and weaknesses.”

If there’s a consensus among the points pros, it’s that the rewards will be fine — for the moment. “We would expect no immediate changes to the programs,” says Matthew Goldman, CEO of Credit Card optimizer Wallaby Financial.

“In most loyalty mergers the programs run separately to start,” he adds. “Over time, a single program will have to emerge, but whether it will follow the rules of Hyatt or Starwood is unclear.”

Goldman, who has lifetime gold status with Starwood, says the points earnings and value structures between Starwood and Hyatt differ in a meaningful way. That means a conversion will have to be built.

“We would hope to see the best features from Starwood and Hyatt, such as no blackout dates, stay the same,” he says.

Robert Harrow, a credit card expert at ValuePenguin.com, says a simple conversion between Hyatt and Starwood would be a worst-case scenario.

“The Starpoints — Starwood’s loyalty points — are some of the most valuable rewards points on the market,” he says. “We conservatively estimate their worth to be $0.022 per point.”

But the companies will need to tread carefully, says loyalty program researcher Laura Mandala. The conversion formula must be developed in consultation with other stakeholders.

“It’s often a complicated formula in determining points and their value and the most loyal guests are usually the most adept at tracking and understanding the system,” she says. “Any changes a hotel company wants to make should be made in consultation with their most loyal guests.

Over the long term — and assuming this deal goes through — guests will have to pay close attention to their program rules.

“For example, one of the greatest things about Starwood’s programs is that you can transfer your points to miles with about 30 different airlines,” says Steele of CompareCards.com. “No other hotel program offers that at such a great ratio. Should these two companies merge and should that great feature be discontinued, you’ll receive advance notice to redeem your rewards over the next month or few months. If loyalty customers keep track of what’s going on, they’ll still have time to utilize their rewards.”

A far more uncertain scenario would involve an acquisition of Starwood by one of its Chinese suitors. Experts say the points would also remain safe in the short term, but there’s a greater chance of a devaluation similar to what followed Hilton’s 2007 leveraged buyout, which led to some unpopular program changes.

Here’s what happened with Hilton

Brian Karimzad, director of the loyalty program site MileCards.com, followed the Hilton devaluation closely. In 2009, Hilton announce an increase in award prices. “It was at a time when room rates were plummeting and cash flow was tightening, but it did so on insight that it had historically given away too much room value to members who perhaps didn’t fully appreciate that value,” he says.

In 2013, just a few months before filing for an initial public stock offering, Hilton became even more aggressive in charging more for high-end hotels with points, nearly doubling their point cost, he recalls.

“Hilton made points relatively easy to earn,” he says. “Then it raised prices more aggressively than other programs. Think of it like a central bank targeting high inflation with the easy money of low interest rates.”

But Hilton’s program also has more than its fair share of critics today. If Hyatt, or another brand buys Starwood, makes a misstep, it will have plenty of company. “It would destroy part of the massive value of an acquisition to anger the most loyal customers,” says Goldman, the Wallaby Financial executive.

In a way, thought, a botched program merger would only underscore a fact about loyalty schemes often overlooked by the experts: that in the end, the only real winners are the companies offering the so-called “rewards.”