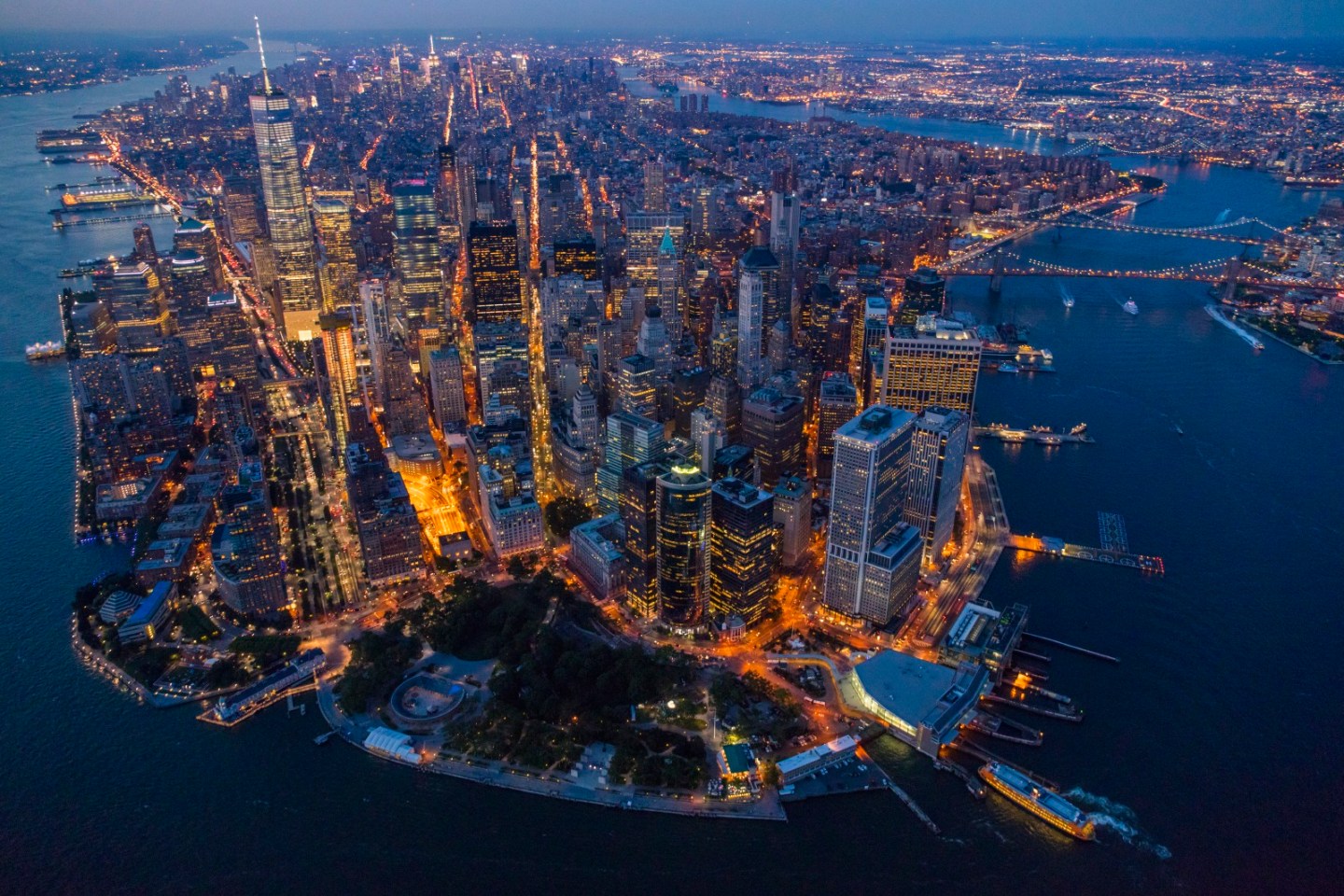 At twilight, Manhattan resembles a vast living organism with ribbons of energy pulsing through its streets and up into its hundred thousand buildings.
Photograph by George Steinmetz

Ever feel like you are constantly being photographed? Well for a New Yorker that is everyday life. As the most photographed city in the world, according to Sightsmaps.com, it is difficult to find a new way to capture something that has been taken in every way imaginable.

Photographer George Steinmetz does just that. While we only see what is below, Steinmetz takes to the skies to give us captivating views of this diverse and historic city. From iconic places like Times Square, to lesser known places like the Marcus Garvey swimming pool in Harlem, and even new landmarks like the High Line, he takes us on a journey of the view from above. He shoots in all seasons and even captures New York’s traditions like the U.S. Open and the Rockefeller Center Christmas tree. In his book, titled New York Air, Steinmetz even adds a bit of detail and some historical facts to each of his images of the five boroughs.

An exhibit of Mr. Steinmetz’s aerial portraits of New York City will be on view at the Anastasia Photo Gallery in Manhattan from November 3 through January 9. The exhibition will be his fourth to take place at the gallery.

Take a look at a few of the images you can see from the exhibition and his book below.

The Chrysler Building on an early summer evening in New York City.Photograph by George Steinmetz

Looking south from the North Meadow baseball fields in Central Park in New York City on a Sunday morning in early spring.Photograph by George Steinmetz

Runners take cups of water from volunteers along 4th Avenue in Brooklyn.Photograph by George Steinmetz

Looking down on Times Square in NYC on a summer evening.Photograph by George Steinmetz

Rockefeller Center on a busy shopping day a week before Christmas, as seen from the roof of Saks Fifth Avenue.Photograph by George Steinmetz

George Steinmetz is no stranger to Fortune. He has photographed for the magazine for a few years and has produced such amazing photographs for us like our 2014 portraits of the Fortune 500 and of Williston, North Dakota for our coverage on fracking.