Here’s some really good news for the European economy 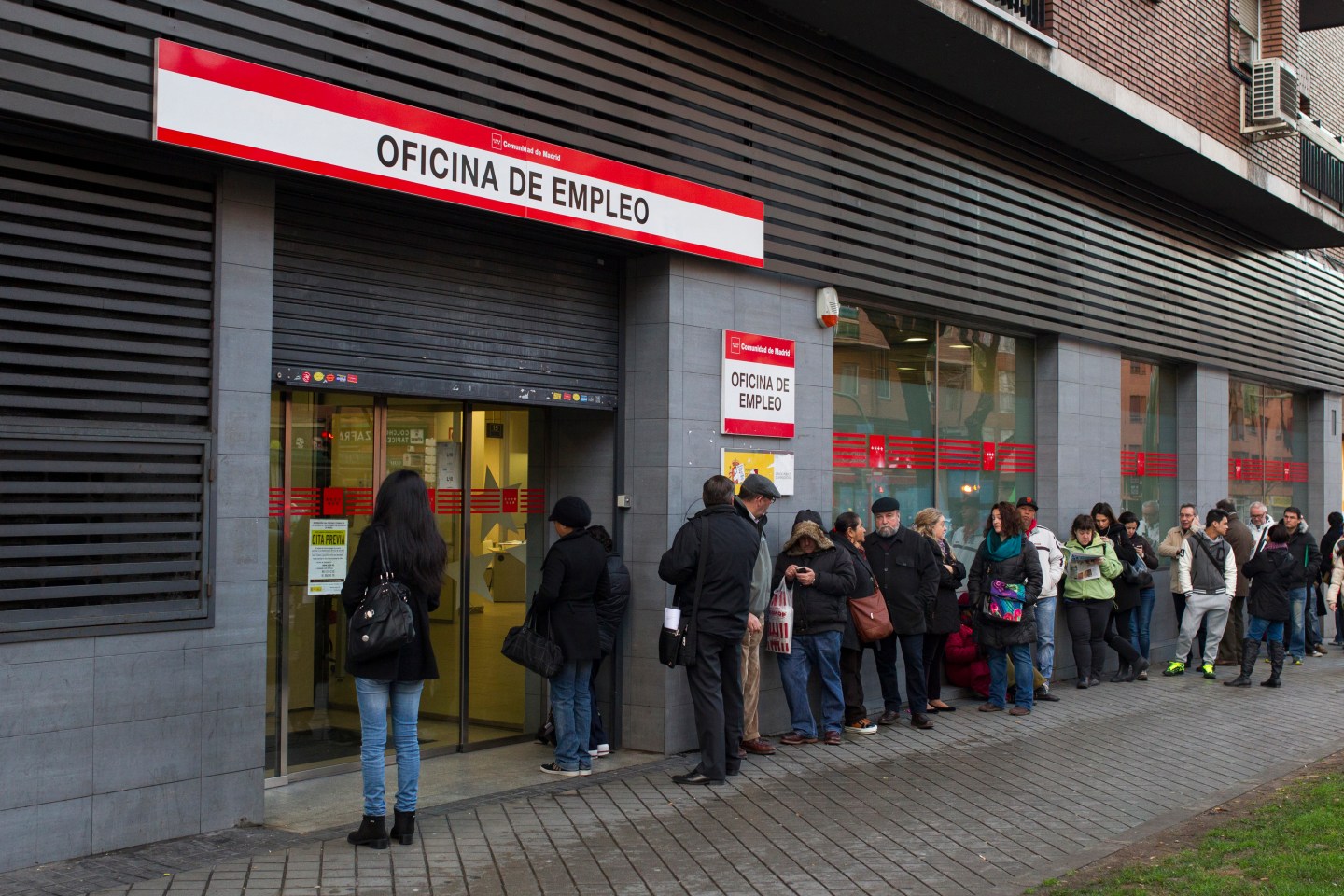 Jobseekers queue to enter an employment center before opening in Madrid, Spain, on Wednesday, Jan. 22, 2014. The worst of Europe's debt crisis is over in the eyes of most international investors, a shift in sentiment reflected by increased demand for the region's financial assets. Photographer: Antonio Heredia/Bloomberg via Getty Images
Photograph by Antonio Heredia — Bloomberg via Getty Images

On the whole, the eurozone’s unemployment rates are improving: 23 member states saw unemployment decrease in the past year, and only four recorded an increase. This quarter was especially promising: the third quarter unemployment decline ending September was the largest quarterly drop since 2007, according to the Chief European and UK Economist at IHS.