Why Coke is expanding beyond League of Legends eSports 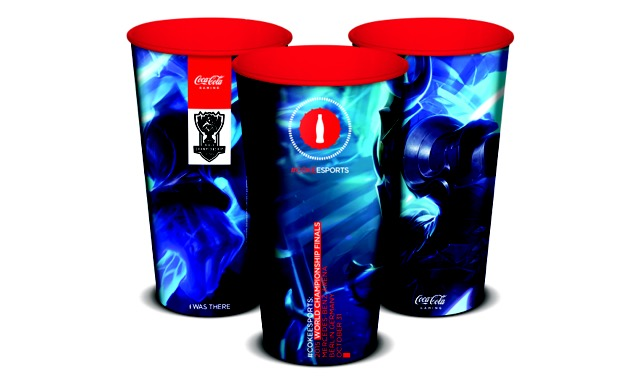 Coca-Cola has spent the past two years connecting with fans of the most popular eSports title in the world, Riot Games’ League of Legends. The soft drink maker will be in full force at the Oct. 31 League of Legends 2015 world championship at Mercedes-Benz Arena in Berlin, and it’s expanding its reach into other eSports titles.

In October, Coke launched ESports Weekly, which is produced in collaboration with lifestyle site IGN and is livestreamed online Friday evenings at 7 p.m. Eastern on Twitch and IGN before being archived on YouTube.

“It’s a 22-minute news program where fans can learn all about what’s going on in eSports and their favorite games,” says Matt Wolf, head of global gaming at Coca-Cola. “We’re able to speak to all of the different games through this show, which features in-depth explorations of games like Blizzard’s StarCraft 2 and Valve’s Dota 2 and Counter-Strike: Global Offensive. It allows us to democratize our place in the eSports space.”

Wolf says the show will evolve through the end of this year, as fan feedback through live chat and social media is steering the direction of the content, and ultimately molding what the show will be in 2016 and beyond.

“The audience reaction has been strong so far and this show further cements our place in eSports,” Wolf says.

The show will cover events like BlizzCon 2015, which features eSports tournaments across Blizzard Entertainment’s lineup of games. It also intersects with Coke’s sponsorship of the League of Legends Championship Series (LCS). Reporters from ESports Weekly will film interviews during the world championship at the Coke ESports Lounge, which is the largest suite inside Mercedes-Benz Arena.

Coke (KO) continues to expand its partnership with Cinemark movie theaters by offering big-screen viewing parties in 11 cities across the U.S. For the world championship, they added a fan voting tool to select the last three locations; Kansas City, Chicago, and Florida won out. Because of the time difference in the U.S. (the match starts at 2:30 a.m. Pacific), Europe received the bulk of the promotion this year, with Cinemark viewing parties in 80 locations spread across multiple countries.

“The high-quality feed and community aspect are the key draws for fans to celebrate what is their Super Bowl,” Wolf says. “They get an exclusive League of Legends cup, Coke thunder sticks and other swag to mark the occasion.”

Patrick Walker, vice president of insights and analytics at EEDAR, says Riot Games’ worlds is the biggest eSports event of the year. And the world championship is the culmination of that World Cup-style elimination tournament.

“It’s important that a major mainstream brand like Coke is sponsoring the event,” Walker says. “Riot is the market leader in eSports, so other companies use Riot as a proof of concept. If the Coke sponsorship is successful, many other major brands will be more willing to commit major money to tournament sponsorship. This sponsorship is a potential tipping point in the relationship between advertisers and eSports.”

According to Ed Zhao, business analyst at EEDAR, eSports viewers have been fairly receptive toward brands that have advertised. Only about 3% of users stated that seeing a brand in eSports would decrease their interest in the brand, while another 3% stated that it would depend on the brand itself.

“A lot of eSports viewers realize that it’s a movement still in its nascent stages,” Zhao says. “These viewers are happy to see the support unless it’s overly outlandish.”

A recent study found that Coke was the No. 1 non-endemic eSports brand with League of Legends gamers. Aside from Red Bull, which hosts its own eSports competitions and livestreams them to the world, the Atlanta-based drink maker stands on its own as an early player in what has become a global phenomenon with over 226 million fans, according to research firm Newzoo.

By expanding to additional eSports, Wolf hopes to find similar results by sharing the passion of eSports fans and offering them value.