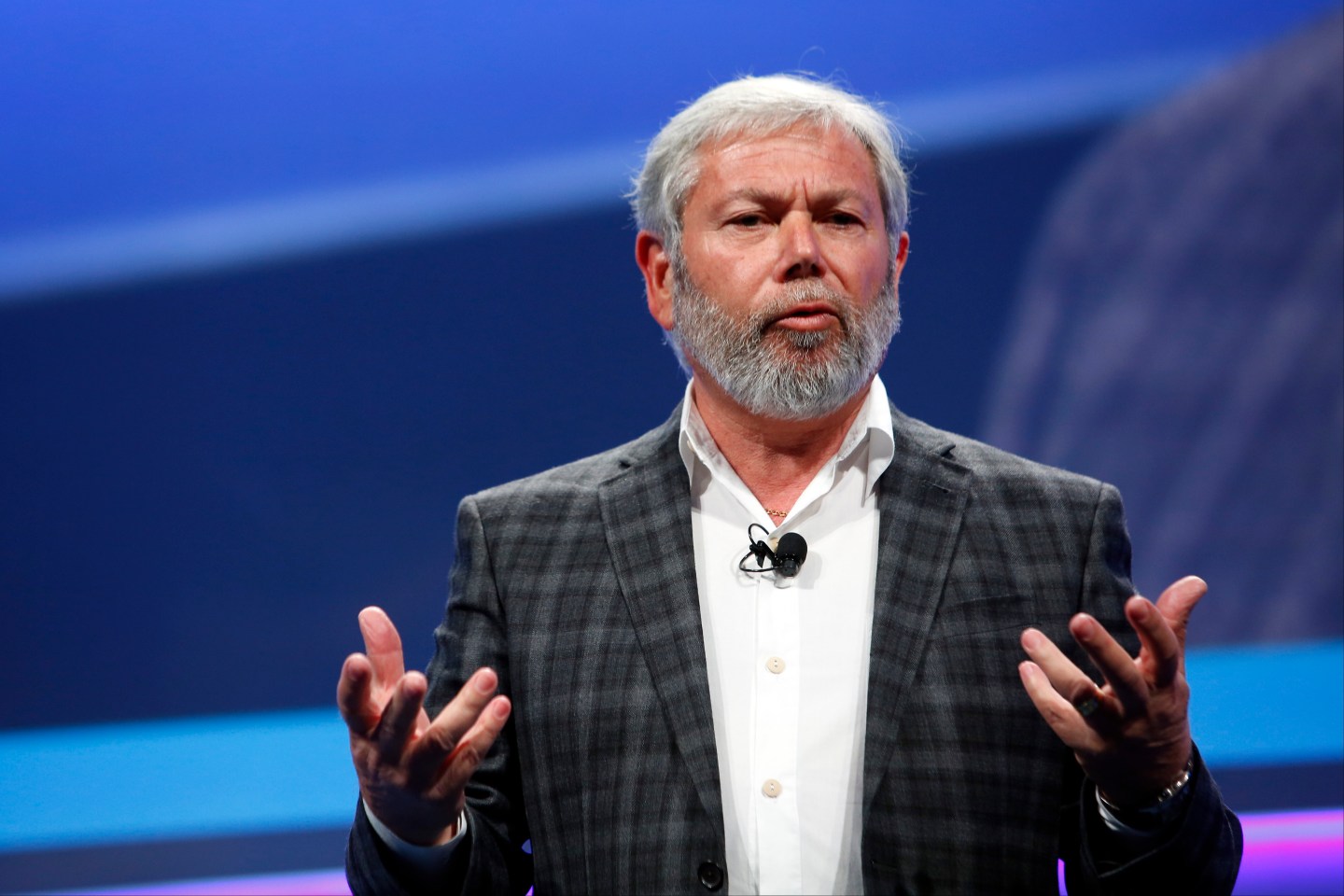 The CEO of 3D Systems, a high-profile 3D printing company struggling to turn industry hype into a fast growing business, has stepped down, the company said on Thursday.

Avi Reichental, who had been with the company for a dozen years, has been replaced on an interim basis by Chief Legal Officer Andrew Johnson.

Reichental’s departure came after a major decline in the company’s share price . Since reaching a high of $97.25 in 2014, its stock has fallen nearly 90%.

3D printing has quickly expanded into industries like medicine, manufacturing, and cooking. But questions remain about the market viability of consumer 3D printing, one of three sectors that 3D Systems has targeted along with professional and industrial-grade printing.

In other words, 3D printing as something that could touch the lives of millions seems to have been overhyped. The effects are being felt by some companies that have been in the vanguard of developing 3D printing technology, not just 3D Systems, but also rival MakerBot, which has laid off more than 100 employees over the last seven months.

3D Systems’ year-over-year revenues in the second quarter grew 13% to $170.5 million, about $3 million short of analyst estimates. But in the company’s earnings call, Reichental said, “Overall, we’re disappointed with our results,” and blamed the company’s “rapid expansion”—3D Systems acquired three companies in 2014—for creating “operating efficiencies that we are currently addressing.”

In a statement, 3D Systems co-founder Charles Hull said about the executive change, “As our industry continues to evolve and we look to the future, we are focused on aligning our resources and programs to best serve our customers.”

3D Systems has also had to contend with legal issues. In August, some shareholders sued 3D Systems “saying Reichental and other executives overestimated the company’s ability to deliver printers,” according to the Charlotte Business Journal. As Fortune reported today, 3D Systems also recently lost an arbitration case filed by Ronald Barranco, the owner of a company 3D Systems acquired in 2011, that requires it to pay $11 million.

For more about 3D printing, watch this Fortune video: