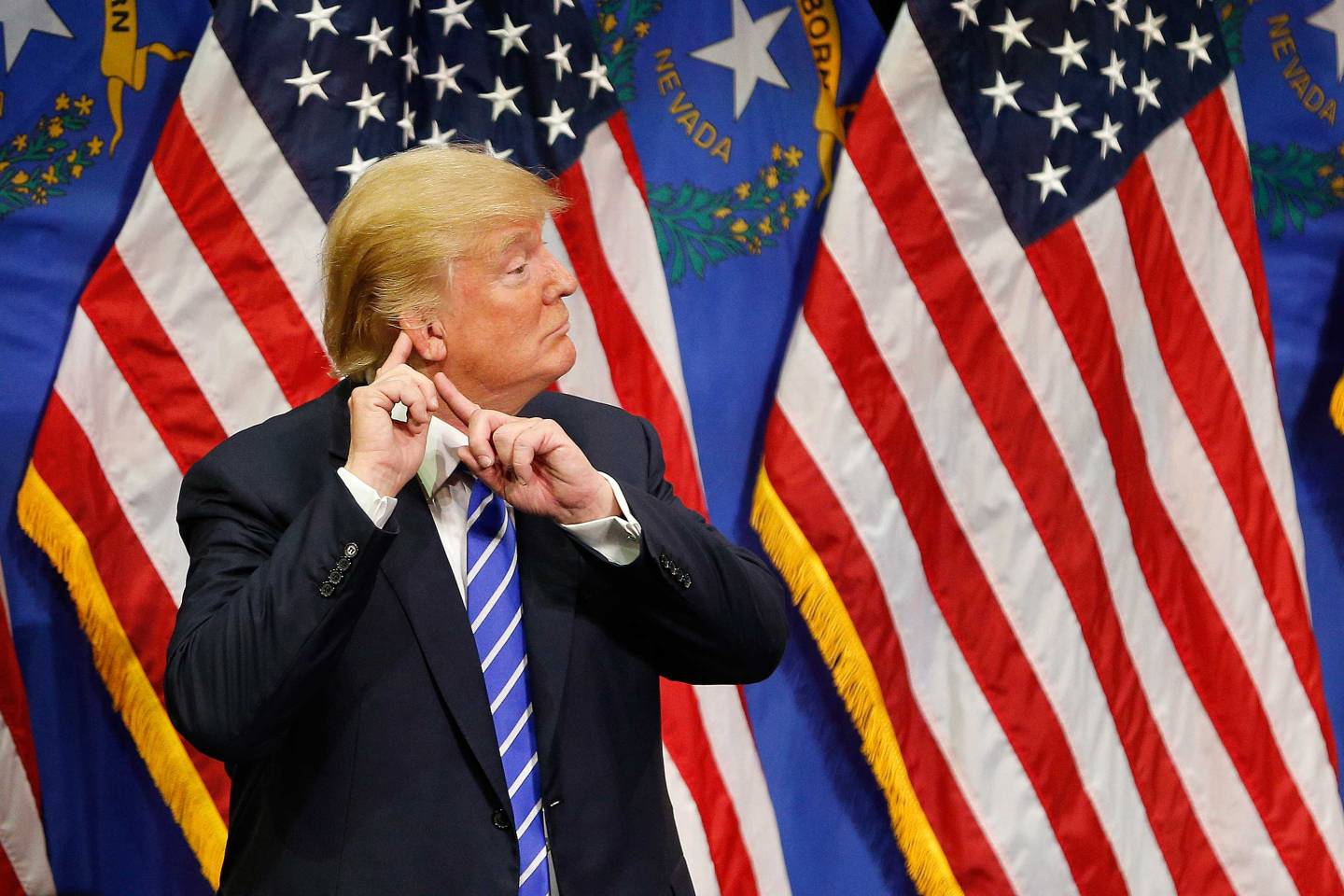 The fractured field of Republicans looking to win the White House was bracing for what they’ve long thought could be the most dangerous moment during the campaign: a deflating Donald Trump.

Heading into Wednesday night’s debate, Trump has slipped from atop the polls in Iowa and is slowly sliding down in national surveys, as well. Increasingly, The Donald has sounded more like someone who is going through the five stages of grief: he’s moved past denial to anger, with bargaining right around the corner. Strategists for his rivals worry that the brash billionaire is incapable of accepting his pending losses, and might lash out in ways that will leave the GOP unable to recover.

“What the hell are you people doing to me?” Trump half-jokingly asked an audience in Iowa on Tuesday. “If I lose Iowa, I will never speak to you people again.”

That anger and frustration was flying into Colorado with Trump, where he will meet nine rivals on the main debate stage, after four lower-polling foes face each other in a pregame event. All eyes will be on Ben Carson, the celebrated retired neurosurgeon whose faith has helped knock Trump from the top polling status in three Iowa polls and in some national ones, too.

Clustered near each other in the middle of the pack, Sen. Marco Rubio of Florida and former Florida Gov. Jeb Bush appeared ready to break their unofficial détente. Former tech executive Carly Fiorina, who used two stellar debate performances so far to build momentum, was looking to reclaim her luster. And Sen. Ted Cruz, the Texas firebrand and tea party darling, stood ready with his snarky one-liners the his advisers hope will help him collect the support of Trump and Carson should they falter and exit the race.

But the campaign also has other candidates in play, further complicating efforts by Establishment-minded conservatives to coalesce an anti-Trump bloc. Former Arkansas Gov. Mike Huckabee is badly lagging in national polls but the 2008 winner of the Iowa caucuses still has deep reserves of good will among Evangelical voters. New Jersey Gov. Chris Christie, the tough-talking former prosecutor, has built some of the strong political machines in the campaign with superior cogs in Iowa and New Hampshire. Ohio Gov. John Kasich is looking to reignite the imaginations of his party, while Sen. Rand Paul of Kentucky arrived in Colorado sulking about sinking poll numbers and lousy fundraising.

But it is Trump who continues to drive the conversations. The billionaire defied political logic through the summer and early fall. His insults to immigrants only won him more support in the GOP, even as business partners scurried away. He is set to host Saturday Night Live in the coming weeks on NBC, a network that canned him over his hostility toward immigrants in the country illegally. Immigrant-rights groups are already planning protests of the Peacock Network over that coming turn on Nov. 7.

Advisers to Trump’s rivals worry that he might try to recreate his summer magic with even more invectives. He’s already gone after Columba Bush, a Mexican-American immigrant, and Fiorina’s appearance. He’s mocked Paul’s hair and questioned Carson’s faith. “He’s completely unpredictable,” says one Republican strategist whose candidate already has dropped out. “And that makes him dangerous.”