Amazon is plotting a QVC killer for next year 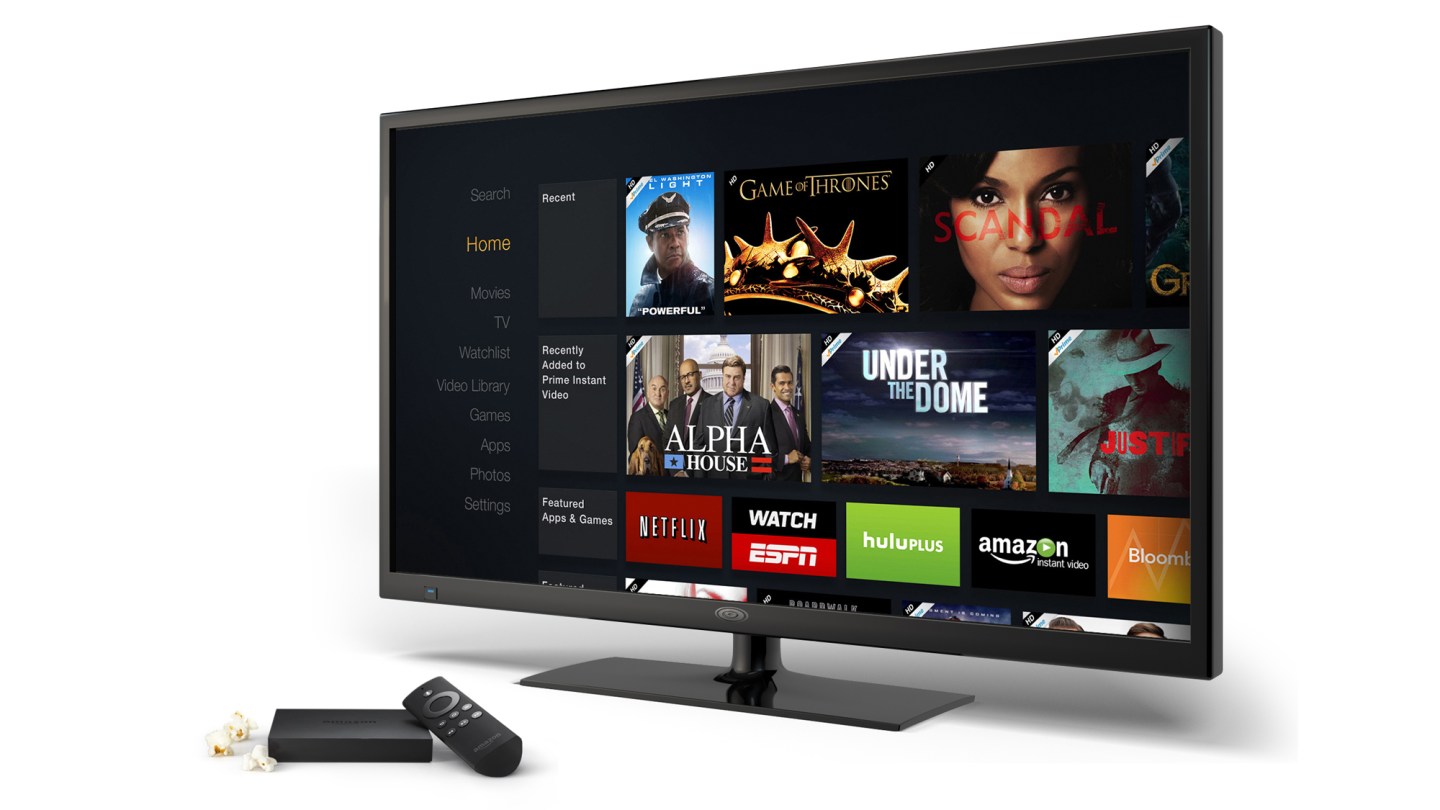 If you haven’t noticed yet, most everything Amazon builds somehow connects back to its central business: commerce. Just look back at the Fire Phone’s features for unequivocal proof.

So it’s no surprise that the company is plotting to turn its media streaming devices, the Fire TV and Fire TV Stick, into a shopping hub right on you television. According to a report from GeekWire, Amazon (AMZN) has quietly rolled out a shopping feature in these devices that lets users purchase items like Hershey’s candy or a FitBit Charge tracker from banner ads on the home screen. Purchasing is done in just a few clicks, thanks to the user’s credit card already being on file with Amazon, and items are delivered for free for Amazon Prime customers.

But if that’s not enough, the online retail giant is apparently also planning to release its own shopping channel, à la QVC, except that purchases can be done right from the screen, according to the report. The channel is slated to come out next year. Amazon is also looking to integrate this with its X-Ray feature, which uses Amazon’s IMDB subsidiary to display information about TV shows or movies like the actors or music, and have it display details about the products on the screen.

As GeekWire points out, Amazon has been looking into the idea for quite some time. Its acquisition of games streaming service Twitch last year could help it develop additional channels to promote and sell products in the form or shopping channels or shows. The company has hosted a few live shows about new products in the past year or so, such as one for Sony’s action camera last November.

This is also something that Amazon is much better positioned to do than its competitors in the media streaming device space like Google (GOOG) or Roku because of its existing and vast retail business — and relationships with brands.

While the possibilities are endless and Amazon is likely still thinking up ways to make you shop from your TV, one thing is for sure: it’s going to happen.

As Amazon’s Jeff Bezos has said in the past, “We want to make money when people use our devices, not when they buy our devices.”

Check out Fortune’s review of the newest Fire TV device.