This is what the E.U. thinks is ‘net neutrality’ 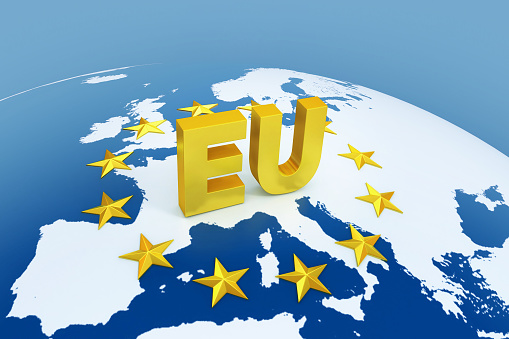 Europe has a very different idea from the U.S. as to what constitutes “net neutrality.”

On Tuesday, the E.U. parliament passed a bill that its authors claim will provide much-needed clarity on how the Internet should work, but which its opponents say is full of loopholes that will allow providers to favor their biggest commercial partners.

Lawmakers voted down last-minute amendments to the bill that aimed to strike clauses allowing practices that the U.S. Federal Communications Commission rejected earlier this year in its own ruling on net neutrality. As such, providers will be allowed to offer “specialized services” at higher speeds than standard services, and to offer “zero-rating,” which exempts traffic from certain sites and services from a user’s monthly data allowance.

Net neutrality is a concept stipulating that Internet service providers should enable access to all content and applications regardless of the source, and without favoring or blocking particular products or websites.

The European Commission, which drafted the bill, argues that providers won’t be allowed to do anything that violates individuals’ right to access “a high-quality, open Internet,” and says it “enshrines the principle of equal treatment of all traffic, without discrimination, restriction, or interference.” That in itself is a first for the E.U., where Internet policy has been a mish-mash brewed up by the 28 member states to date.

But there are plenty of exceptions to the rule. Providers will be able to offer zero-rating as long as it doesn’t violate the principle of non-discriminatory traffic management. They’ll also be able to charge for bandwidth that enables “innovative services,” a term that lobbyists and lawyers will be delighted to test in court at every turn.

Just as controversially, providers will also be allowed a lot of discretion on managing traffic during times of network congestion–even up to banning entire classes of traffic. That has raised fears that operators will hide behind technical excuses to mask what are essentially commercially-driven choices.

The FCC had outlawed “fast lanes” for providers on the grounds that it would allow them to decide, in effect, who gets good access, and who gets to watch the buffering symbol like a slack-jawed zombie. In Europe, that consideration has boiled down to a familiar “us versus them” calculus, conjuring up the specter of ruthless U.S. giants trampling European rivals.

“This two-class Internet will favor big providers from Silicon Valley like Google, Apple, and Netflix over smaller competitors who are mainly based in the E.U. and need ease of access to the market,” said Jan Philipp Albrecht, a German (and Green Party) member of the European Parliament. “Today’s a black day for Europe’s digital policy.”

If so, it does have at least one silver lining. Like all E.U. law, the bill that passed Tuesday is a messy compromise hashed out over months of three-way negotiating between parliament, the Commission, and the member states. If the final result is generous to network providers on net neutrality, it has at least forced them to set a date for ending exorbitant mobile roaming fees within the E.U., a bugbear for all business travelers and tourists. After June 15, 2017, roaming charges on voice calls will be capped at €0.05 a minute.