Law schools are lowering the bar 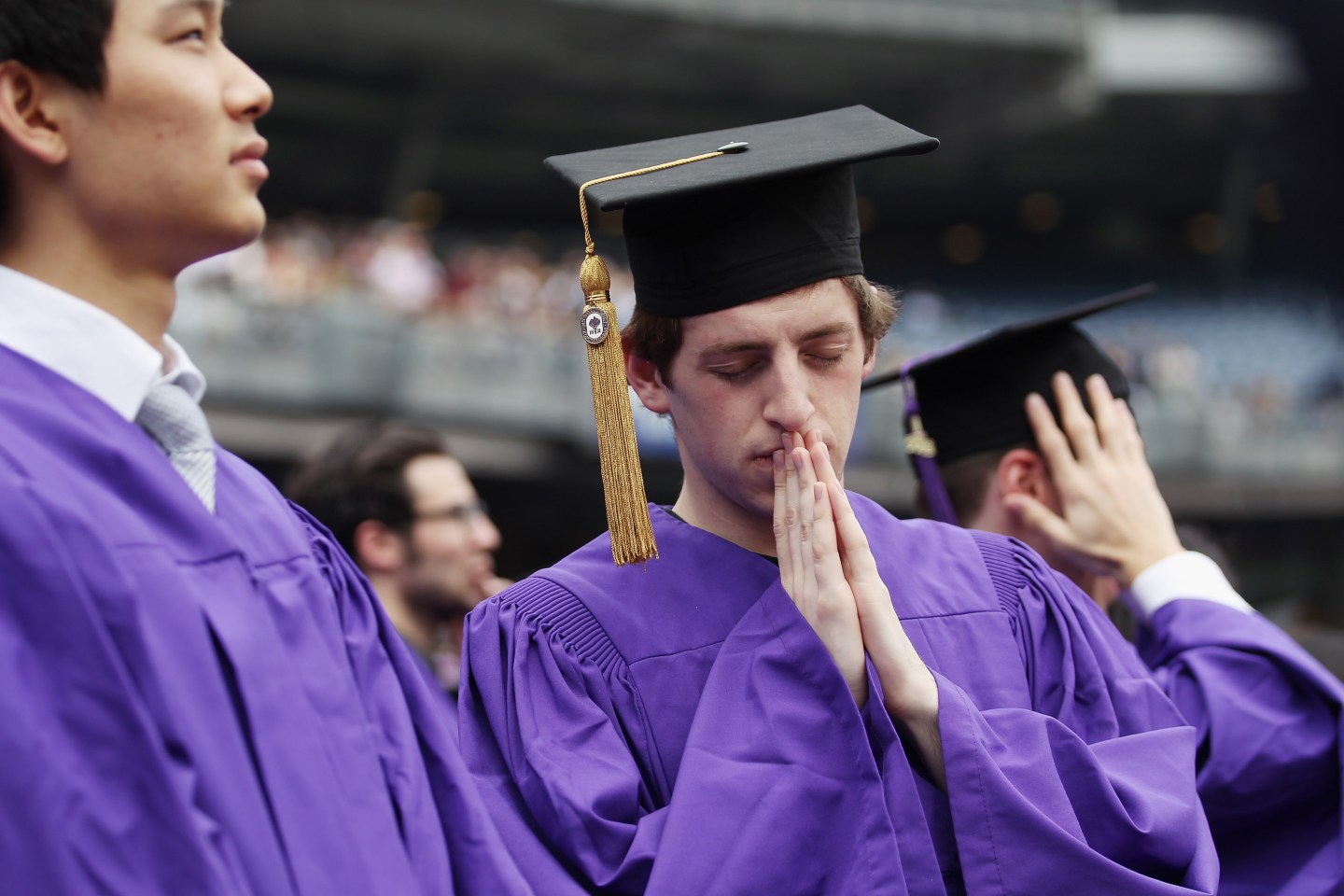 NEW YORK, NY - MAY 16: Graduating students attend New York University's commencement ceremony at Yankee Stadium on May 16, 2012 in the Bronx borough of New York City. U.S. Supreme Court Justice Sonia Sotomayor spoke to a crowd of more than 27,000 at the ceremony and was raised in a Bronx housing project not far from the stadium. (Photo by Mario Tama/Getty Images)
Photograph by Mario Tama — Getty Images

As law school enrollment plummets across the country, many institutions are lowering the bar for applicants. According to advocacy group Law School Transparency, 4 of 5 applicants get into at least one school they applied to compared to 69% in 2009-2010. Ten years ago, barely more than half of prospective students were accepted to a law school. The slackening standards are creating a group of students who are both destined to fail bar exams and mired in debt, according to a new report from the same non-profit.

Of the around 200 ABA-approved law schools the study considered, so-called “at-risk” students composed at least 25% of the entering classes last year at 74 of the schools. That’s a jump from 30 schools who admitted the same low-scoring student body profile in 2010. LSAT scores are a reliable indicator of a student’s ability to pass the bar, so a sub-150 score qualifies a student as “at-risk” to successfully attain a law license. About 37 of those schools admitted classes in 2014 where more than 50% of students had below-150 LSAT scores, according to the report — up from 9 schools in 2010.

“We cannot allow an increasing number of law students to enroll in a quest that is unlikely to succeed when the stakes are so high,” the report says. “Declining LSAT scores of admitted students is the first indicator of a potential bar passage disaster that won’t be evident for three years to the students who are affected, and four years to the ABA.”

Meanwhile, those students who earned low LSAT scores often subsidize their peers who are more likely to pass the bar, since scholarships go to those who achieved high scores. Those low-scoring students are more likely to end up saddled with debt and without a law license to show for it, the report said. For the class of 2014, fewer than one in five of the 74 schools that took on so many at-risk students achieved average legal job placement rates.

Law School Transparency isn’t the only group raising alarms. In January, University of St. Thomas professor Jerome Organ found that only a third of admitted law-school students scored above 160 on the LSAT in 2013, according to CBS. In 2010, 40.8% of students cleared 160.