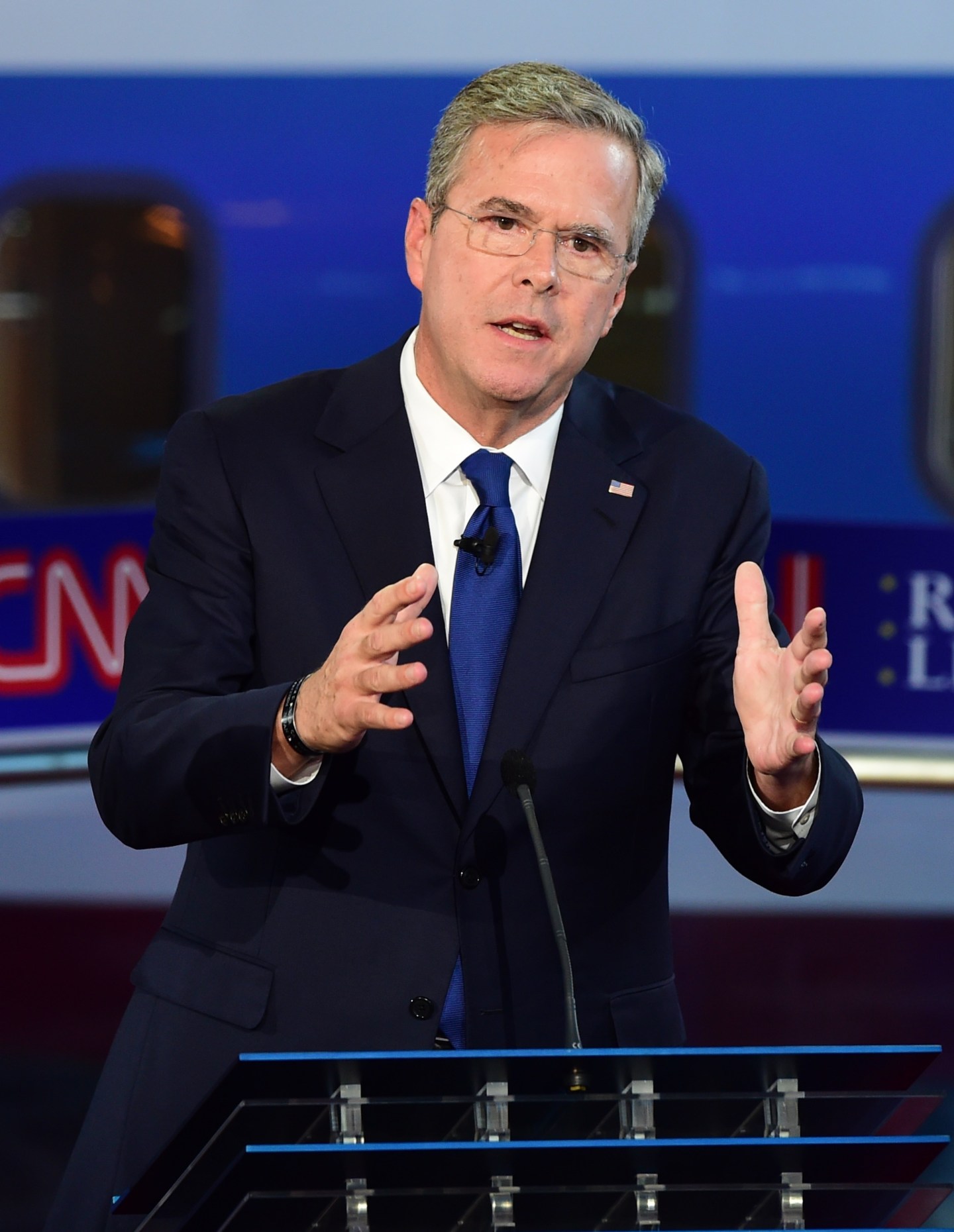 As Republicans prepare for Wednesday night’s presidential debate, Jeb Bush’s campaign is on life support. Dismal poll numbers and dwindling fundraising have driven the Bush campaign to the verge of collapse. On Saturday Bush even hinted that he might drop out of the race, declaring that “I’ve got a lot of really cool things I could do” besides run for president. With Bush’s candidacy in crisis mode, Wednesday’s debate is make-or-break for him.

A stunning decline
Few saw Bush’s swoon coming. Last spring he looked like the most logical Republican nominee for president, at least by any conventional measure. It was unimaginable that he would find himself in dire straits before a single vote was cast. Bush’s high tide came last spring when he led the Republican field in national polls.

Jeb had every reason for confidence. As the son and brother of presidents, he possessed sky-high name recognition and broad support among the old-line Republican Establishment. When the GOP campaign got underway, Wisconsin governor Scott Walker seemed like the only serious threat to Bush. But the days when Walker and Bush led the GOP field are ancient history. Poor debate performances, dreadfully dull speeches, and plunging poll numbers torpedoed Walker’s campaign before it ever got off the ground. Walker dropped out of the race in September, one of the biggest flops in recent political history.

Bush is starting to look like an even bigger flop. Like Walker before him, Bush’s poll numbers have fallen through the floor. Jeb trails far behind his rivals in all four of the key early states: Iowa, New Hampshire, South Carolina, and Nevada. Worse yet, Bush is stuck in single-digits in national polls, lagging behind Donald Trump, Ben Carson, Marco Rubio, and Ted Cruz. Remarkably, Bush does not lead in a single state. He is even losing in his home state of Florida.

Bush’s failure to catch fire is particularly striking in light of the enormous fundraising lead he once held. In the first half of 2015, the Bush Super PAC set fundraising records, amassing over $100 million. But in the last four months, Bush’s fundraising has dried up as his poll numbers have collapsed. On Friday his campaign announced dramatic staff and spending cutbacks. Why did Bush’s campaign go off the rails so badly?

Not his father’s party anymore
The biggest problem Jeb Bush faces is the changing nature of the Republican Party. Bush is a bland, middle-of-the-road establishment candidate at a time when GOP voters prefer extreme right-wing populists who lambaste the establishment. The GOP of 2015 is a fundamentally different party than the party that nominated Bush’s father in 1988. In the 1980s the GOP was a national party with support across all regions and strong appeal to the young, the suburban and the college-educated. In 1984 Ronald Reagan won 49 of 50 states and captured almost 60% of the popular vote. Four years later, in the 1988 presidential election, George H.W. Bush won 40 states, including California, Vermont, Connecticut, Maryland, Pennsylvania and New Jersey.

But the days when the Republican Party appealed to west coast and northeast voters in national races are long gone. Republicans have not carried California or New York in a presidential election since the 1980s. In 2015, the Republican Party is dependent on social conservatives, particularly white evangelical Christians. With each successive presidential election the party has become ever more estranged from young, diverse, urban, single and college-educated voters. Republican strength in presidential elections is now largely confined to arch-conservative bastions in the South and rural Midwest as the party has all but given up on the west coast and the densely-populated northeast.

The discouraging reality for Bush is that the GOP’s far right base views old-school establishment candidates with hostility. As his low poll numbers make clear, Bush has thus far failed to overcome that distrust.

Rubio’s challenge to Bush
Even within the Republican establishment, Bush’s star has dimmed. When Donald Trump ridiculed Bush as a low energy candidate, he merely stated the obvious. Bush is a low-key, uncharismatic speaker who lacks inspiration and dynamism on the stump. He has also made strange gaffes, such as defending his brother’s invasion of Iraq only to reverse his position later.

It is not surprising, therefore, that Florida Senator Marco Rubio has surpassed Bush in the polls. Like Bush, Rubio is a candidate from the party’s establishment wing. But unlike Bush, Rubio looks like a candidate of the future. He is young, he is the son of Cuban immigrants, and he is an energetic campaigner. If establishment Republicans want a new face to lead the party, their choice will be Rubio, not Bush.

One last shot for Bush
The bottom line, therefore, is time is rapidly running out for Jeb. With Trump and Carson surging in the polls and Rubio’s campaign gathering momentum, no candidate has more on the line Wednesday night than Bush. The debate is his last chance to persuade Republican voters to give him a second look. But if Bush has another lackluster debate performance, his campaign could well be over. Frontrunners who blow big leads in primary races don’t get many second chances. Just ask Scott Walker.

Anthony J. Gaughan is an associate professor of law at Drake University. This article originally appeared on The Conversation.