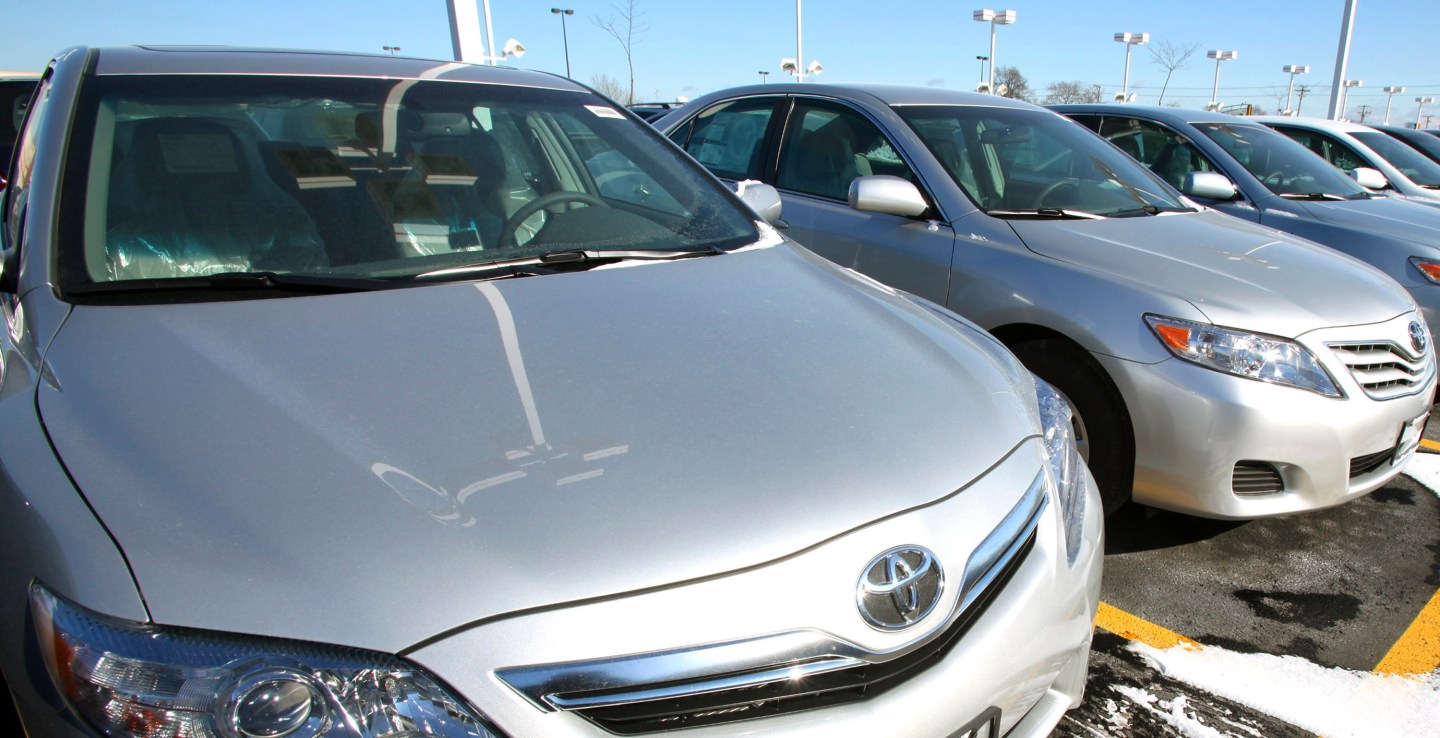 Toyota is recalling 6.5 million vehicles worldwide over a faulty window switch that can short circuit and catch fire.

The company said insufficient lubricant grease may have been used, which under certain conditions could lead the switch to malfunction, overheat and in the worst case scenario, lead to a fire. The Toyota models involved include the 2007 and 2009 Camry and Camry Hybrid, the 2009-2011 Corolla, the Yaris, RAV4 and Highlander, among others.

This recall is the latest in a string for the Japanese carmaker, and isn’t the first time the company is recalling cars over a faulty window switch. In 2012, more than 7.4 million cars were recalled due to a similar problem with the window switch.

Add this to a growing list of recalls that includes 2.9 million vehicles recalled in the U.S. over the faulty Takata airbag issue in June this year, a 6 million vehicle-recall to fix a range of safety issues last year, and the 2009 recall over malfunctioning brakes that affected more than 7 million vehicles.

Industry-wide, recalls are becoming more of an issue as automakers step up their game to avoid major scandals, and as more similar components are used across carmakers, The Wall Street Journal notes. In a look at National Highway Traffic Safety Administration data by Safercar.gov, last year saw a record number of vehicles recalled at over 74 million, and the figure has been growing over the years. See the chart above for more.