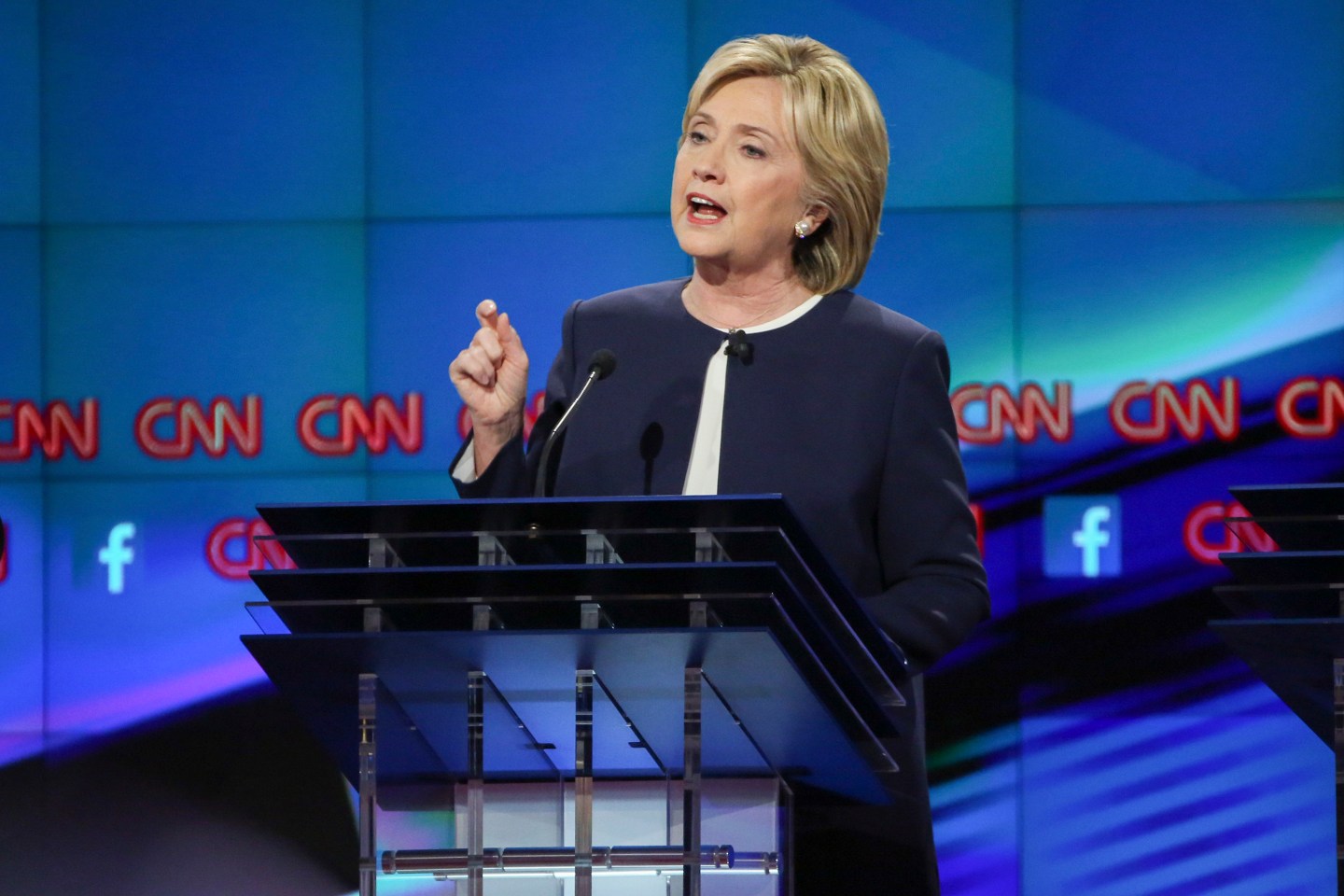 A week after CNN’s Democratic debate, former Secretary of State Hillary Clinton is riding a surge of support, according to a new poll conducted by the Wall Street Journal and NBC.

In fact, Clinton’s numbers are so dominant that even if Vice President Joe Biden mounted a run, it might not mean much for the race, according to the Journal.

The survey was conducted from Oct. 15­–18 and shows Clinton with 49% support. Sen. Bernie Sanders follows at 29%, while Biden has just 15% in a hypothetical scenario should he enter the race. The poll surveyed 400 people who expressed that they would vote in the Democratic primary.

Without the vice president on the ballot, Mrs. Clinton’s lead over Mr. Sanders opened to 58% to 33%—a margin 10 percentage points wider than in a Journal/NBC News poll taken in late September, before the Oct. 13 Democratic debate.

The poll shows that Clinton is the only Democrat whose numbers improved significantly after the debate. Bernie Sanders dropped 6% from a pre-debate poll.