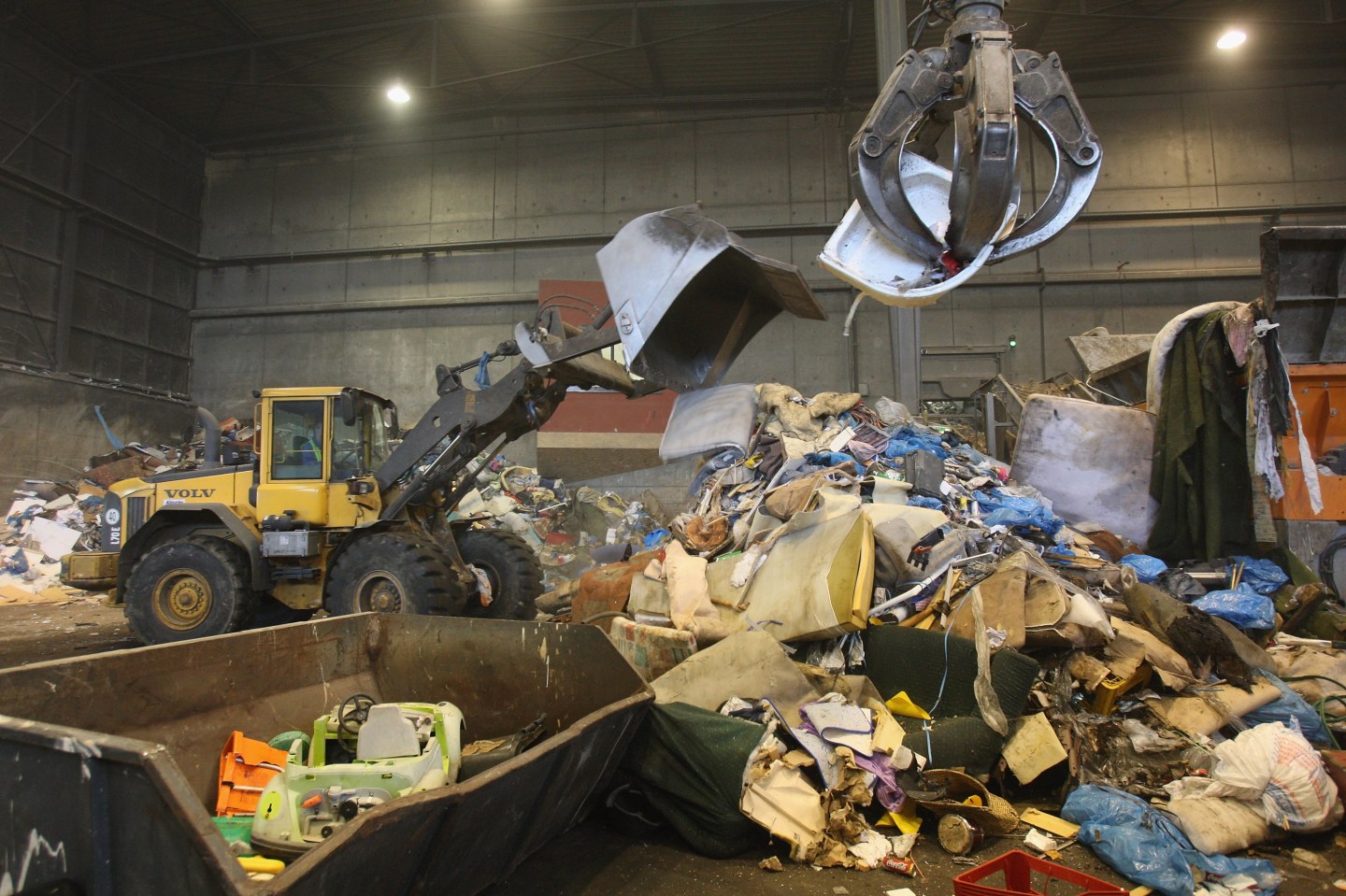 Crews sort garbage at a processing center in Nuemuenster, Germany for consumption in the city's converted power plant.
Photograph by Sean Gallup—Getty Images

In Germany, residents are diligent at recycling their waste—perhaps too diligent. Germans’ high recycling rate, which now hovers around 65% of all waste discarded, combined with a declining population, has meant that the country’s waste-to-electricity incineration plants have been millions of tons of garbage short each year, the Wall Street Journal reports.

To fill the deficit, some German plants are importing trash from the country’s neighbors in Italy, Britain, Ireland, and Switzerland, among other countries. Germany isn’t the first nation to ship in foreign garbage: Sweden, too, must import trash to power its grid as residents use less and recycle more. In 2014, Sweden imported 800,000 tons of waste to heat almost 1 million homes and provide electricity to around 260,000, according to Al Jazeera.

Waste-to-energy plants have come a long way from the soot-covered, toxic-cloud-billowing incinerators of yore. Outfitted with a variety of filters that catch pollutants like mercury and lead, the plants scrub out almost all traces of pollutants, while creating energy and reducing the methane gas that would be created by that same waste decaying in a landfill.

The incinerators are starting to gain traction in the U.S. as recycling rates stall and Americans continue to create more and more waste each year. The first waste-to-energy plant in the U.S. in 20 years opened this year in Florida, where it’s expected to incinerate up to 3,000 tons of trash each day.