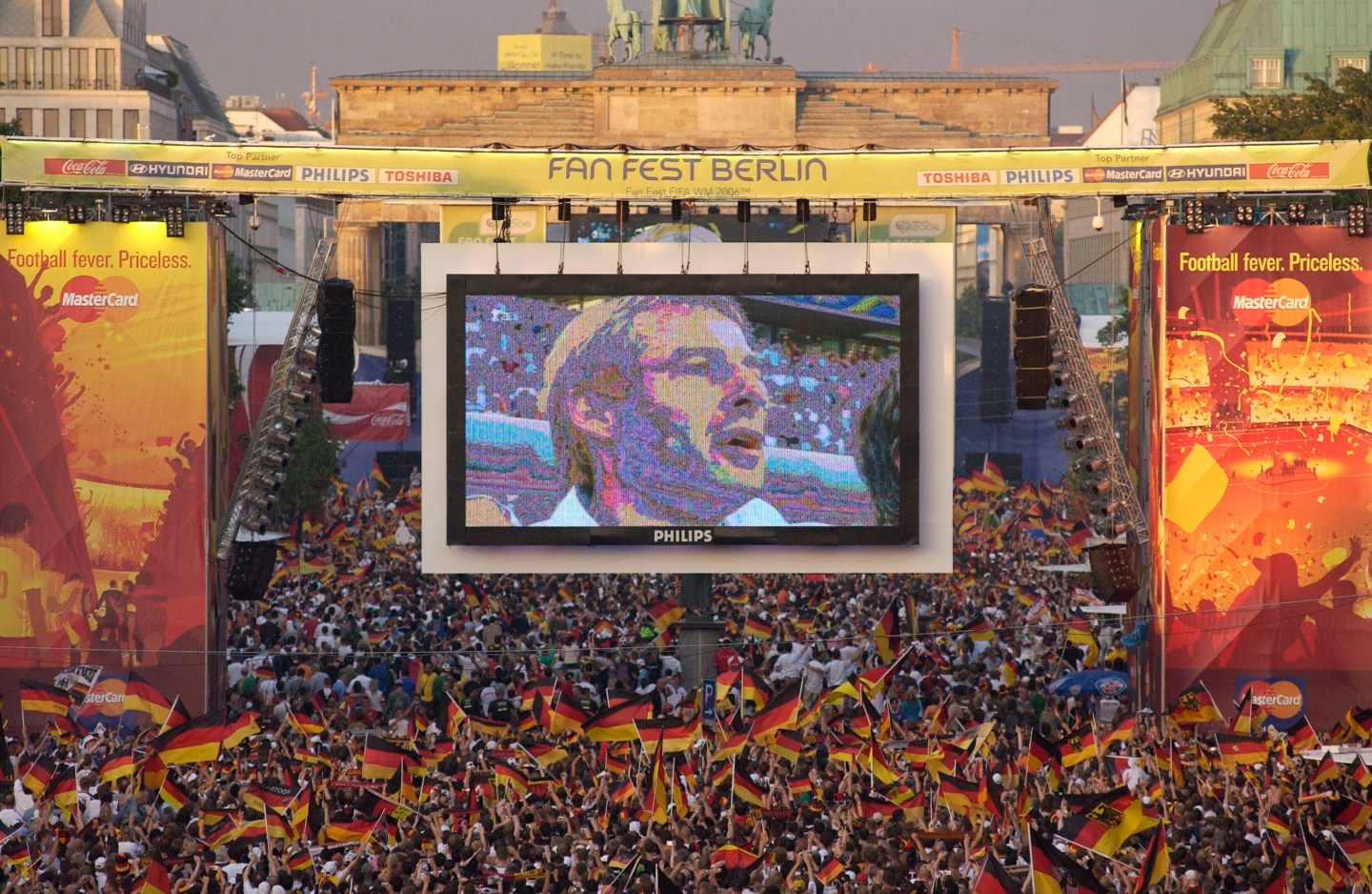 The corruption scandal at the heart of world soccer took another huge twist Friday, with the startling revelation that Germany may have bribed its way to hosting the 2006 FIFA World Cup finals.

According to German magazine Der Spiegel, the committee set up by the German Soccer Federation (DFB) to bid for the hosting rights ran a slush fund of over 10 million Swiss francs ($11 million USD) to help its chances. The magazine reports that the committee bribed the four Asian representatives on FIFA’s 24-man executive committee to vote in Germany’s favor.

These allegations are separate from, but consistent with, the U.S. Department of Justice’s current investigation into corruption in FIFA, in which it has charged over a dozen officials on various counts of fraud in connection with the sale of the rights to stage, broadcast and market its tournaments.

Although that broader scandal may diminish the shock of this latest news, the idea that Germany, too, may have been involved in such practices is a huge blow to the country and to the game. The DFB has been a vocal critic of the (now-suspended) FIFA President Sepp Blatter for allowing such corruption to flourish.

The 2006 tournament had appeared to be a wildly successful showcasing of modern Germany, in which the country leveraged its organizational genius to banish old stereotypes and project an image of a relaxed, modern, multi-cultural and prosperous society to the world. The fact that its likable young team failed with flair and gallantry also represented a change from the endless succession of dour and relentless German success in previous tournaments.

But revelations that Germany may have used bribery are likely to be received with glee in Russia and Qatar, which have complained that accusations against them of using corruption to win the 2018 and 2022 tournaments are merely hypocritical moralizing by rich Western countries.

Der Spiegel alleged that the DFB got the money for its slush fund from Robert Louis-Dreyfus, who was at the time the chief executive of sports apparel giant Adidas Group (ADDIY), a long-term sponsor of both FIFA and the German soccer team. Louis-Dreyfus got his money back after the DFB won the tournament rights. Der Spiegel says the DFB funneled €6.7 million back to him through a FIFA account in Zurich, ostensibly for a gala event in Berlin that was ultimately cancelled. Louis-Dreyfus died in 2009. Adidas sent Fortune this statement in response to the allegations:

We are not aware of such a payment by Robert Louis-Dreyfus. We can rule out that a business transaction was made by the adidas AG (then adidas-Salomon AG).

The DFB’s response to the allegations Friday was half confirmation, half denial: “The DFB has become aware of indications that in April 2005, the Organisation Committee for the 2006 World Cup made a payment of €6.7 million to FIFA, which may not have been used for the designated purpose (a FIFA cultural event),” it said in a statement. But, it added, “the payment had no connection to the award of the tournament rights five years earlier.”

The DFB said that it is still investigating and has reached no firm conclusions.

Any similarity to the process of denial and recognition in recent cases of misconduct at Volkswagen, Deutsche Bank, Siemens, and Commerzbank is, as the author Heinrich Böll would have put it, “neither accidental nor intentional, but inevitable.”