Landmark is launching a VR social platform in 2016, and here’s why 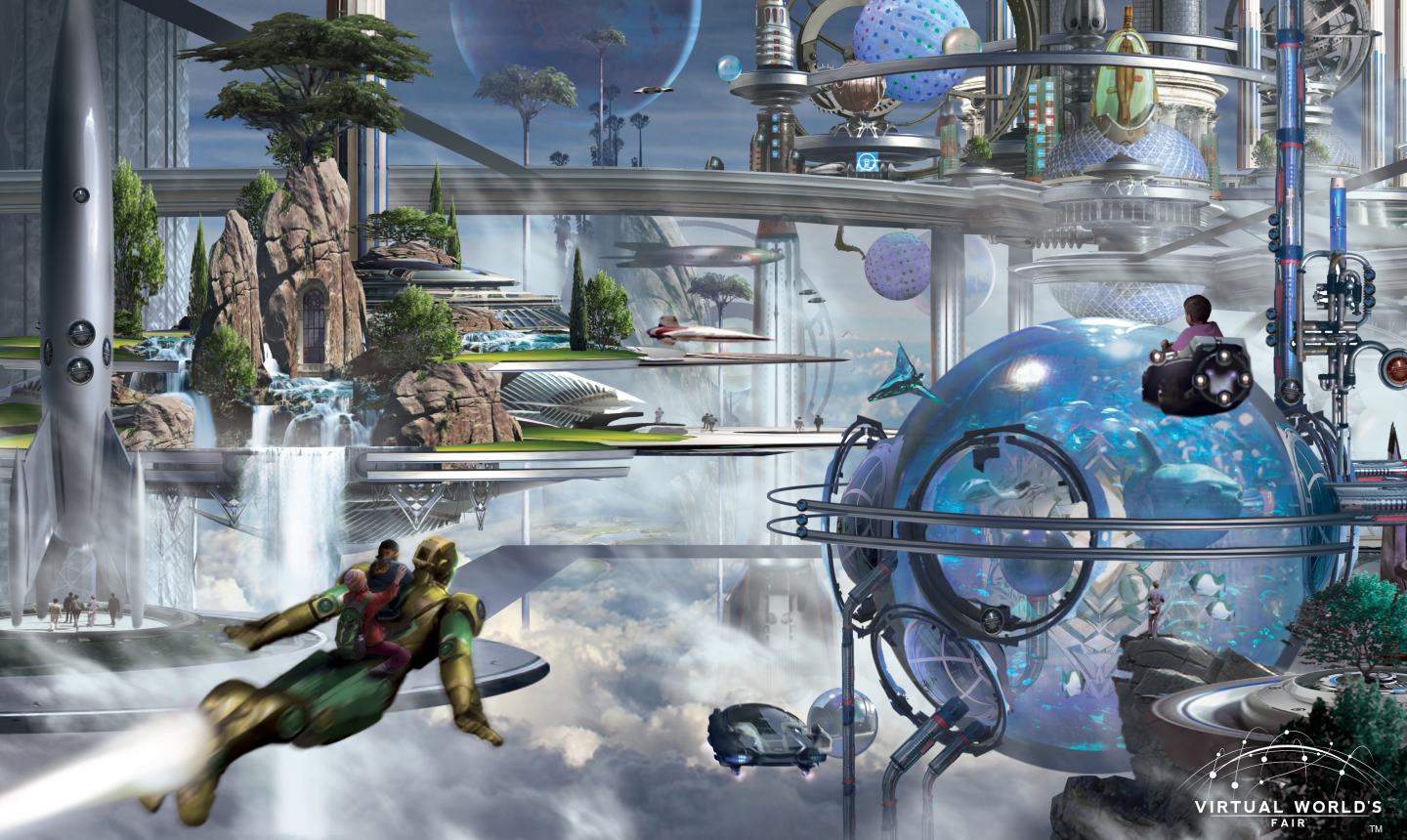 Next year, Landmark Entertainment Group is rolling out a VR social platform designed to work with Oculus Rift, HTC Vive, Sony PlayStation VR, and hundreds of other VR headsets.

According to Tony Christopher, CEO and founder of Landmark Entertainment Group, the idea for the Pavilion of Me (POM) originated 20 years ago when Landmark was working with Steven Spielberg on Jurassic Park: The Ride, but the idea of doing cool things within a computer as an avatar was put on ice because the technology was too rudimentary.

Fast forward to present day, where companies like Facebook, Sony, HTC, Valve, Microsoft, Intel, and Nvidia are investing billions in VR, and Christopher believes the timing for a 2016 launch is perfect.

“The POM concept is to take you to a series of rooms and let you do everything you do on the PC today, but in VR,” Christopher says.

The series of VR rooms includes a POM Lounge, where friends can come over and hang out, a Communication Room with apps like Gmail, Twitter, Facebook, and Skype, a Memory Station where photos and videos blend with themed VR effects, an Entertainment Room where music, movies, and TV shows can be enjoyed with multiple friends, and a Game Pod that offers VR and 2D games. Guiding users through the entire experience is Mach 1, a floating robotic personal assistant.

“VR is going to be most dynamic when it’s live and people are watching and experiencing things in real-time,” Christopher says. “We’re talking to people about adding live sporting events and concerts to POM.”

Landmark is also in preliminary discussions with Valve to integrate Steam into the Game Pod. Christopher says the plan is to allow users to bring in the games they already own and be able to purchase new games through a virtual store.

“This VR space is something we’ll give away for free, but there are lots of ways to charge micro-transactions to decorate and customize your space,” Christopher says.

POM is part of a larger home VR business plan for Landmark. The company is currently developing a Virtual World’s Fair, which Christopher says will launch by 2018 and connect to all of the POMs, as well as L.I.V.E. Centre virtual reality theme parks.

“We feel there’s a race going on in VR,” Christopher says. “VR is a huge opportunity because it’s the most powerful medium of the 21st Century. We believe in the platform idea for VR, and Virtual World’s Fair will be that portal.”

And Landmark has the right idea, according to Clifton Dawson, CEO of research market firm Greenlight VR.

“While there are many companies working on social and metaverse experiences, we think Landmark has the unique opportunity to leverage its global relationships with entertainment and consumer brands to create an attraction-filled experience,” says Dawson. “We also think most brands, who may not have a VR content strategy for a few years, will be attracted to this concept because it will provide a low-risk way for them to extend their brands into the emerging medium.”

Dawson believes as VR headset sales grow over the next few years, Landmark could have tens of millions of active users by 2018.