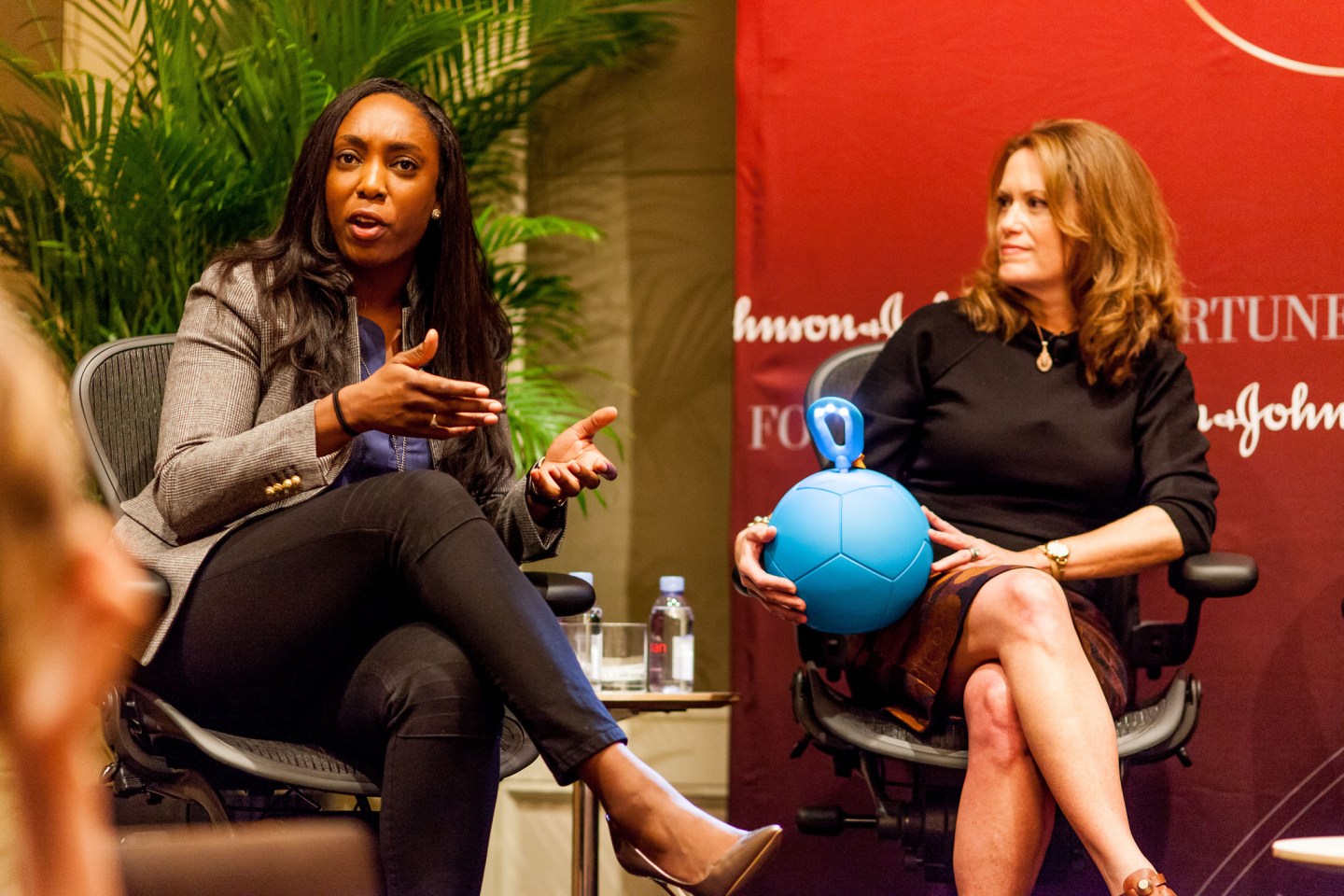 Can technology be used for good? That was the question posed to a panel of tech executives at the Fortune Most Powerful Women Summit on Tuesday. (Their answer: a resounding yes.)

The panelists had plenty of examples. Jessica O. Matthews, the founder of a startup called Uncharted Play, has developed products that harness kinetic energy to generate power. (Think soccer balls and jump ropes that power light bulbs—and next up, a baby stroller that can charge cell phones.)

Caryl Stern, the CEO of the U.S. Fund for UNICEF, shared a new fitness wristband for kids, which launched in Target stores today. Part of UNICEF’s “Kid Power” program, the band is a fitness tracker with dual benefits: By challenging children to meet walking goals, they not only improve their health, but also “unlock” food packets which UNICEF then delivers to families in need. To make the process more fun, UNICEF teamed up with Disney’s Lucasfilm to launch Star Wars-themed bands.

Representatives from leading software companies and the J.P. Morgan Chase Institute, a global think tank, also shared their work in harnessing technology to do good. Microsoft’s (MSFT) EVP of business development Peggy Johnson talked about the impact of bringing connectivity to the developing world. “These kind of projects excite women,” she told the MPW audience.

Meanwhile, Bridget van Kralingen, SVP of IBM’s (IBM) global business services unit, explained how Watson is being used in healthcare, and to detect behavioral patterns and set up best practices for teaching in countries like Kenya. IBM also partnered with the Grameen Foundation to develop an open-source platform for microfinance loans.

The hit of the panel, though, was Uncharted Play’s turquoise-colored, power-generating soccer ball. Says the startup’s founder Matthews: “I really, really want to disrupt the way we consume energy. Forever.”