J.P. Morgan’s Mary Erdoes on the economy: “We’ve never been in better shape” 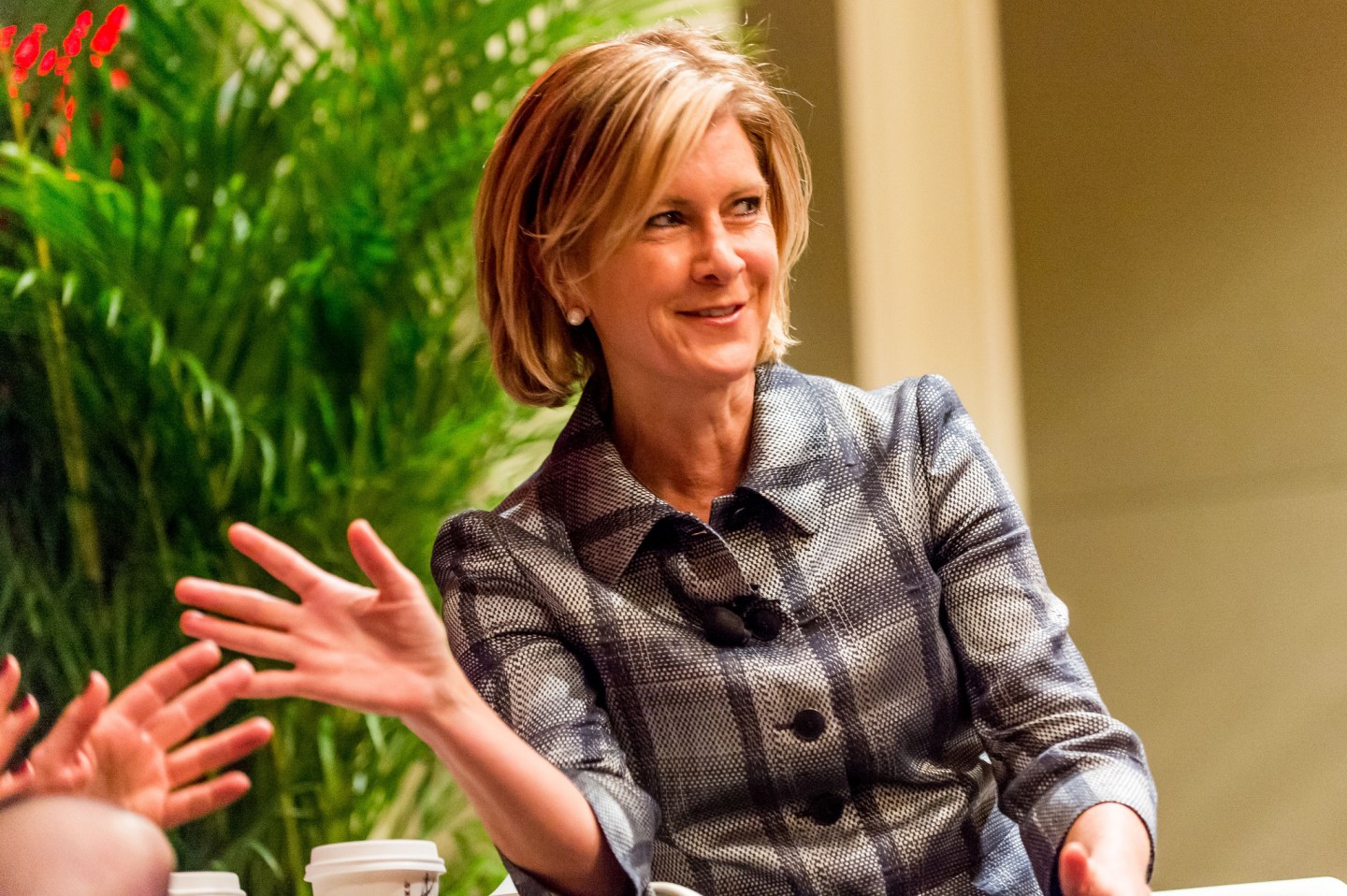 The Middle East is unraveling, the Chinese economy is sputtering, and a migration crisis is crippling Europe.

What keeps Mary Callhan Erdoes, CEO of J.P. Morgan (JPM) Asset Management and one of Fortune’s Most Powerful Women, up at night?

Not as much as you might think—and certainly not Larry Summers’ gloomy prognostications for the global economy. (Last week, in a high profile op-ed, the former U.S. treasury secretary declared it in “serious danger.”)

Speaking at at Fortune’s Most Powerful Women summit in Washington, D.C. on Monday afternoon, Erdoes took issue with Summers’ pessimistic outlook. “We move $6 trillion every day in the world…it’s nothing like 2008.”

She added about the U.S. economy: “We’ve never really been in better shape—we don’t see problems. We see consumers that are spending, and consumers that aren’t nearly as levered as what they have been in the past—the debt serving level is the lowest ever.”

Erdoes did argue that it’s time the U.S. communicates the health of its economy to others by raising interest rates. “We have to send that signal. We have to tell the world we’re okay.”

Susan Schwab, a former U.S. trade representative who now teaches at the University of Maryland’s School of Public Policy and sits on a number of corporate boards, agreed. “There is a lot of uncertainty out there. We’ve been signaling uncertainty when the U.S. economy is in pretty good shape and continues to be in good shape,” she said.

As for the hotspots across the global economy, Erdoes said that China’s slowing growth is inevitable, but stressed the ongoing importance of understanding the country. “You’re irresponsible if you don’t understand the dynamics of China.” She also argued that large companies must take the lead in countering the risks that cause widespread youth unemployment by offering jobs and skills training.