Why viral success needs to focus on quality, not quantity 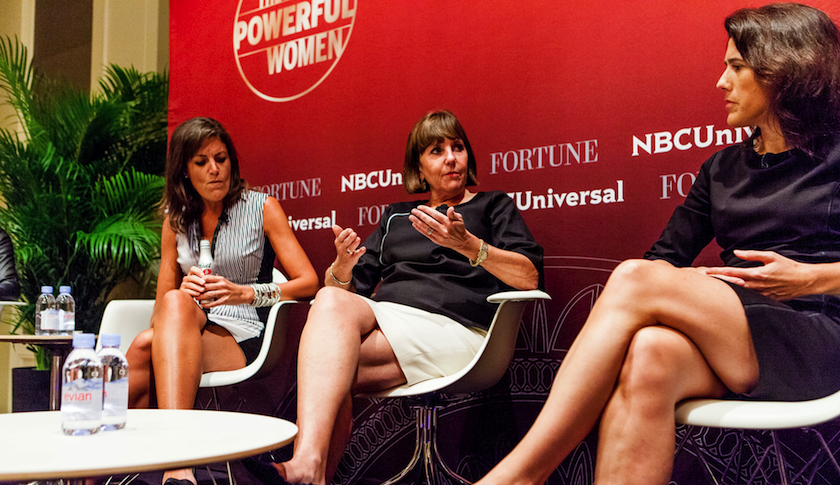 Almost all Fortune 500 brands are creating their own marketing content, but trying to speak to everyone is no formula for success. “Brands don’t need to be in every conversation,” said Wendy Clark, president of strategic marketing and sparkling brands at Coca-Cola North, during Fortune’s Most Powerful Women conference in Washington, D.C. on Monday.

“Everyone is creating content, but brands and companies have to figure out how to partner and who to partner with,” said Wenda Harris Millard, president and chief operating officer of strategic advisory firm MediaLink. Both Millard and Clark were part of a panel discussion on deciphering the new advertising landscape.

Millard further explained that many brands are making mistakes in content marketing when it comes to authenticity. Companies can’t just mass publish on social sites like Facebook and Twitter, she said. “Brands have to stop interrupting the conversation.”

Can content marketing actually impact sales? That’s the question on many brands’ minds, said Lisa Utzschneider, chief revenue officer at Yahoo, during the discussion. On Tumblr, the social content sharing site Yahoo (YHOO) bought for $1.1 billion in 2013, she said some brands have found success. Clinique created a crowdsourcing campaign called #faceforward aimed at millennial women which she said saw a 59% lift in intent to purchase its beauty products.

Clark cited the Ad Council’s “Love Has No Label” as another viral success, in which Coca-Cola (KO) participated along with rival PepsiCo. The Ad Council constructed an X-ray screen in Santa Monica, Calif. and placed people of different genders, races, and ages behind it to show that despite what people look like, everyone is the same on the inside. Clark said it represented a powerful statement around marriage equality. The campaign put videos and other content online, and went viral over the course of a few months.

Clark also said that the real-time nature of how people are responding on social networks like Facebook and Twitter means brands have to be part of the conversation as fast as possible. Coca-Cola was planning real-time content around the Emmy Awards and hit show Mad Men, which featured an iconic 1971 Coke ad in its finale. When Emmys host Andy Samberg recreated and aired his version of the ad during the ceremony, Clark said Coke responded on the fly on social channels.

And when it comes to oversight from above over social marketing campaigns, Millard emphasized the need for less, not more. “Understanding how to thrive in the digital world means having a reorganization design,” she said. “It isn’t the people at the top that should be making these decisions.”