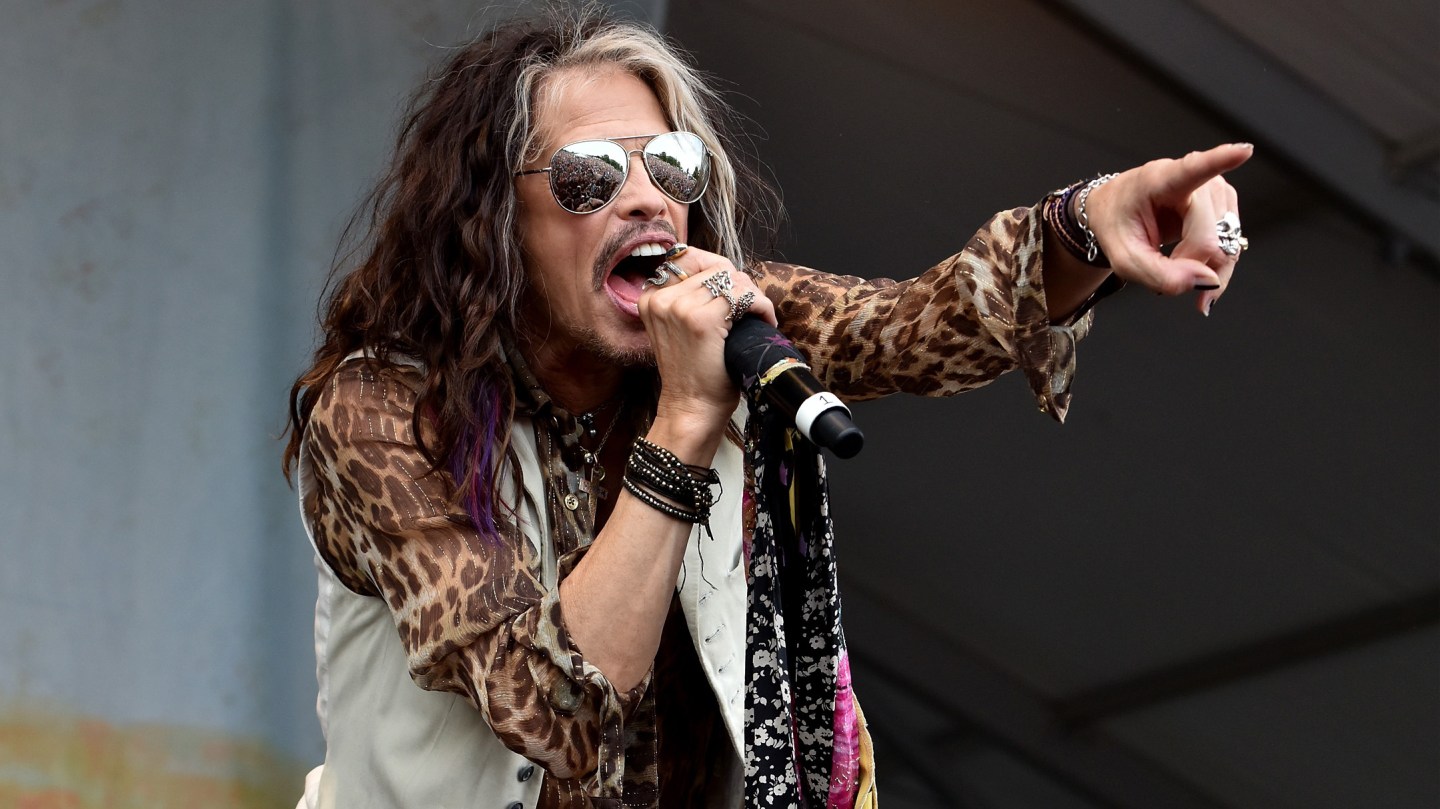 The rock legend’s lawyers have sent Trump a cease-and-desist letter saying that the candidate’s use of the song “gives a false impression that he is connected with or endorses Mr. Trump’s presidential bid.” According to Rolling Stone, Tyler first warned Trump against using the song after the Trump campaign played it at a Mobile, Ala. rally on August 21. It ignored the warning.

Tyler’s lawyers warn that “If Trump for President does not comply with our demands, our client will be forced to pursue any and all legal or equitable remedies which our client may have against you.”

Both Tyler and Aerosmith guitarist Joe Perry are registered Republicans. The Washington Post reports that Tyler even attended the August GOP debate as Trump’s guest. Dina LaPolt, one of Tyler’s attorneys, wrote that the cease-and-desist is neither political nor personal—simply an issue of permission and copyright.

The incident marks the third time that the billionaire real estate mogul has been confronted by musicians about using their songs for his campaign. When Trump announced his candidacy for president, his campaign played Neil Young’s “Rockin’ in the Free World,” a song whose lyrics are at odds with Trump’s politics. Young, known to be a political liberal, demanded that Trump stop using his song and declared his support for Democratic candidate Bernie Sanders. Trump also used R.E.M.’s “It’s the End of the World as We Know It (And I Feel Fine),” prompting the band to issue a statement that disapproved of the song’s use and warned against grandstanding politicians who “distract us from the pressing issues.”