This startup could change the game for same-day shipping 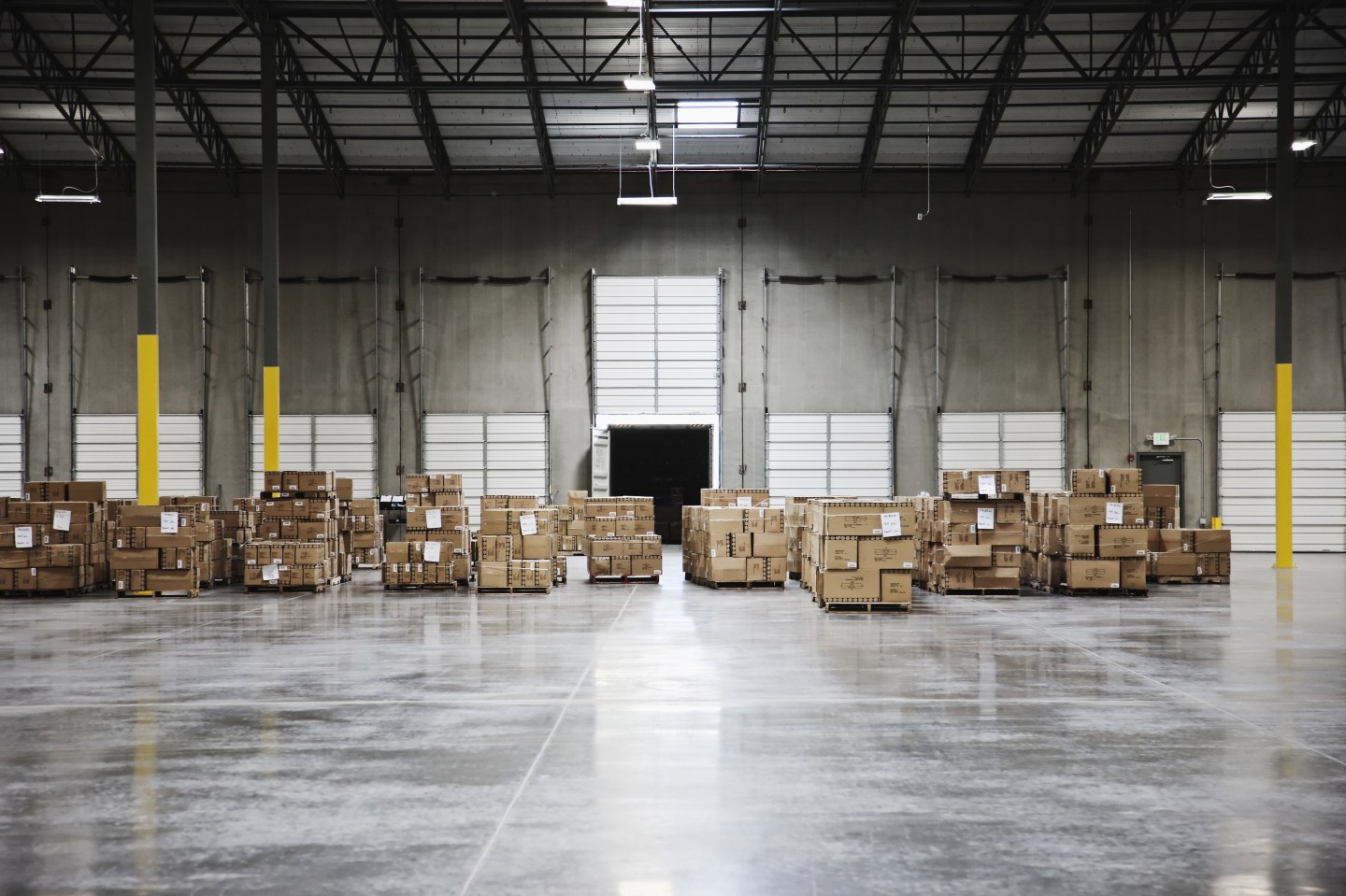 A lean operation with a brilliant idea—caffeinated club soda—wants to crack the L.A. market during the spring. Sounds like a slam dunk, but they don’t want to commit to a long warehouse lease while they’re still getting a foothold. Meanwhile, a Christmas-decoration warehouse sits largely empty.

“At any given moment,” says Karl Siebrecht, “There are many, many businesses out there who have too much space, while other businesses don’t have enough.”

Siebrecht is trying to solve that problem with Flexe, a warehousing marketplace he helped found in Seattle in 2013. Just as Airbnb turns unused guest rooms into a commodity, and eBay (EBAY) lets you sell grandma’s dusty porcelain, Flexe’s mission is to connect partially or temporarily empty warehouse space with companies that need short-term inventory storage. (And yes, the caffeinated club soda company is an actual customer).

The biggest obvious fluctuation in warehouse needs comes during the holiday shopping season, when plenty of retailers need all the space they can get. But other cycles are more complementary—you’re not going to sell much garden equipment in the Northeast in January, so you might as well let someone store scarves in your space. In sectors like toys, hit-driven boom and bust cycles create unpredictable peaks and valleys in warehouse demand.

Then there are the deeper trends making flexibility more important. As e-commerce continues to expand, warehouses and distribution nodes are moving ever closer to the center of the retail equation. Meanwhile, product life cycles are shrinking, and long global supply chains continue to make true just-in-time planning tough.

With an eye on those changes, Siebrecht is thinking bigger than temporary storage for Halloween costumes. He wants Flexe to transform how companies think about warehousing as fundamentally as Amazon Web Services changed thinking about data, shifting the model from one of big fixed costs to services that can be quickly turned on and scaled as needed.

MORE: Why food delivery is an uphill battle for Amazon, Google, and Uber

Flexe, whose revenue is based on transaction fees, may have its work cut out for it in changing minds and habits. In September, the supply chain researcher SCM World found that only 20% of respondents in consumer products and retail felt that on-demand “Uberization” was important for the future of their operations. That’s double the positive response from last year, but numbers were even lower in other sectors.

And while Flexe seems to be the only company building a peer-to-peer commercial warehousing marketplace, it has fairly direct competition from companies like Cubesmart, which offers short-term leases on warehouse spaces it owns and manages. That model, though, isn’t as cost-efficient as reselling excess capacity, or as granular—Flexe lets customers lease space by the pallet. It also integrates their goods into a warehouse’s existing labor flow, meaning they don’t have to provide their own workers or forklifts.

But the fundamental logic of the marketplace model may be its most powerful edge. Consider that while still-tiny Flexe has over 200 U.S. partner warehouses after only two years, Amazon (AMZN), which has thrown its massive weight behind building a shipping network, has only around 96.

“It allows you to potentially have this virtual network of facilities,” says Siebrecht, “To push your inventory further out into the marketplace, without investing tons and tons of capital.”

Shared space wouldn’t allow for the elaborate automation needed to fulfill Amazon’s breadth of products, but Siebrecht envisions something almost as effective—companies offering same-day shipping on a few top sellers during peak season, all from temporary micro-distribution centers. That could have a big impact in the heated same-day shipping market, where Google’s Express service is now going head to head with Amazon.

For more Fortune coverage of Amazon shipping, watch this video: