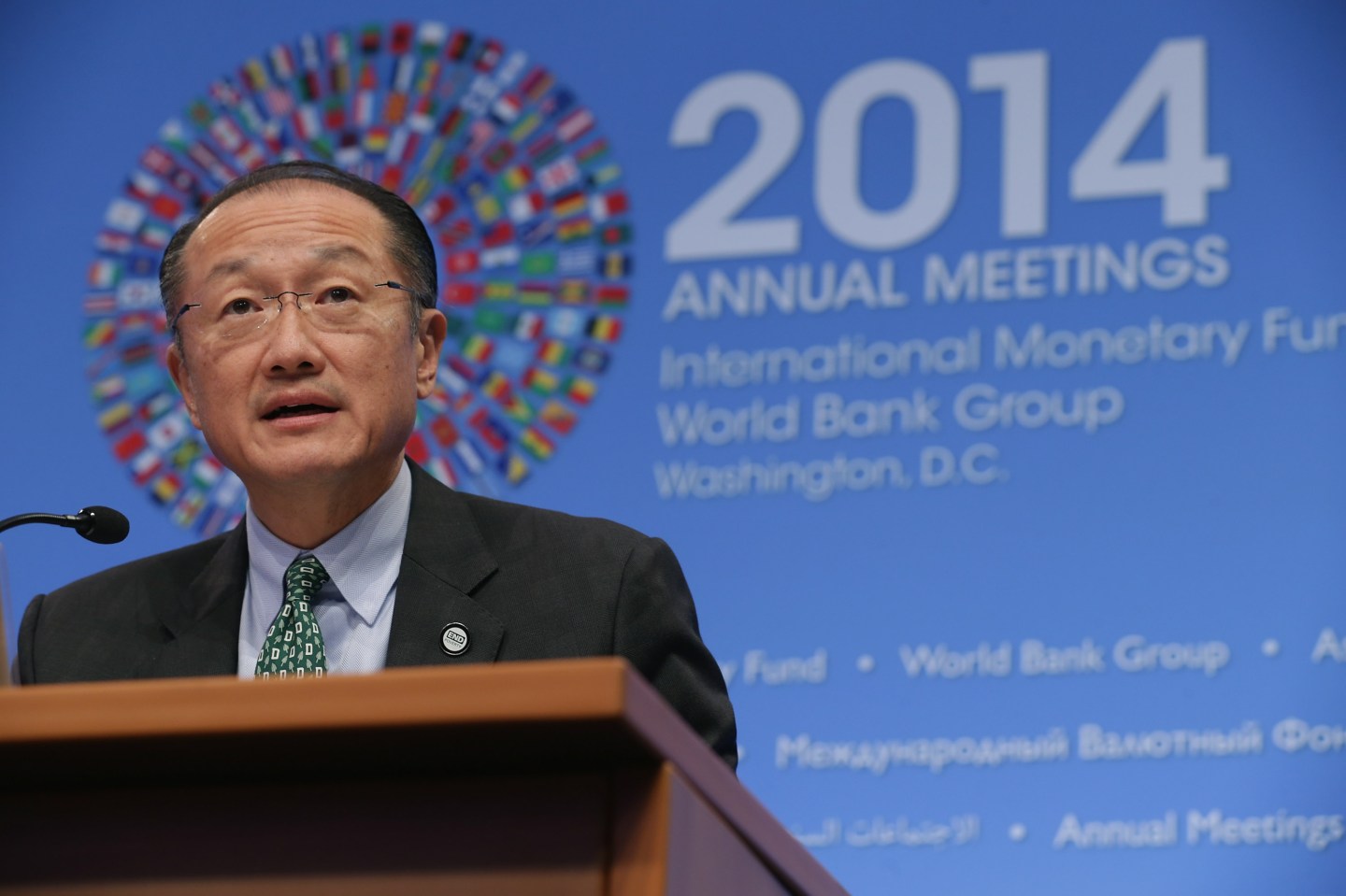 In an interview with Bloomberg Markets Thursday, World Bank President Jim Yong Kim spoke of a deteriorating financial environment for developing countries, adding that he believes low commodity prices are here to stay for the immediate future. His statements echo a growing chorus among economists that global markets are in for trouble–and perhaps even crisis.

Kim underlined the same fears in a speech marking the beginning of the World Bank/IMF opening meeting Thursday. The World Bank aims to end extreme poverty by 2030; this year marks the first that the percentage of the world population suffering extreme poverty dipped below 10%. But addressing global poverty in the next fifteen years will be extremely difficult given strong financial headwinds. “We are in the midst of a period of slow global growth, the end of the commodity super-cycle, pending interest rate hikes, and continued flight of capital out of emerging markets,” Kim warned.

Continued low commodity prices are just one factor hurting developing economies, many of which rely heavily on commodity exports. Another concern is capital flight from developing countries as financial volatility increases and growth prospects dim. Capital flight out of emerging markets is the most significant it’s been in almost thirty years. Without foreign investment, developing countries are lining up at the World Bank for cheap loans–“the call for our capital, our business is just exploding,” Kim said. “There’s been a change even in the last couple of months in terms of the movement of capital out of the emerging markets.”

Kim’s concerns have been echoed across the global financial industry. In September, the U.S. Federal Reserve decided against raising interest rates due to volatile global markets. On Tuesday, the IMF cut its expectations for global growth for the third time this year, citing a broad array of headwinds including China’s slowdown and demographic challenges. Last week, in a speech hosted by the Council of the Americas, IMF Managing Director Christine Lagarde echoed the prevailing pessimism: “Indeed, I am concerned about the state of global affairs.”