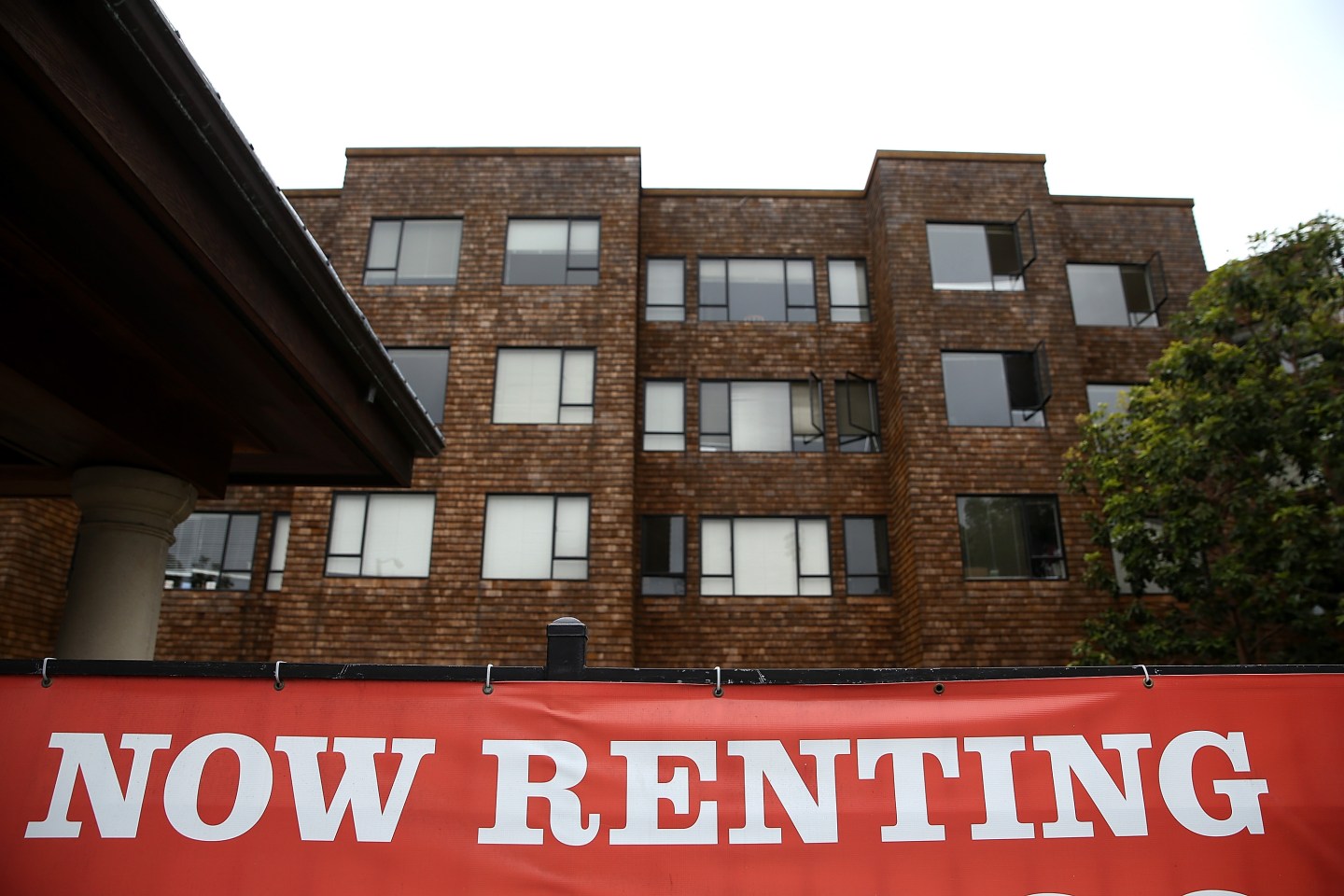 A sign is posted in front of an apartment building on April 21, 2015 in San Francisco, California.
Photograph by Justin Sullivan—Getty Images

Rental rates could rise by an average of 8% through next year, according to more than two-thirds of property managers surveyed in a report issued by Rent.com.

Out of the 500 property managers surveyed in the rental site’s Property Owner and Manager Market Report—and between them, they are said to represent hundreds of thousands of rental units—88% of them have raised their rates in the last 12 months, and they seem committed to hiking rates again next year.

The reasons are manifold, but 64% of landlords surveyed identified two main factors: the twin pressures of increased demand for units and low inventory. As noted by the U.S. Census Bureau for the second quarter of this year, national vacancy rates dropped to a 20-year low of 6.8%. With the country currently in the midst of its strongest stretch of rental growth since the late 1980s, and with homeownership rates falling at historic levels, landlords have little incentive to lower their prices.

According to additional data provided to Fortune by Rent.com, the percentage of surveyed landlords willing to give concessions, such as a reduced rental price, have dropped drastically over the years:

Other real estate sites have predicted a 4% hike for rental rates next year, which represents a more modest—but still costly—increase. All together, these forecasts mean that renters are finding it increasingly more difficult to pay their rent. A recent study showed that the number of U.S. households that fork out at least half of their income on rent is set to increase by 25% to 14.8 million over the next decade.