Nobel Prize in Physics awarded for discovering neutrinos have mass 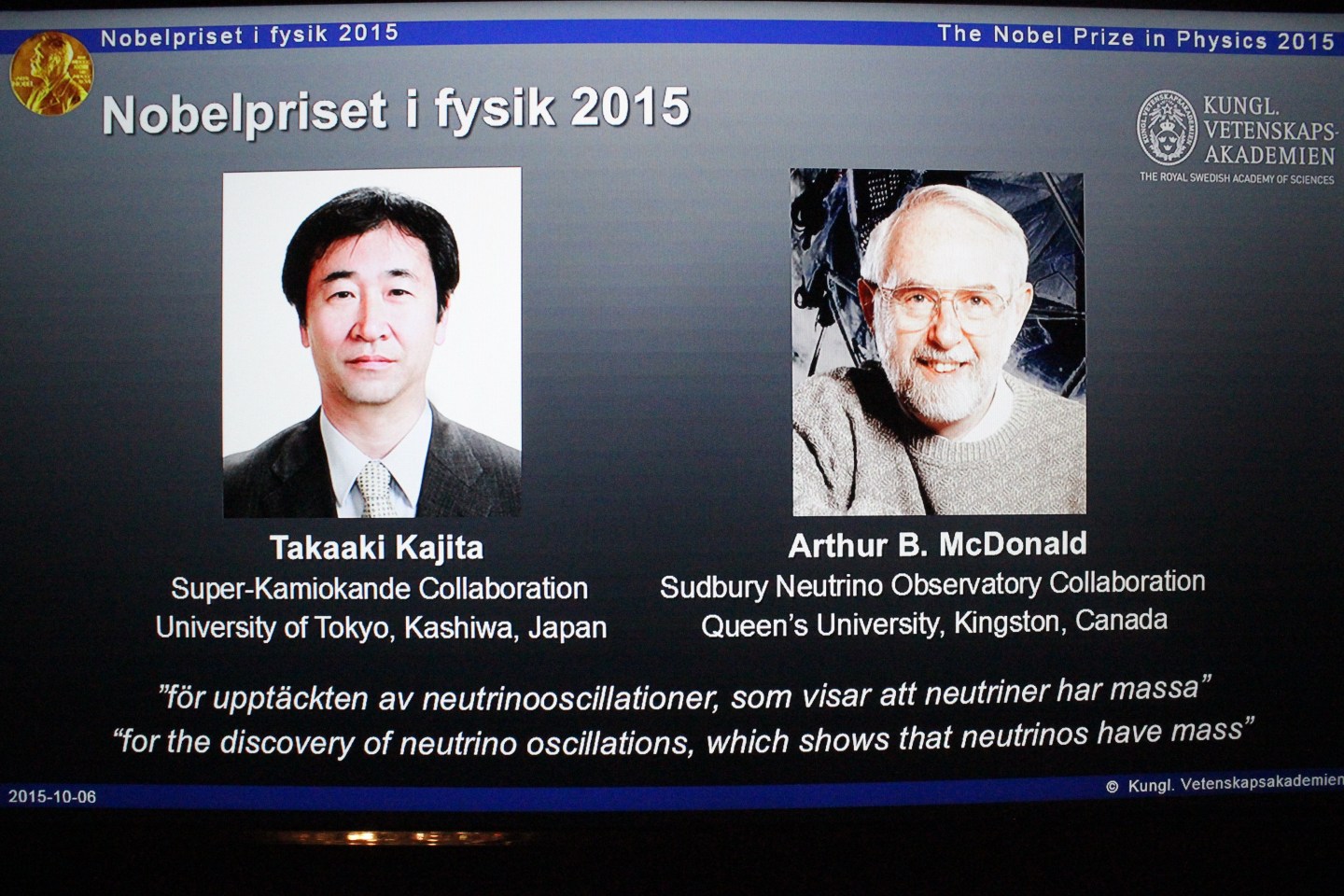 STOCKHOLM, SWEDEN - OCTOBER 06: The portraits of the winners of the Nobel Prize in Physics 2015 Takaaki Kajita (L) and Arthur B McDonald are displayed on a screen during a press conference of the Nobel Committee to announce the winner of the 2015 Nobel Prize in Physics on October 06, 2015 at the Swedish Academy of Sciences in Stockholm, Sweden. The Nobel judges awarded the Nobel physics prize jointly to Takaaki Kajita of Japan and Arthur B McDonald of Canada 'for the discovery of neutrino oscillations, which shows that neutrinos have mass.' (Photo by Atila Altuntas/Anadolu Agency/Getty Images)
Photograph by Anadolu Agency/Getty Images

Takaaki Kajita and Arthur B. McDonald, of the University of Tokyo and Queen’s University in Canada, respectively, were awarded the Nobel Prize in Physics for their contributions to the discovery that neutrinos have mass.

Neutrinos, the second most abundant subatomic particle after photons, have long been considered massless by the scientific community. “[The] Standard Model of the innermost workings of matter had been incredibly successful, having resisted all experimental challenges for more than twenty years,” according to the Royal Swedish Academy of Sciences, which distributes the Nobel Prizes. “However, as it requires neutrinos to be massless, the new observations had clearly showed that the Standard Model cannot be the complete theory of the fundamental constituents of the universe.”

More than a decade ago, Kajita presented his team’s findings from the Super-Kamiokande detector in Japan that neutrinos change “flavors” or identities. A year later, McDonald announced that when neutrinos seem to disappear on their way back to Earth from the sun, they’re changing identities, according to The New York Times.