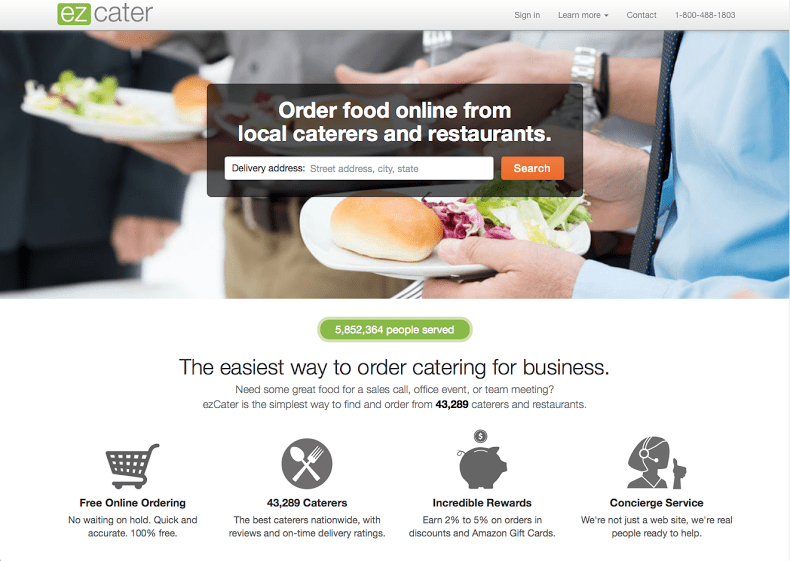 EzCater, a Boston-based business catering platform, has closed a $28 million round of Series C funding led by Insight Venture Partners. The round includes a $13 million tranche that closed in March. EzCater has raised a total of $35 million in funding.

EzCater has followed a somewhat nontraditional path as a startup, bootstrapping for years before taking on funding in 2011. The idea for EzCater was inspired by the most frequent customer request at founder and CEO Stefania Mallett’s last startup, a software company that helped pharmaceutical reps schedule meetings with doctors. “I kept hearing from them, ‘Make the food appear. You got me a lunch meeting, make the food appear now,’” Mallett says. “So we decided we would go into that business.”

It works similar to consumer-facing food ordering platforms like GrubHub or Seamless, only for catering orders placed in advance.

After four years of profitable growth, Mallett only decided to raise venture capital after she figured out how to expand nationally. It took awhile, but EzCater now has more than 40,000 restaurants and caterers on its platform in 23,000 U.S. cities. “It’s a big country and so having more money allows us to deepen that national network,” she says.

Mallett won’t divulge EzCater’s secret for national expansion. (Or its revenue or financial metrics.) New competition from meal delivery services to food ordering platforms seems to crop up every week, but none are as widely available across the U.S. as EzCater. This is important because executives rely on EzCater to deliver food wherever they travel. “Once we figured out the national bit, we had the world to ourselves,” Mallett says.

“A lot of these guys go city by city,” says Jeff Lieberman, a managing director at Insight Venture Partners. “We’re going after people that have needs across geographies.”

The company has now served almost six million people, including a notable order for nearly 1,000 sliders at a spring press event for a certain highly anticipated smartwatch.

EzCater offers its services, including enterprise-level software for large companies, for free, taking a cut of each order from the caterer. The company uses interviews to vet caterers. It also has tens of thousands of customer reviews and ratings to help it keep quality high as it expands.

EzCater has benefitted from the preponderance of free lunch at tech companies and startups. The size of EZCater’s market opportunity was $15 billion to $16 billion a few years ago, but has grown to a $19.6 billion market, Mallett says. The product is also popular with sales teams, who no longer take decision makers out to lunch, but bring lunch to them.

For its part, EzCater has stayed frugal, offering just one weekly breakfast, lunch and happy hour per week to its 100 employees. (Naturally, the company has its employees use its own platform. In three years of this practice, it hasn’t repeated a Boston-area caterer once.)

For more on startup funding, watch this Fortune video: