What the ‘campus carry’ law means for higher education 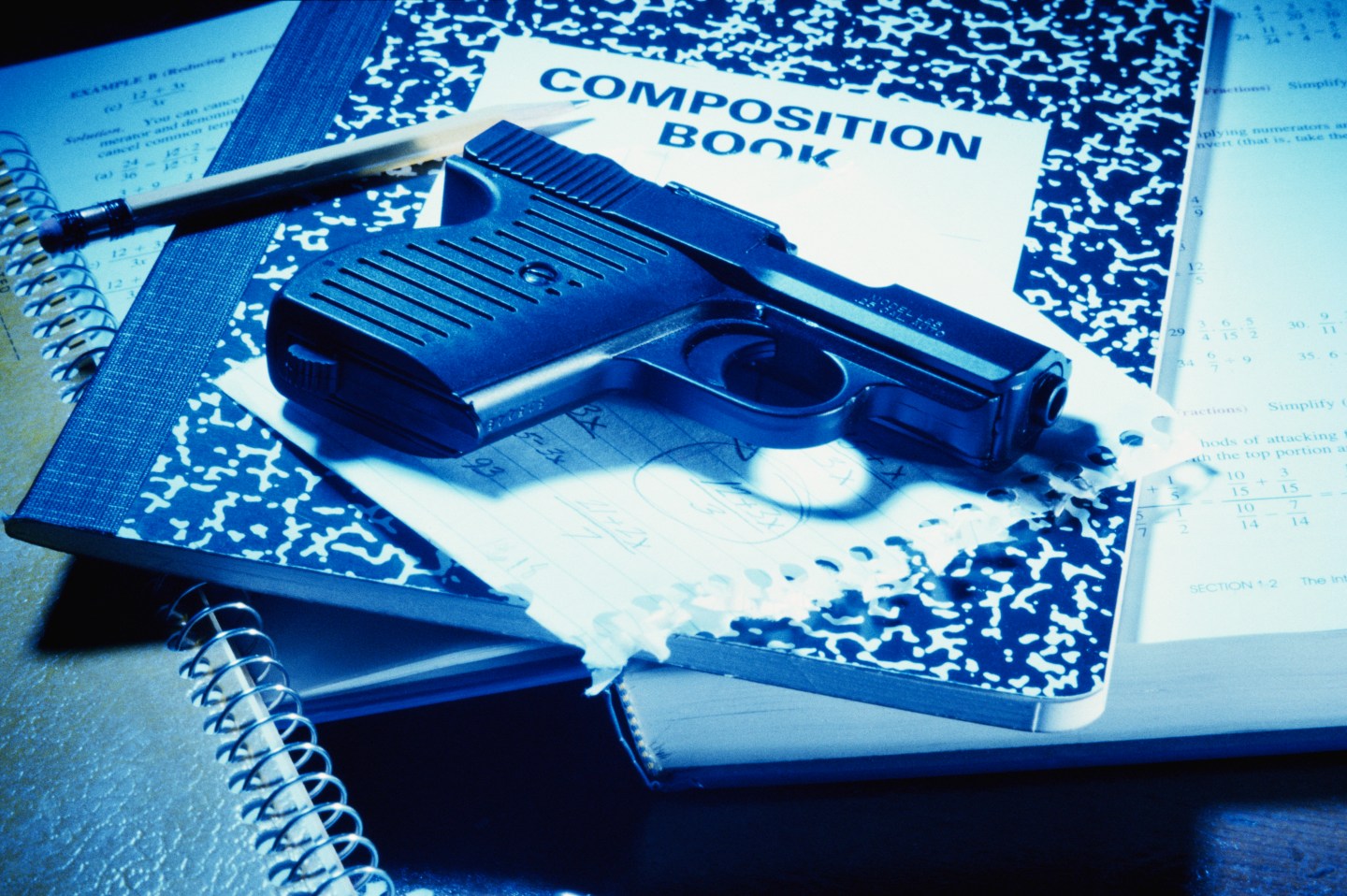 I fear our senses will become dulled to horrific news like Thursday’s, when a gunman opened fire on an Oregon community college, killing nine and wounding 10. I fear we will forget, again and again. Oregon is one of the seven states that now have provisions allowing the carrying of concealed weapons on public post-secondary campuses. Although this latest shooting took place halfway across the country, it hit close to home here in Austin, Texas.

As a member of the faculty at the University of Texas at Austin, I wonder if we are just supposed to forget and carry on, pretending this is not an issue, writing it off as another instance of “how things are here in Texas”?

I fear that, given the letter of the law and the limited exceptions that it allows, we will have to get used to guns inside our classrooms.

I fear that the fact of sharing a classroom with students “packing heat” will stop shocking us as it now does.

I fear I should not even be writing this, as many gun rights activists take reactions to the extreme when an opposing view is offered.

A problem for recruitment
This state of affairs also saddens me because I believe it will irrevocably hurt a university that for the last two decades has worked hard to become a top institution of higher education. Even as Univ. of Texas President Greg Fenves works with us to develop a policy for implementation of campus carry, the new law presents an ethical puzzle. Could I now, in good conscience, attempt to persuade a prospective graduate student or faculty — the “top talent” the university seeks to attract — to join us? I don’t think I can.

Another law passed by the Legislature this year, SB 273, might prevent me and 170 other faculty members who have signed a petition stating they don’t want guns in their classroom from hanging a sign saying “no guns allowed.” The law might even forbid me from stating in my syllabus that I won’t allow guns. To what extent that conflicts with “free speech” is another — but, at least for me, less important — legal matter.

Shouldn’t I tell prospective students and faculty that I am, in fact, profoundly afraid and that they should think twice about coming to the University of Texas? If we are honest, the law will effectively prevent us from recruiting highly sought-after faculty and students.

Refuse to forget
Here’s another idea: We could agree to refuse to forget about SB 11. We could manifest our opposition and, if necessary, refuse to teach in classrooms where guns are allowed. We could hang signs stating that we don’t allow guns — at the risk, as many a lawyer already warned us, of being fined. Parents of Univ. of Texas students could write letters to university administrators and legislators expressing their worries about the one (heavily) documented effect this bill will have — making campuses less safe spaces.

My students could get over their hesitancy to tell their parents about this new development. “If I tell my mother, she will transfer me,” is the sentiment they express now. I think parents are right to be concerned. I wouldn’t want my own sons to attend this university. I’ve been around guns (big and small). I’ve been a soldier and I do research on interpersonal violence.

With campus carry, social, political or academic interactions will have the potential to explode in lethal violence. We knew that before the campus-carry law passed, and we know it now. I can dwell on the arguments, I can show numbers, piles of evidence and case studies all confirming these facts. But the campus-carry debate in the Legislature was not about logical, evidence-based, argumentation.

Had it been about logics and evidence, the reasons persuasively put forward by Univ. of Texas Chancellor William H McRaven, a former Navy SEAL, and Art Acevedo, chief of the Austin Police Department — both of whom know a thing or two about the subject — would have been heeded. They both opposed the new legislation with a similar argument: Allowing concealed weapons to be carried on campuses would create “less-safe” environments.

Lawmakers did not examine their arguments or anyone else’s because the “debate” was not about reason but about interests — the legislators’ interests and those of the organizations that support them. They, folks who neither teach nor do research, enacted a law that makes no sense for any the parties affected, and now we have to deal with the consequences. In the same spirit of defending personal and organizational interests, let me express my hope that the university will make provisions to protect the interests of the students, staff and faculty who want to work, teach and learn in gun-free environments where everybody can freely express his or her ideas without fear.

Javier Auyero is Professor of Latin American Sociology, University of Texas at Austin. This article originally appeared on The Conversation.