Here’s what could be the 4 biggest Black Friday deals 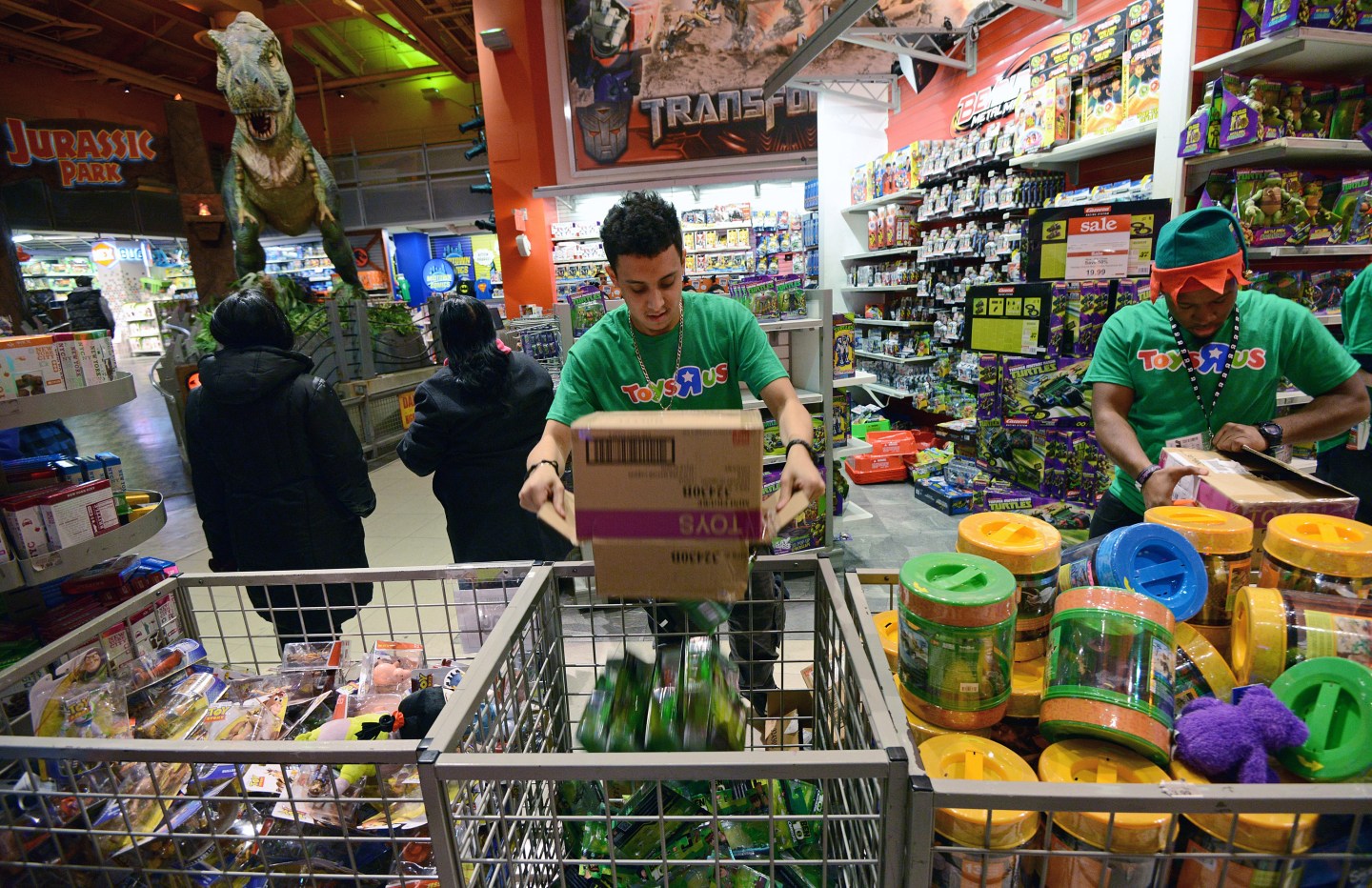 An employee fills a bin with merchandise at a Toys R Us Inc. store ahead of Black Friday in New York, U.S., on Thursday, Nov. 28, 2013. U.S. retailers will kick off holiday shopping earlier than ever this year as stores prepare to sell some discounted items at a loss in a battle for consumers. Photographer: Peter Foley/Bloomberg via Getty Images
Photograph by Peter Foley — Bloomberg via Getty Images

Black Friday may be nearly two months away, but bargain hunters are already getting an idea of what sort of doorbuster deals they might find.

DealNews.com, an aggregator of online deals, has released its annual predictions for retail’s favorite day – and says big savings on electronics will once again set the pace.

The biggest deal of the season, says the site, will be 60-inch HDTVs. Forecasters at DealNews expect to see doorbuster pricing for the sets as low as $549 this year. Better still, the site says, average prices for off-brand 60-inch sets will likely be that same price throughout the day, meaning there will be more than just a handful of sets available. It’s forecasting the average price for a name brand set – like a Samsung or Sony – to come in at $775.

“I think what might make this Black Friday stand out is quite a few of the better prices might be easily obtainable for people,” says Lindsay Sakraida, Director of Content Marketing at DealNews. “Even if you can’t get that rock bottom price, you’ll get something close.”

DealNews says mainstream laptops could got for $300 this year, with budget laptops as low as $149. Sakraida notes that 2014 saw two retailers offering $99 laptops, something she says is likely to happen again this year.

Even high-end, ultraportable laptops could see serious discounts. DealNews says a 13-inch ultraportable with a Core i5 CPU could see discounts of 30%. (However, it notes, that category is a “wildcard”.)

DealNews makes its predictions by analyzing three years of archived deal data. The site, on average, says it has historically been correct on about 70% of its predictions for the retail holiday. Since Black Friday has long since bled over into other days, the site’s predictions are for all of “Black Friday week” – including retailers who offer deals on Thanksgiving day.

(Some bargain hunters, of course, got started earlier than usual this year, when Amazon, Target and other online retailers had a high-profile skirmish in July.)

While there have been few deals in most of 2015, DealNews says it expects across the board discounts on Apple, Android and Windows tablets. It expects the iPad Air 2 to go for as low as $300 and the iPad Mini 4 to reach the same level. The iPad Mini 2 could go as low as $199.

Sakraida warns that while Apple will offer its own Black Friday sale, shoppers should avoid that and focus on offers from resellers like Best Buy, Amazon and Target, which often offer small discounts on the products as well as store gift cards of up to $100 with each purchase.

A fierce battle in the streaming space

The competition between Amazon, Google, Roku and Apple in the streaming space should also result in significant bargains. DealNews expects the Google Chromecast to drop to $25 and Amazon’s FireTV Stick to $20, while previous generation AppleTV boxes will fall to $50. The new Apple TV may be offered for as little as $135.

DealNews says you’re likely going to have to venture out on Thanksgiving to find it. And while you can expect up to 60% off on some LEGO sets, any hope of discounts on Star Wars toys for the entire holiday season is slim.

Not everything will be significantly cheaper, though. The most notable deal vacuum this year could be in the smartphone space. Since so many carriers have eliminated subsidies, getting a free or severely discounted phone could be difficult, says Sakraida.

“In the past, Black Friday was a great time to get a free smartphone,” she says. “But this year AT&T is the only [carrier] with subsidies for new customers. so you may not see as many this year.”