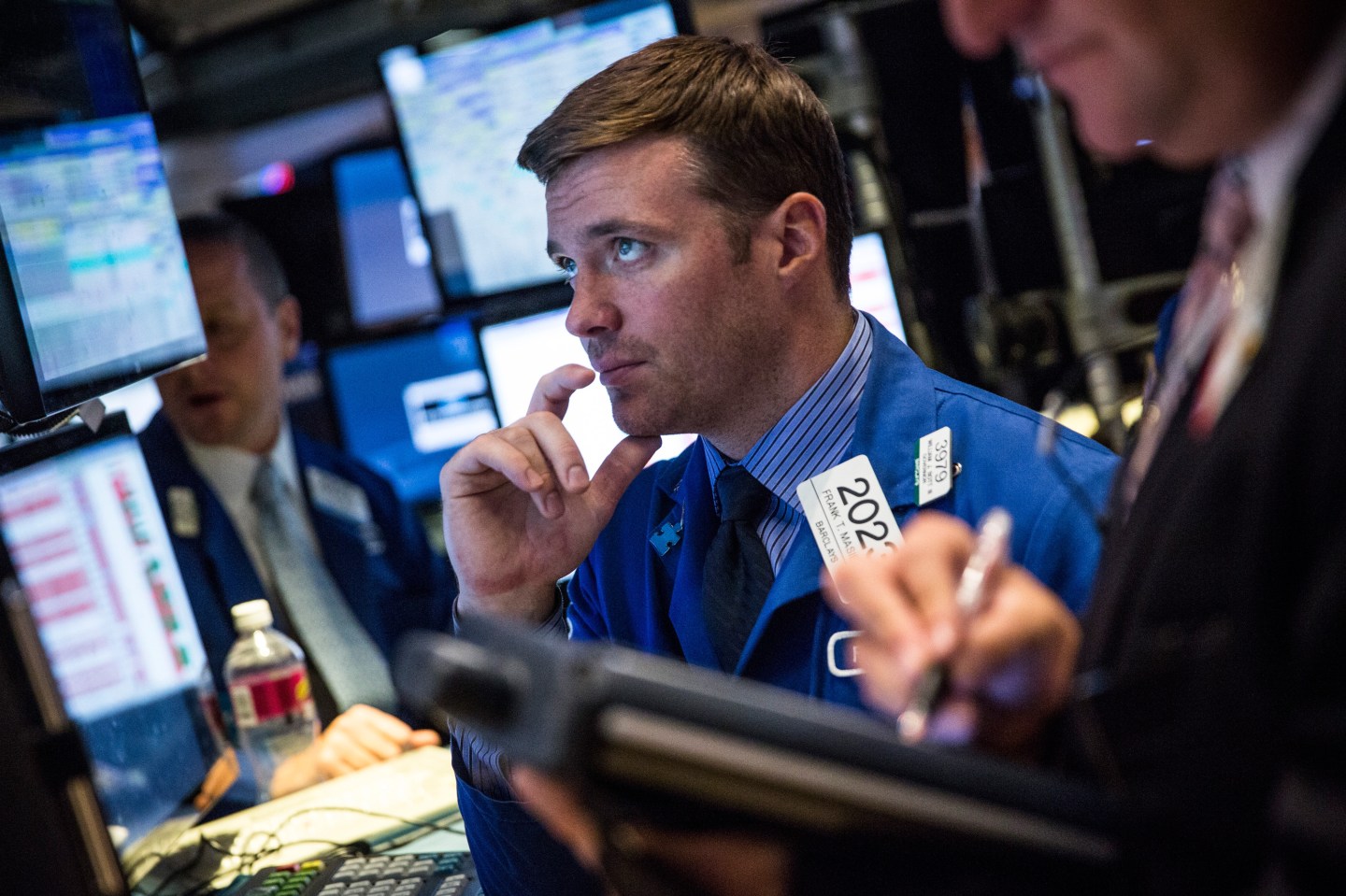 NEW YORK, NY - SEPTEMBER 17: A trader works on the floor of the New York Stock Exchange after the Federal Reserve chose not raise interest rates on September 17, 2015 in New York, United States. Traders had speculated for weeks over whether the fed would raise rates or keep them at near zero percent interest. (Photo by Andrew Burton/Getty Images)
Andrew Burton Getty Images

Global equity markets suffered a bruising third quarter, shedding $11 trillion worth of global shares over three months, according to Bloomberg.

It was the market’s worst quarter since 2011. The prolonged slump was due to low prices for commodities such as oil, instability in China’s markets, and the anticipation that the U.S. Federal Reserve will soon raise interest rates.

It’s possible that markets will bounce back to close out the year. U.S. stocks rose the most they have in three weeks on Sept. 30, and European and emerging market equities also moved higher.

Still, it’s unclear whether the rally was the beginning of a trend reversal or a one-day blip on a continued decline. Analysts say Friday’s jobs report will be key in assessing whether the U.S. jobs market is robust enough to handle a potential interest rate increase by the Fed in the months ahead.