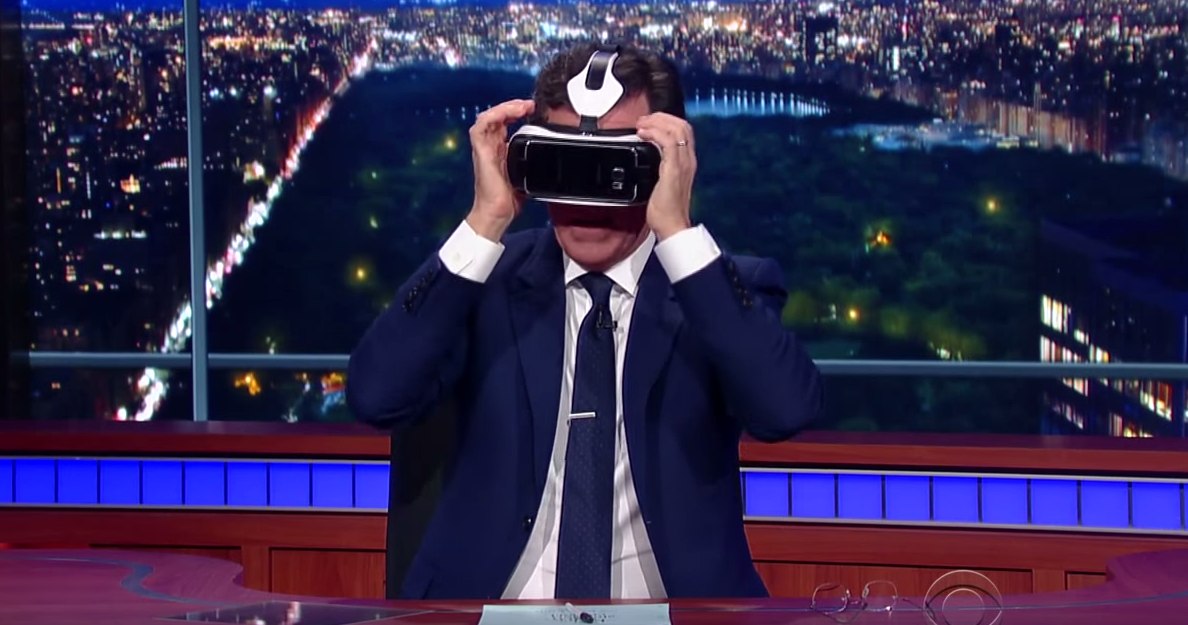 Stephen Colbert chatted with Arnold Schwarzenegger, Mike Huckabee and Rand Paul on The Late Show Wednesday night. There was only one catch: none of them were real.

Colbert tried out Samsung’s Gear VR headset in preparation for CNN’s livestream of the upcoming Democratic presidential debate in virtual reality. CNN recorded the previous Republican debate and made it available on the headset, meaning anyone can have the three-hour event right in front of them at any moment.

Colbert cued it up and got going in a nearly seven-minute segment, where he joked, “It’s really like I’m sitting and watching something I can see on TV.”

You can watch the full clip above.