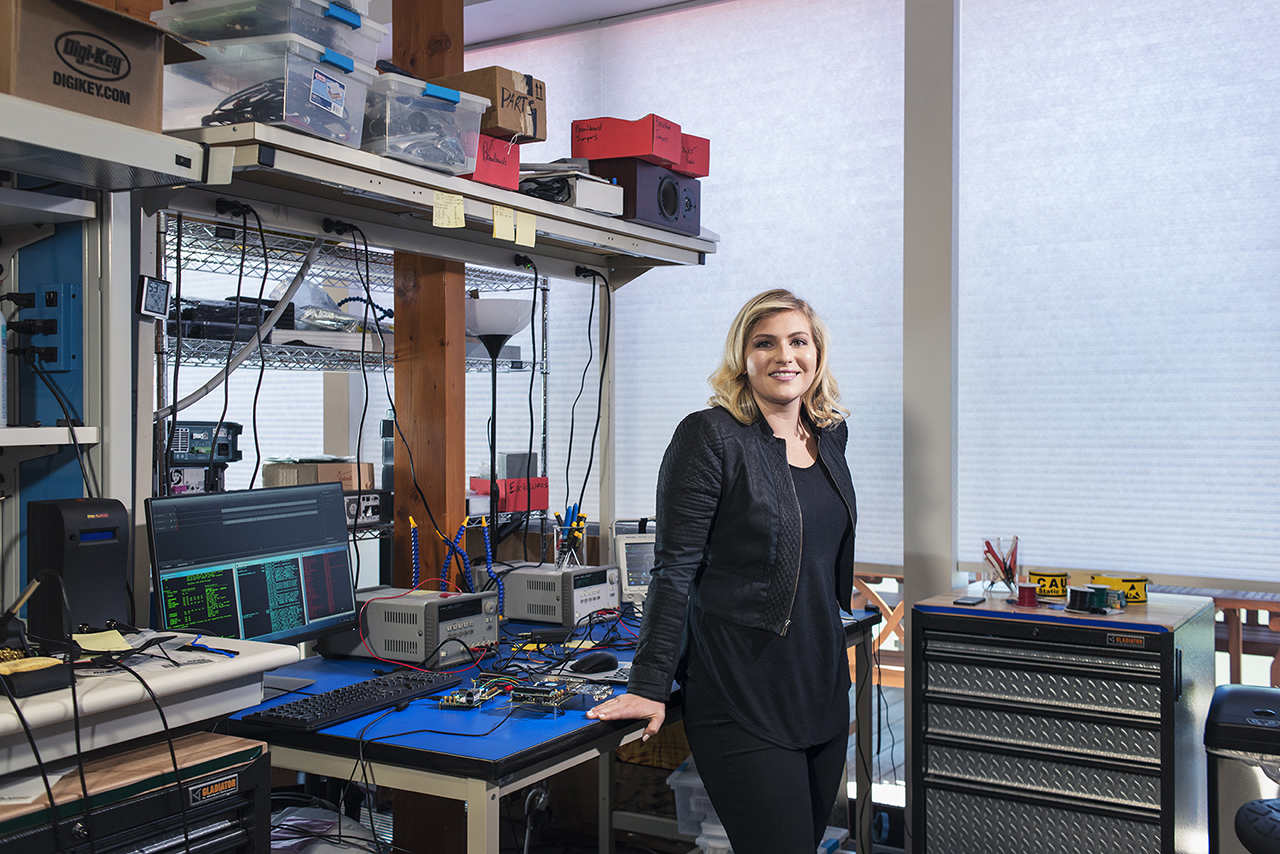 26-year-old Meredith Perry has big ambitions to roll out the first truly wireless charging device. And now she has two experienced new executives to help her do so.

uBeam, the company Perry started in 2011 at the University of Pennsylvania with fellow student Nora Dweck, has earned scores of buzz and attention—all before ever launching a product. Its aim is to sell a small panel that uses ultrasound waves to charge a device, like a smartphone, from across the room. (While wireless charging already exists—there are power mats galore—Perry argues these are not true wireless chargers because the device still needs to be placed on a base.)

As Perry has toiled away on her invention, she has attracted some of the biggest names around as investors, including Marc Andreessen (who compares uBeam to “the Harry Potter world”), Mark Cuban (he calls it a “zillion-dollar idea”) and Marissa Mayer (she invested 15 minutes after first meeting Perry.)

This week, uBeam announced it has hired two mobile veterans to give the company some senior gravitas. Jeff Devine, who has held senior roles at Nokia and Cisco, has joined as uBeam’s COO, and Monica Hushen, who has held finance roles at Apple and Palm, has joined as CFO. “Our focus is shifting from small-scale prototype development to large-scale production of product for the masses as we approach our launch,” said Perry in a statement. “Jeff and Monica bring extensive industry experience at large-scale, multinational organizations taking multiple hardware and consumer electronics devices from prototype through production.”

Along with the two new hires, uBeam has received another $10 million in funding—not a new round, but a convertible note, from investors including superagent Ari Emmanuel’s VC fund WME Ventures—bringing its total funding to $23 million.

That money will help Perry continue to staff up as she attempts to launch a product that she believes will convert uBeam’s many doubters: “There may be people on the Internet who don’t believe it’s true,” Perry told Fortune earlier this summer. But when people see the product with their own eyes, she insists, “they are are converted instantly.”