There’s one group of people who will love Trevor Noah 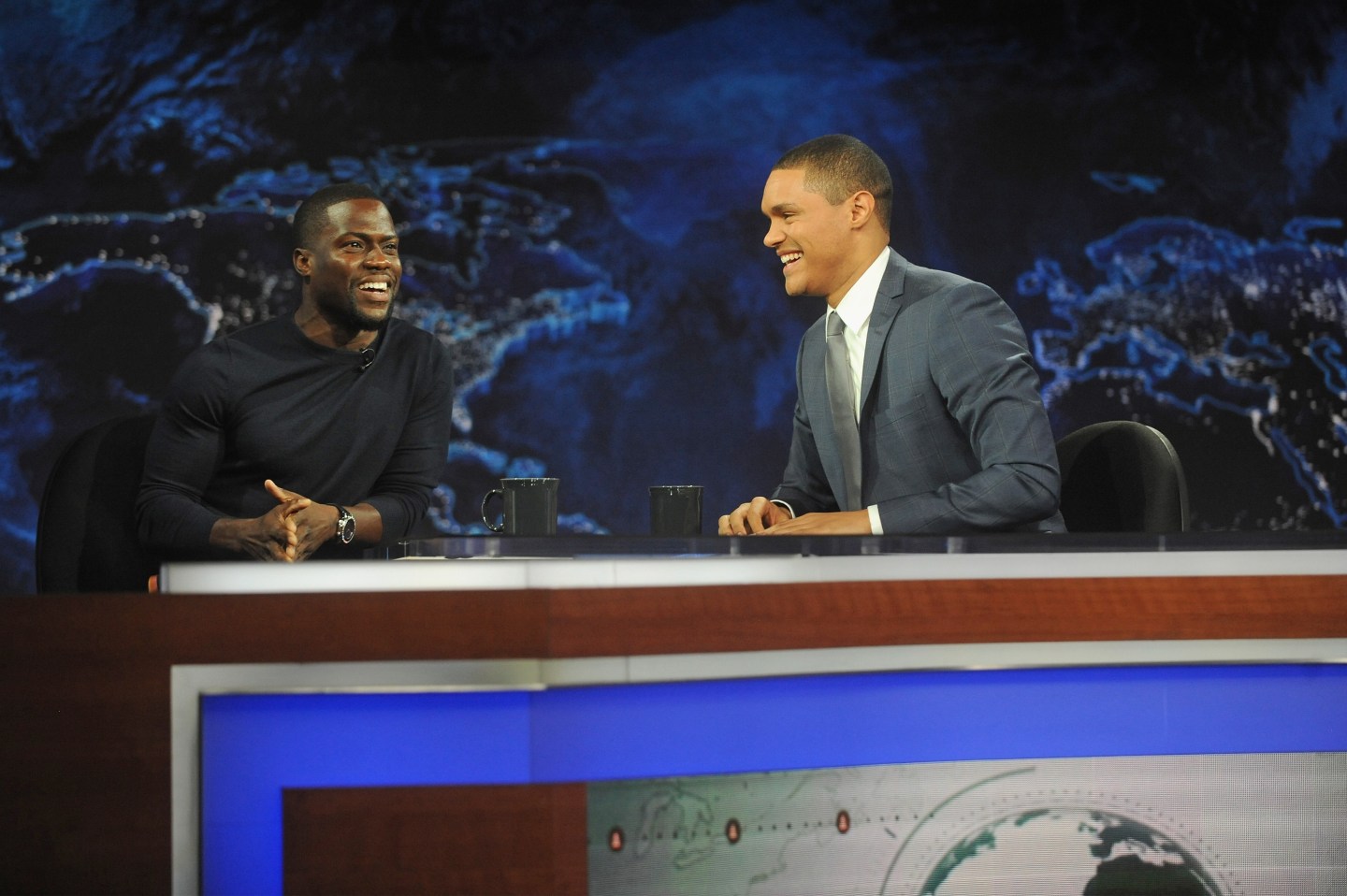 Anticipation was palpable and expectations were high for Trevor Noah’s debut as new host of The Daily Show this week. Filling the seat of the beloved Jon Stewart is a formidable job, the very prospect of which has left fans and curious media cautiously optimistic — heavy on the cautious. The general mood seemed to be one of wishing the young comedian well and hoping for the best, but fully anticipating that he would need some time to “grow” into the role, perhaps after a slow start. Reviews so far have been mixed. My take: Noah nailed it.

Some of our now-favorite late-night hosts who have recently taken over from previously successful and beloved predecessors have eventually ramped up to owning their own seats after slightly bumpy starts — Stephen Colbert’s first hesitant nights in David Letterman’s iconic chair, Larry Wilmore’s slightly awkward start in a new format during Stephen Colbert’s timeslot, Seth Meyer’s stiff delivery during his first several weeks on The Late Show, and Jimmy Fallon’s awkwardly sweaty first few Tonight Show episodes in Jay Leno’s chair. All have gone on to be quite good, but it’s impossible to deny their nervous starts. Noah, on the other hand, was smooth, comfortable and confident in his debut, handling the daunting task with apparent ease.

For devout fans of the show (is there any other kind?), the new Daily Show with Trevor Noah is comfortingly similar to The Daily Show with Jon Stewart — same theme music, format and the familiar moment of zen closing — but with some fresh updates to the set and graphics. Noah’s energy and style are different from Stewart’s, but it seems clear that many of the old writers remain, giving the host witty material viewers love that he can deliver in his own voice. While he is a bit more low-key than Stewart, he did show bursts of energy, like his boisterous introduction of the segment on the Pope. It is likely that as he gets more comfortable, he’ll become even more animated within the bounds of his own personal style, but he left more of the antics to his correspondents for the first episode. The one part of the show that did belie a bit of Noah’s newness was the interview segment, which is often the most awkward format for new hosts — sometimes even for the seasoned. However, his choice of Kevin Hart as his first interview guest was brilliant, as Hart’s general hyperactivity and nonstop chatter — always in a loud outside voice — prevented any of the common quiet moments or awkward pauses that often plague guest interviews.

As for millennials, they’ve likely followed Jon Stewart for the last handful of years — but not his entire 16-year tenure — and will likely be just fine with his carefully picked replacement. As America’s most diverse generation to date, millennials can appreciate his upfront comedic enumeration of all of the things that he is clearly not — a woman, white and American. And while they, too, are comforted by the continuity offered by the familiar writers, comedic style and show format, they’re more open to change than, perhaps, some of Stewart’s older audience. Along with a 31-year-old voice that represents their generation’s view of the world and current events, a fresh face and new wardrobe of chic slim-fit suits are quite appealing to millennials, and it doesn’t hurt that Noah gives very good face.

Noah’s debut was a lesson in balance: As far as his content, there was sufficient homage paid to predecessor Jon Stewart, but without overdoing it. He addressed the fact that he’s young, black and African as opposed to American, without harping on any of these notable demographic differences, but still addressing the obvious in a totally appropriate — and quite comical — tongue-in-cheek style. Noah demonstrated the slightly self-deprecating humor with just the right dose of humility that worked so well for Stewart, and enjoyed a bounty of current national and world news. What makes his debut even more impressive — he didn’t even need to fall back on the obvious and plentiful bevy of Trump jokes to get laughs. Now that’s rich!

Marlene Morris Towns is a teaching professor of marketing at Georgetown’s McDonough School of Business.