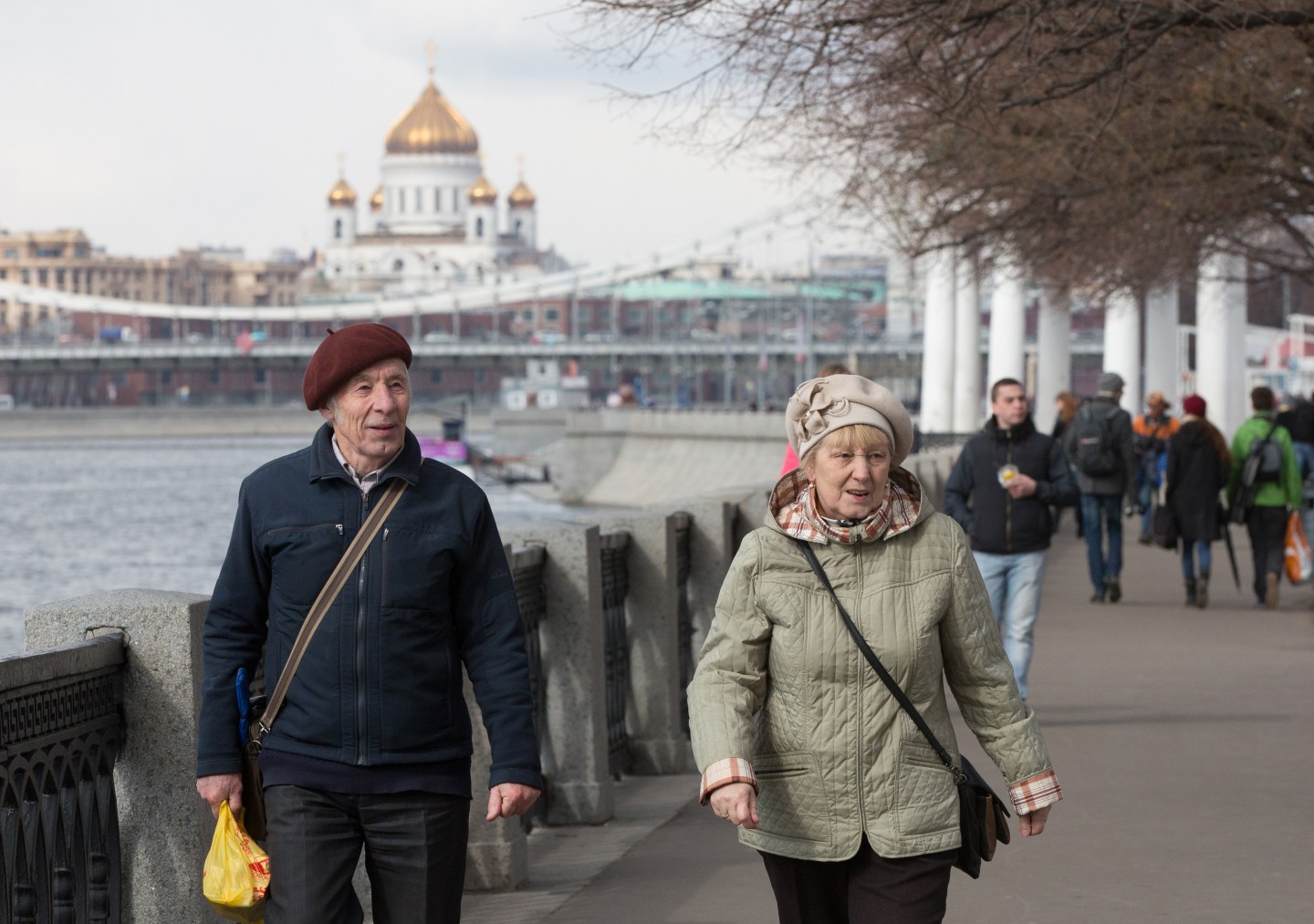 Pensioners walk on the bank of the River Moskva in Neskuchny Garden in Moscow, Russia, on Sunday, April 19, 2015. Russia will extend a freeze on pension-fund contributions for another year and put off a decision on an overhaul that may result in the confiscation of 3 trillion rubles ($52 billion) of retirement savings, a survey showed. Photographer: Andrey Rudakov/Bloomberg via Getty Images
Bloomberg Bloomberg via Getty Images

Russia is grabbing the world’s attention again Wednesday as its warplanes start airstrikes in Syria in support of President Bashar al-Assad, but away from the headlines the government is launching a different kind of raid–on the country’s pensioners.

As the economy continues to shrink under the weight of rock-bottom oil prices, collapsing business investment and western sanctions, the government is proposing to raid the country’s pension scheme to fill a yawning hole in the budget. It’ll be the third year in a row that Moscow has resorted to a measure that even senior officials admit is building up big trouble for the future. Ex-finance minister Alexey Kudrin warned earlier this year that the measure is turning the country’s pension system into a ‘pyramid scheme.’

Russia’s pension system stands on two mandatory pillars: half of the receipts from country’s main payroll tax fund a basic state pension, modeled on the pay-as-you-go model that is storing up trouble for all countries with ageing populations. The other half is transferred to individual investment accounts.

It’s the transfer of the second half, which is supposed to ensure that future pensions are linked to lifetime earnings, that the government is “temporarily freezing” for the third year in a row. The move will save some $5 billion in budget outlays, according to the newspaper Vedomosti.

It quoted central bank governor Elvira Nabiullina as saying that such a move would erode the sustainability of the pension system “for the sake of solving short-term problems.”

Vedomosti said the government needs to find a total of $8.8 billion to keep the budget deficit to 3% of gross domestic product this year. GDP itself is set to contract by 3.4% this year, according to the International Monetary Fund, but some private-sector estimates suggest the figure will be nearly 4%. It has few other options. Russia’s domestic capital market is underdeveloped, and international capital markets are effectively closed to it due to western sanctions. Putin has largely ringfenced defense and social spending, limiting the choices for cutting outlays, and the social spending bill has risen sharply due to an inflation rate of 15.8%. Because the transfer largely affects only future pay-outs, the freeze is less politically painful in the short term.

The country’s main sources of tax revenue are oil and gas, but the industry successfully lobbied to stop an increase in production taxes to plug the gap this month. Local media reports suggest that the government is now looking to squeeze the steel industry instead.

Prime Minister Dmitry Medvedev informed lawmakers from President Vladimir Putin’s United Russia party about the measures at a meeting earlier this week. They are set to be confirmed at a government meeting next week.