How new rules could kill the vaping boom 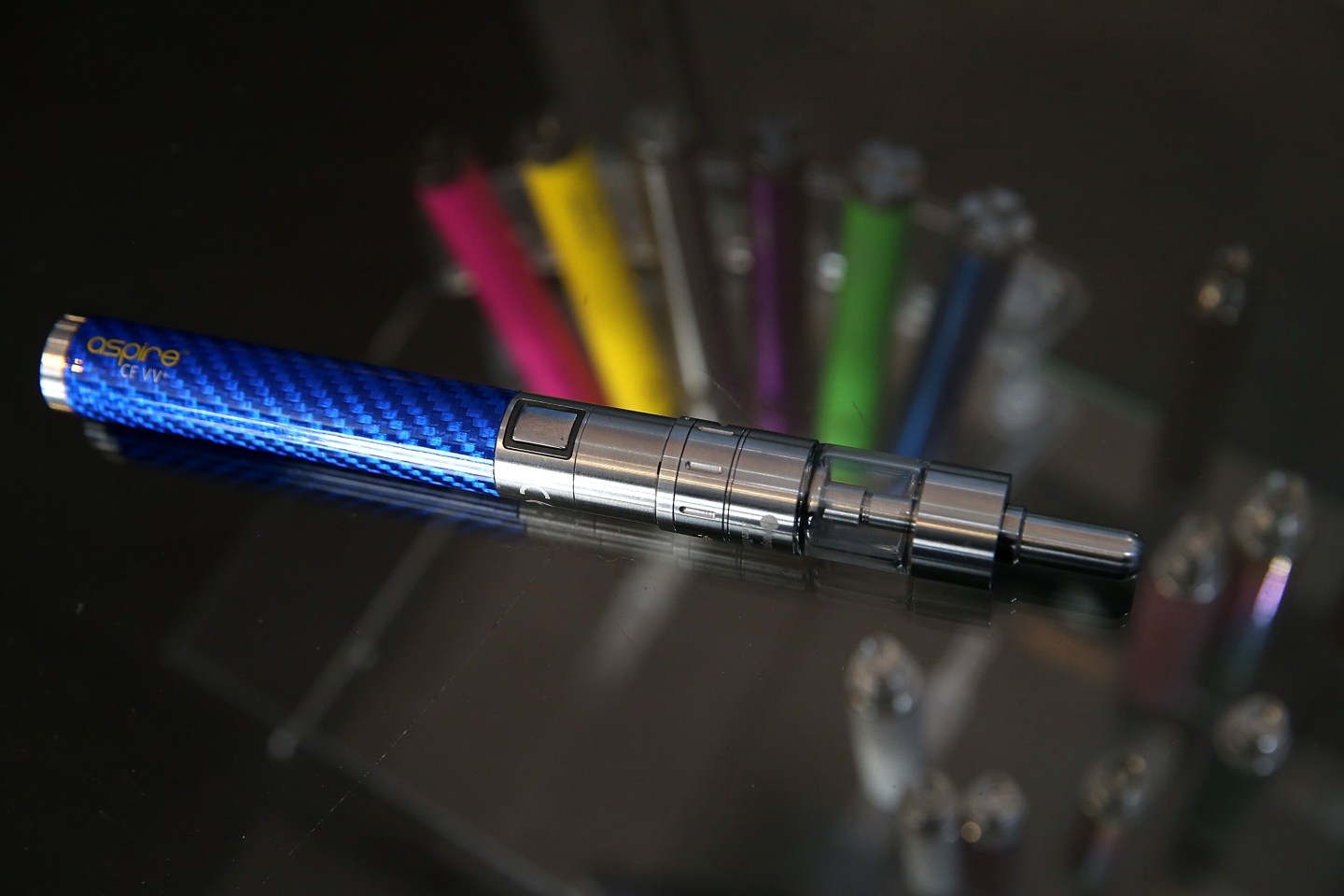 SAN RAFAEL, CA - JANUARY 28: E-Cigarette vaporizers are displayed at Digital Ciggz on January 28, 2015 in San Rafael, California. The California Department of Public Health released a report today that calls E-Cigarettes a health threat and suggests that they should be regulated like regular cigarettes and tobacco products. (Photo by Justin Sullivan/Getty Images)
Photograph by Justin Sullivan — Getty Images

When Randy Freer was trying to quit smoking, he wanted to try vaping—battery-operated devices that deliver nicotine by vaporizing liquids. (Some ex-smokers find the combo of the flavors and the ability to dial down the nicotine helps them quit.) But Freer found he couldn’t keep a supply of the vaporizers he liked—they were always out of stock.

So being the entrepreneurial type, he created his own e-liquids to vape. In 2012, he launched P.O.E.T. (Pursuit of Excellent Taste), a small business based in Seal Beach, California, that sells e-liquids. Three years later, he says his company sells to some 130 stores internationally as well as online, and has $500,000 in annual sales.

But all that could disappear if the Food and Drug Administration (FDA), as expected, finalizes its rules on e-cigarettes and other vaping products. The rules would require federal approval for most flavored liquid nicotine juices and e-cig devices sold in vape shops.

“If that [FDA rule] goes through, it’ll put me back into the job market,” Freer says.

He and practically everyone else in the vaping business. According to one estimate, the approval process would require such an extensive data collection for each item that it could businesses cost $2 million to $10 million, the Wall Street Journal reported.

“Essentially the FDA regulation is a guaranteed death knell for over 99% of the companies in the industry,” says Gregory Conley, president of the American Vaping Association, an advocacy group. That would affect the estimated 8,000 to 12,000 vape shops in the United States and the estimated 1,000 manufacturers and wholesalers of vaping equipment.

Tobacco giants produce the e-cigarette brands, which look like cigarettes and are sold in supermarkets. But, second generation vaporizers—the kind sold by small and mid-sized businesses, like Freer’s — are larger, more like fountain pens, and users can customize them with different flavored e-liquids. They also have bigger batteries and cartridges so they can last longer.

Pressure on the vaping industry

The FDA is proposing different compliance dates to give a little leeway for small businesses, so the regulations may not be noticeable to vapers for a couple of years. But there is a lot of pressure to restrict vaping and e-cigarette sales.

All US states except for Maine, Pennsylvania and Michigan have laws that prohibit selling e-cigarettes and vaping products to minors. This year, there were roughly 200 bills introduced across 40 states that addressed some aspect of e-cigarette and vapor product regulation. “The overall theme of this legislation is an effort to fold vapor products into existing laws that apply to combustible cigarettes and other tobacco products,” says Alex Clark, legislative director of the Consumer Advocates for Smoke-free Alternatives Association, an advocacy organization that promotes the right to cigarette alternatives.

The bills include taxing e cigarettes and vaping devices, prohibiting vaping where smoking is banned, prohibiting flavoring and advertising that is intended to appeal to minors, requiring licensing of vaping shops, labeling laws, and child resistant packaging. Jumping on the regulation bandwagon, the National Park Service just announced that it would ban vaping from its parks.

Consumer advocates are pushing for regulations, saying vaping presents major health concerns. In a recent report by the Center for Environmental Health, entitled, “Smoking Gun: Cancer-causing chemicals in e-cigarettes,” the group said it found the majority of e-cigarettes and other vaping products tested contained high levels of cancer-causing chemicals formaldehyde and acetaldehye. The group said it was “concerned about the unregulated marketing of e-cigarettes, and especially sales to teens and young people, while little is known about the health hazards from inhaling e-cigarette smoke.”

Yet many e-cig users say it helps people quit smoking and believe these e-cigs are at least safer than regular cigarettes. They say that taking them off the market will hurt the chances of quitting for millions of current smokers. Dr. Gregory Masters, an oncologist in Newark, Del., recently told WebMD he understands the conflicted public opinion. “I do have safety concerns for e-cigarettes because nicotine is bad for you, and we don’t know all of the risks with e-cigarettes,” said Masters. “I struggle when I get asked by patients, should I use e-cigarettes? I don’t want to condone e-cigarettes as a healthy alternative, but could it be a less dangerous alternative? It could be.”