Obama and Putin got nowhere over Syria 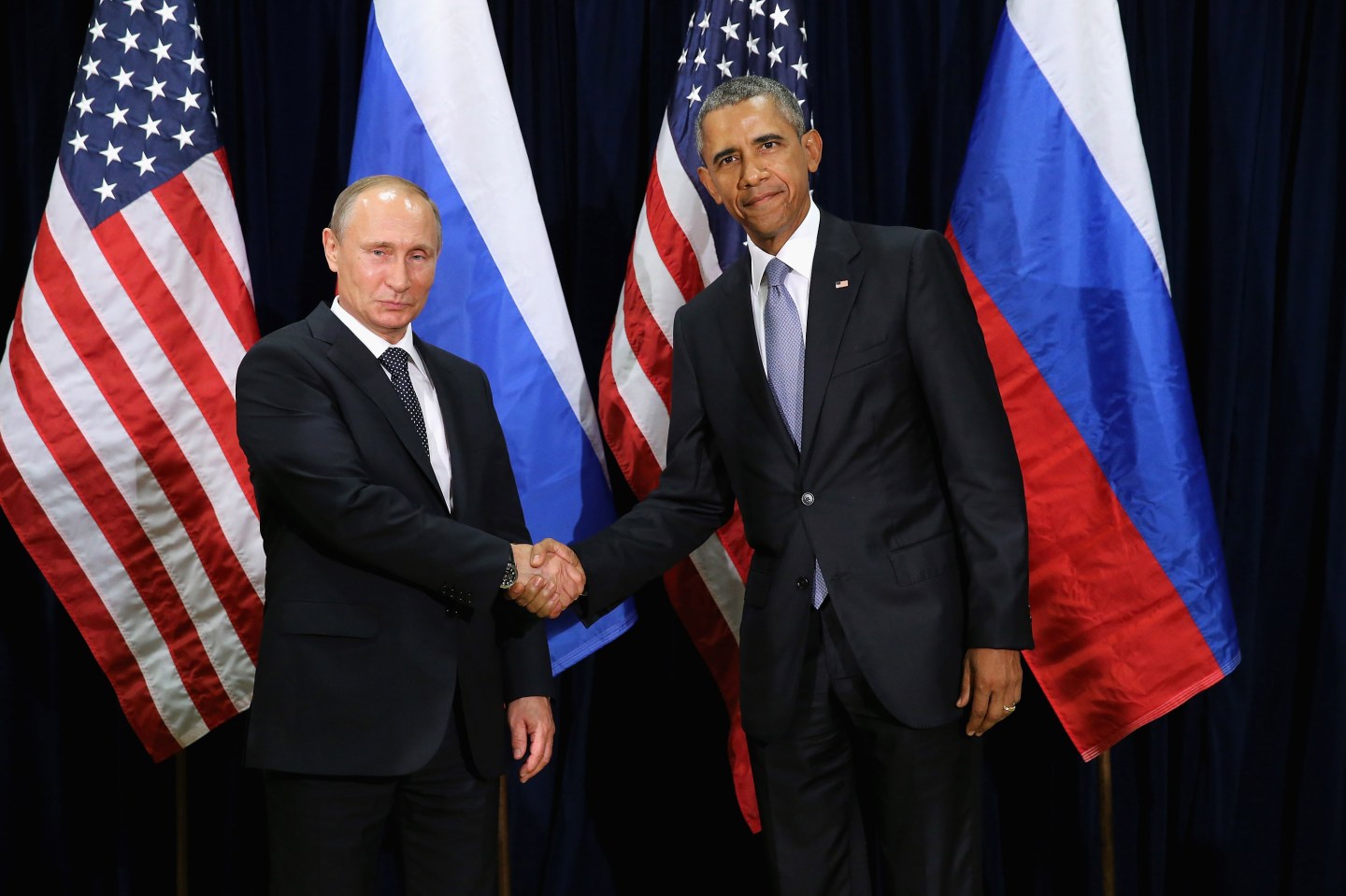 After all the hype ahead of their meeting, Presidents Barack Obama and Vladimir Putin appear to have made very little progress last night in building a coalition that can defeat the so-called Islamic State in Syria and Iraq.

Russian and U.S. media were unable to point to any concrete points of agreement after the two heads of state talked for over an hour and a half late Monday–their first head-to-head meeting in over two years.

That’s bad news for the Syrians caught in the country’s multi-vector civil war, and bad news for the European Union, which is tearing itself apart over how to deal with an enormous flood of refugees and migrants fleeing this and other conflicts.

Relations between the two countries remain “regretfully at a rather low level,” Putin told Russian reporters after the meeting, blaming “U.S. resistance” to his plan for a ‘grand coalition’ to take on ISIS. “We now have an understanding that our work needs to be strengthened, at least on the bilateral basis. We are now thinking together on the creation of appropriate mechanisms.”

What that means in practical terms is still anyone’s guess. The prospect of U.S. and Russian troops serving under a unified command seems fanciful. And neither country alone seems capable of effectively bringing other regional powers such as Turkey, Iran and Saudi Arabia (let alone Israel) to drop their own ambitions in order to focus on degrading ISIS.

Most of all, the U.S. and its NATO allies refuse to fight alongside the forces of Syrian President Bashar al-Assad, saying that he has committed too many atrocities against his own people to be part of a long-term peace plan.

The refugees “aren’t only fleeing a war, they’re fleeing Assad,” French President Francois Hollande told the UN General Assembly earlier. “One can’t put the victims together with him.”

Putin has sent almost 2,000 troops to Syria in recent weeks along with artillery, modern warplanes and anti-aircraft missiles to bolster the position of Assad, Russia’s most important ally in the region, as he tries to broker a solution. However–like the U.S.–Putin is shying away from committing larger numbers of ground troops to the country, fearful of becoming bogged down there. Some Russian media have already started to draw parallels with the Soviet Union’s invasion of Afghanistan, which also started as an attempt to tackle Islamist-fuelled instability on Russia’s southern flank.

Russian forces are already fighting a proxy war in eastern Ukraine (though Putin denies this), which is already a substantial drain on the resources of a country whose economy is suffering from the collapse in oil prices and western sanctions. Ukraine’s President Petro Poroshenko had led his delegation to the UN out of the chamber during Putin’s speech there earlier, in an effort to make sure his country wasn’t forgotten amid all the talk about Syria.