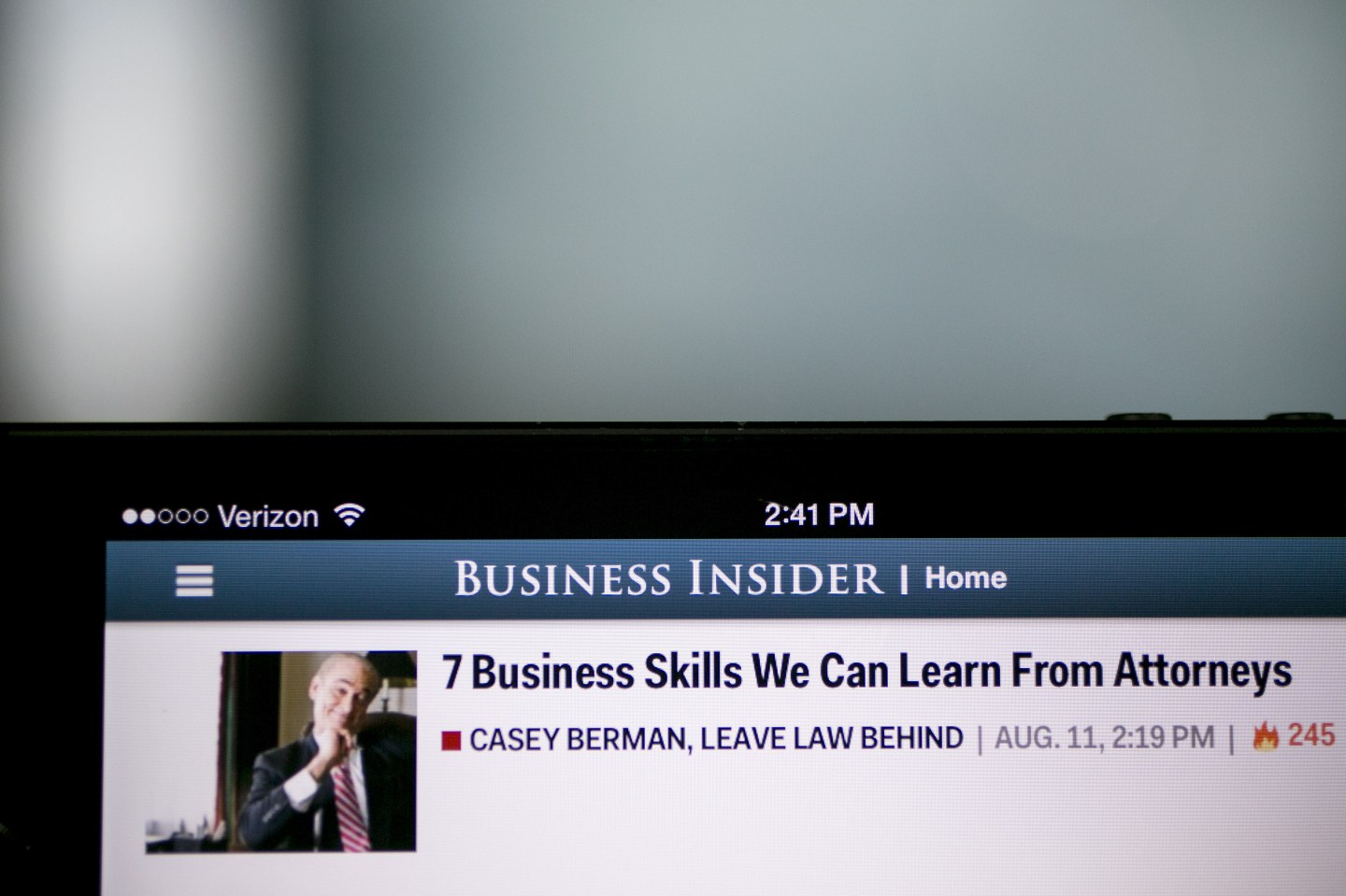 German publisher Axel Springer today announced that it will buy New York-based media site Business Insider at an enterprise value of $442 million (including debt and cash on hand).

More specifically, Axel Springer will pay $343 million for an 88% equity stake in BI, with the remaining 12% mostly consisting of existing Axel Springer shares (it invested earlier this year) and rolled-over shares held by Amazon CEO Jeff Bezos (he invested in the same round). All of BI’s other venture capital backers will cash out.

Mathew Ingram has much more on the deal here, but I also wanted to add a few notes based, in part, on a conversation with BI board member Stuart Ellman, who also is a partner with early BI investor RRE Ventures:

1. Axel Springer was very concerned with retaining top management for the long-term, particularly founder and CEO Henry Blodget. “One of their non-negotiables was locking people up,” Ellman says. “They expect the BI team to be core to their digital future, and don’t want them to just walk away in a year.”

2. Business Insider hit a $442 million valuation on just $55 million in venture capital investment. That’s an 8:1 ratio. Buzzfeed has raised nearly $300 million and most recently was valued at $1.5 billion. That’s closer to a 5:1 ratio. No, none of this really matters as they are two very different businesses, but I did find it interesting. Ellman also says that had BI not sold now, it likely would have raised a large funding round within the next six months.

3. Buzzfeed also happens to have been an RRE portfolio company before BI, and Ellman asked Buzzfeed CEO Jonah Peretti to aid him on BI due diligence. The round RRE ultimately led in mid-2010 valued BI at just around $14 million.

4. Ellman says that BI never really had a major pivot or strategic shift, save for changing its original name away from Silicon Alley Insider. “They continued to innovate along the way, of course, but the basic game-plan remained the same.”