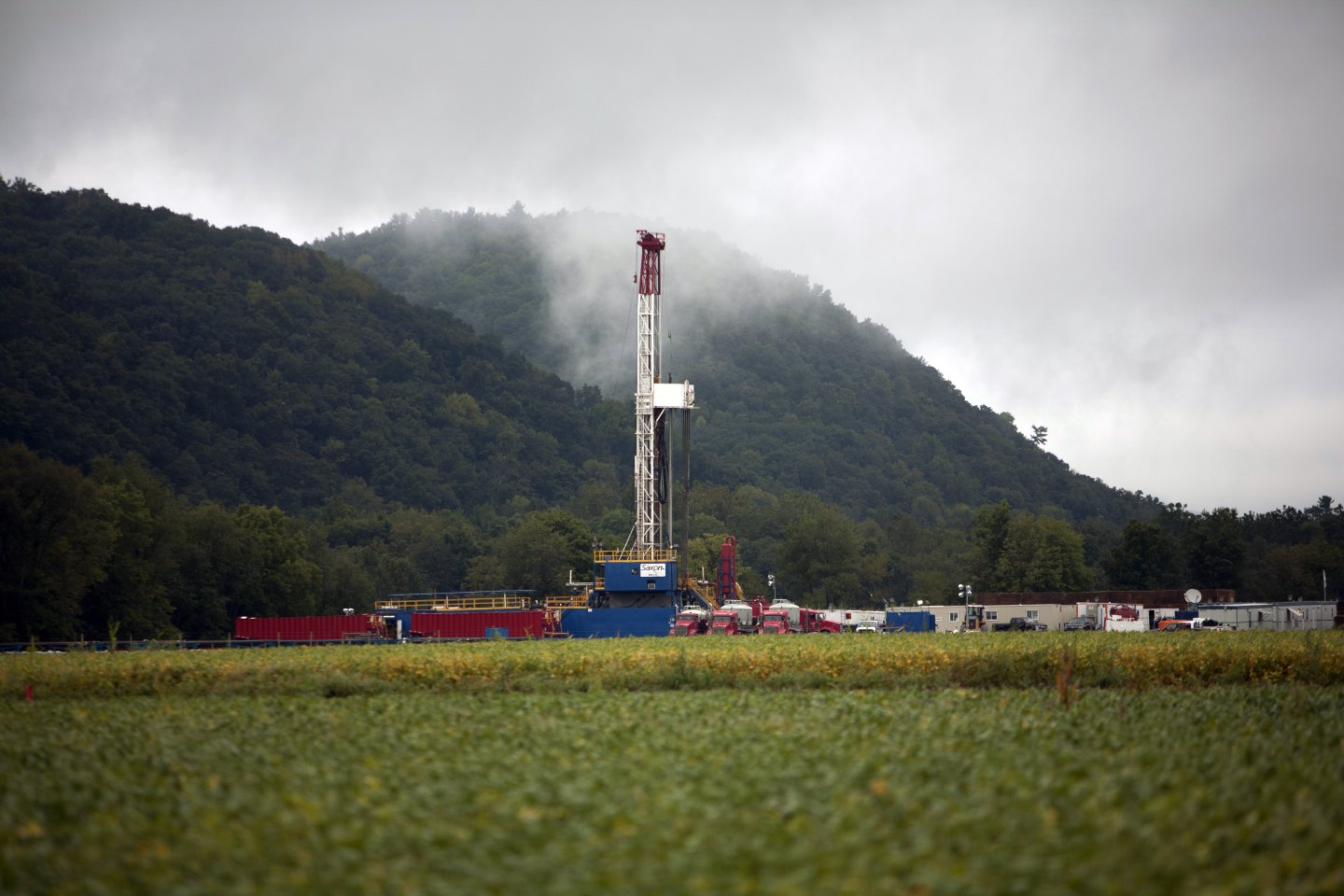 Doomsday may finally be coming to the fracking industry.

Despite the big drop in oil prices in the past year, there have been relatively few bankruptcies in the energy industry. That may be about to change. James West, an energy industry analyst at ISI Evercore, says months of low activity have left many of the companies in the hydraulic-fracturing business either insolvent or close to it. He says as many as a third of the fracking companies could go bust by the end of next year.

“This holiday will not be a time of cheer in the oil patch,” says West.

So far oil and gas exploration companies, while cutting back somewhat, have continued to spend based on budgets set a year ago when oil prices were much higher. But now West says the price of oil is catching up to them, and they may soon have to drastically cut back their spending on services. The catalyst is the banks.

Banks lend to oil exploration companies based on the value of their reserves. But they only audit the value of those reserves every October. Given how much oil prices have tumbled in the past year, many analysts expect banks to greatly reduce in the next month how much they are willing to lend to oil and gas companies. Regulators, worried banks may face losses, have recently been pressuring banks to cut back their lending to oil and gas companies.

On Friday, credit ratings firm Standard & Poors reported that its distressed ratio, which measures the percentage of corporate borrowers that investors appear nervous may not be able to pay back their debt, had reached the highest level since 2011. The oil and gas sector accounted for the largest number of the distressed borrowers, 95 out of 270.

Most of the fracking firms that face extinction are relatively small. But the problems are starting to affect some of the bigger companies in the industry. On S&P’s list of distressed borrowers is Linn Energy, a $1 billion market cap oil and gas exploration company based in Houston. It has nearly 2,000 employees. Shares of Linn (LINE) have dropped 90% in the past year. S&P says the company has nearly $6 billion in outstanding distressed debt.