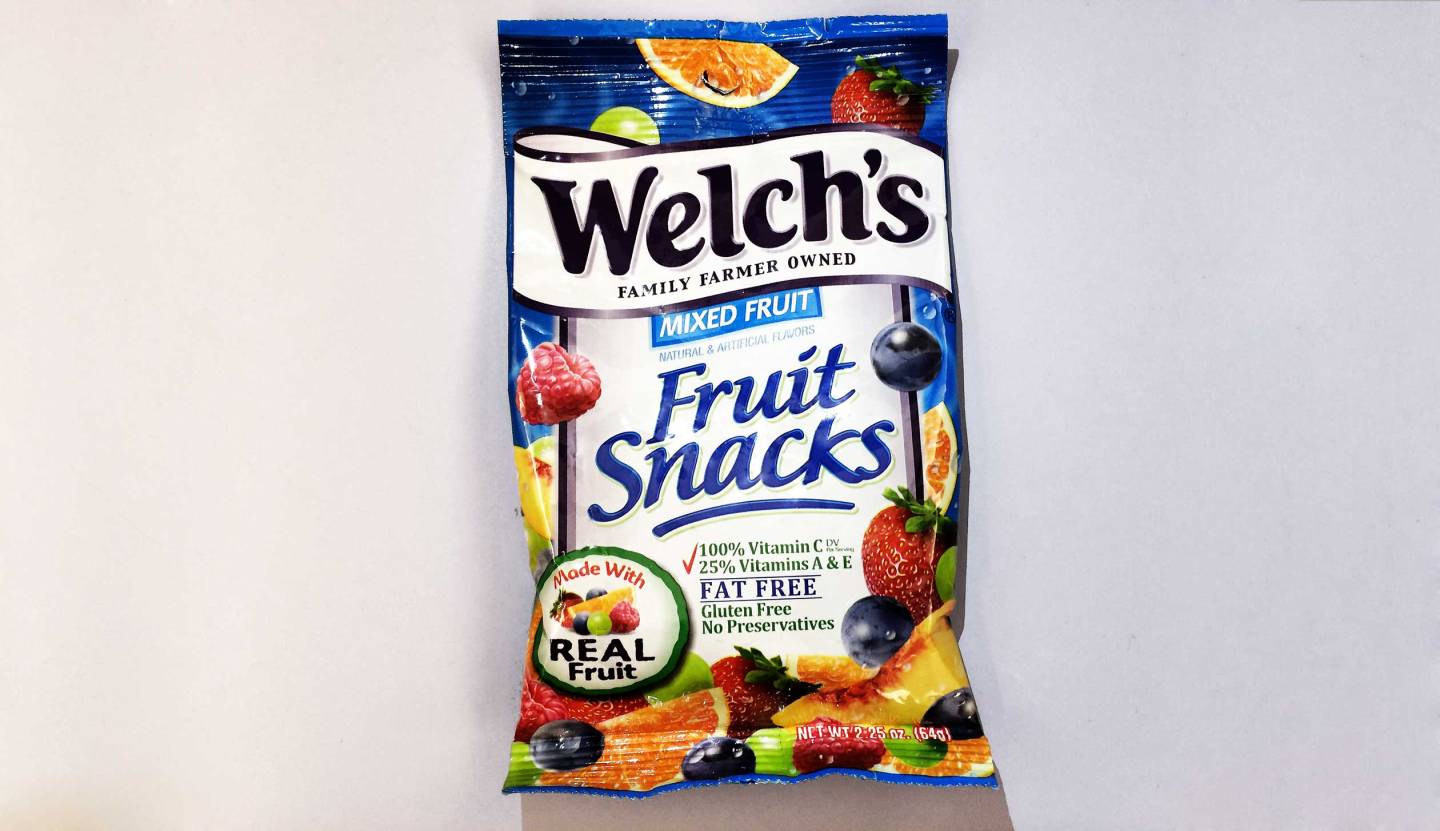 Photograph by Kacy Burdette for Fortune

The company behind Welch’s Fruit Snacks is facing a class action lawsuit that claims the lunchbox and vending machine staple is “no more healthful than candy.”

The case alleges that the product’s manufacturer, Promotion in Motion, deceptively marketed the snacks as containing “significant amounts of the actual fruits shown in the marketing and on the labeling of the product, were nutritious and healthful to consume, and were more healthful than similar products.” The labels state that the products are “made with real fruit,” but the suit alleges sweeteners comprise two of the top three ingredients—sugar alone accounts for 40%—and the snacks have no dietary fiber, which is a key nutritional component of fruit.

“If they called it junky happy joy chewy, that would be fine,” says Stephen Gardner, who is an attorney for the plaintiff. “But they’re marketing this to people so they choose to buy it as an alternative to fruit. It’s an alternative to M&Ms—not to use M&Ms pejoratively. I love M&Ms.”

Promotion in Motion licenses the brand name from Welch Foods, which is also named as a defendant in the suit, claiming that the two companies “acted in concert.” One of the points at issue is whether Promotion in Motion and Welch Foods are wrongly capitalizing on the brand’s reputation as wholesome and nutritious.

“Welch’s is liable for what goes out with its name,” Gardner wrote in a follow-up email to Fortune. “Consumers think they are buying a Welch’s product, not something from an outfit they’ve never heard of.”

Welch Foods referred questions to Promotion in Motion, which declined to be interviewed but provided a statement calling the complaint “false and misleading.” The statement asserts that “It is a fact that fruit, whether in the form of juices or more recently purees, has always been the first ingredient in Welch’s Fruit Snacks. Our labeling is truthful and gives consumers the information they need to make informed decisions.”

The complaint alleges that the products are made with fruit juice from concentrate—which it says is similar to “empty-calorie sugar syrup”—and that the fruits depicted on the packaging are not the same as the juices actually used. For example, the suit says the label and marketing of Berries ‘n Cherries Fruit Snacks depicts berries and cherries on the packaging, but the product contains mostly apple, grape, pear, peach, and pineapple juices from concentrate.

The case comes at a time when consumers are becoming more sensitive to labeling. A litany of food companies are backing off from using the term “natural” in their labeling and marketing after facing lawsuits. “Natural,” which is not defined by the U.S. Food and Drug Administration, has no real meaning. The majority of consumers also now say they want labeling to indicate if a product contains ingredients with genetically modified organisms.

Gardner, for his part, draws comparisons between his current case and the resistance of Big Food companies to label products with GMOs. “It’s the clearest instance of companies fighting to keep consumers from learning a fact that they know consumers want to know about a product,” he says, “because if they knew it, they wouldn’t buy the product.”