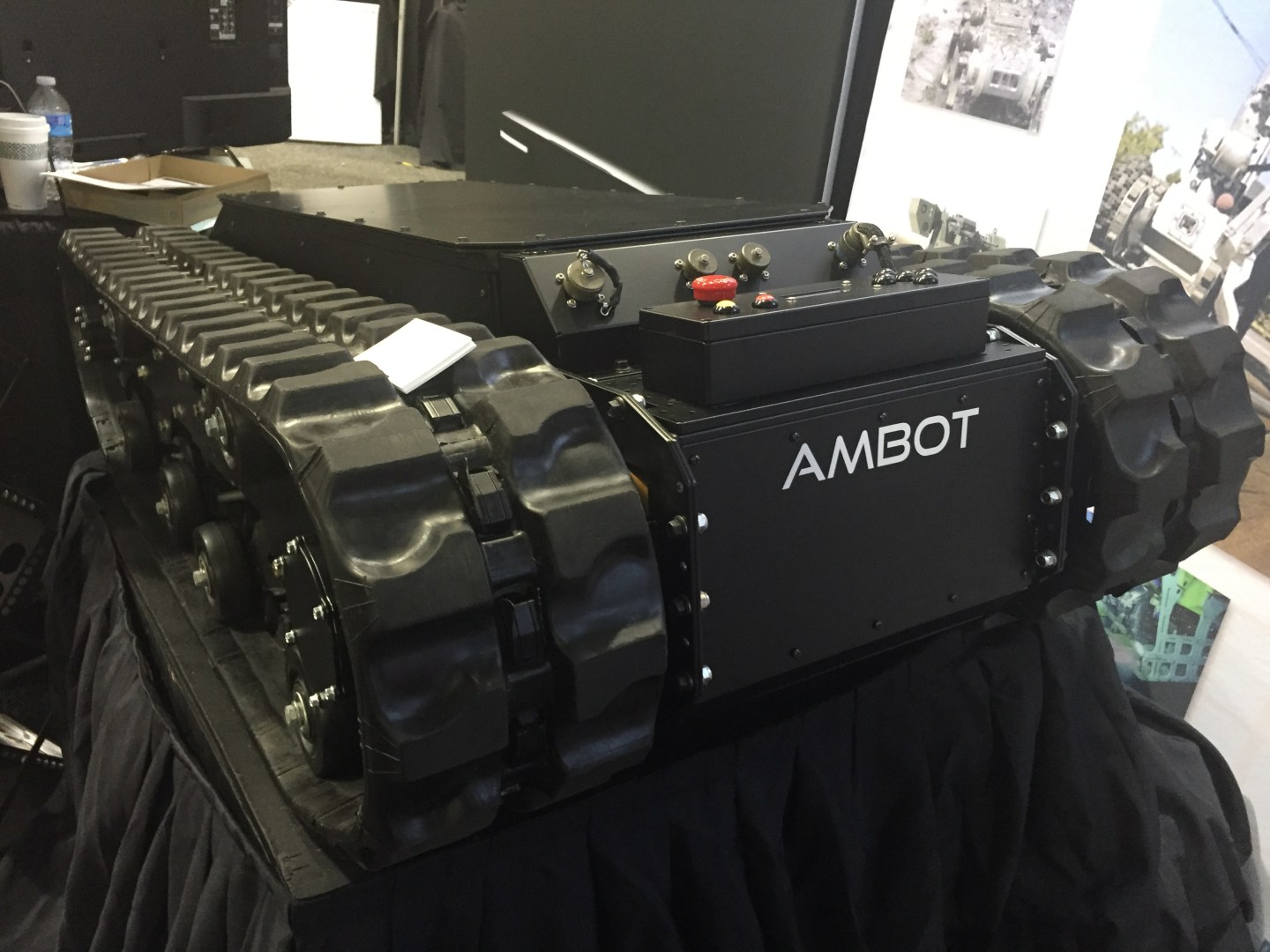 It’s unlikely that robots will rise against humanity any time soon. But they can still invade a technology conference.

Robots took over the floor at the annual RoboBusiness conference in San Jose this week, including a small white one that bobbed its head and flashed its eyes in multiple colors while a smiling woman stared at its pale face. Another robot resembling a mini-trashcan zoomed around faux hotel room like an over eager maid.

Robots still have a long way to go before becoming life-like. Yet there is still some impressive robotic technology being built for everything from manufacturing to the military. Here are five of the most interesting examples:

1. This robot is a quick learner

Rethink Robotics specializes in building robots with versatile arms that helps handle time consuming assembly line work. What makes Rethink’s robots stand out is that they can be programmed by handling their arms and demonstrating a movement to them. In theory, they can then mimic whatever the human in front of them is doing — over and over again. There’s no need to spend a lot of time futzing with computer code to get the robots to do something different.

2. Your warehouse buddy who takes care of the heavy lifting

Many warehouse workers wander for miles each day inside big buildings while pick products from shelves. Fetch Robotics has created a robot helper that follows workers around like personal assistants. Instead of workers walking back and forth to drop items off, they hand it to the robot to shuttle around. Sensors in the robot map out the facility and track its “buddy’s” legs so it knows where to go and who to follow without bumping into anything.

American Robot Company makes robots that help the military transport heavy equipment. One resembles a mini tank that relies on radar and sonar to navigate outside in rough terrain. It can also be used for non military purposes as well like providing airport security. Human security guards can’t possibly keep track of every security camera for suspicious activity and then investigate. Instead, robots can monitor the video feeds for unusual behavior and then go out and investigate them using video cameras.

4. A robotic exosuit that can turn you into a superhero

Imagine putting on a sleek black suit that makes you as strong as a super hero. That’s kind of what happens when a person straps on the SuperFlex exosuit equipped with tiny motors called actuators from SRI Robotics. People wearing the outfit get extra help picking up objects and walking, as if they were somehow suddenly stronger. For now, the power suits are used by the military. But they could also help people with physical ailments like children with muscular dystrophy.

Fellow Robots has plans to change the retail business with its lineup of customer assistants robots like the OSHbot that’s been helping customers buy hammers and nails at a San Jose Orchard Supply Hardware store. The robot comes loaded with a catalog on a touchscreen that lists everything the store sells. After customers choose the items they’re looking for on the screen, the robot directs the customer to where it’s located on the shelf.

For more on robotics, check out the following Fortune video: