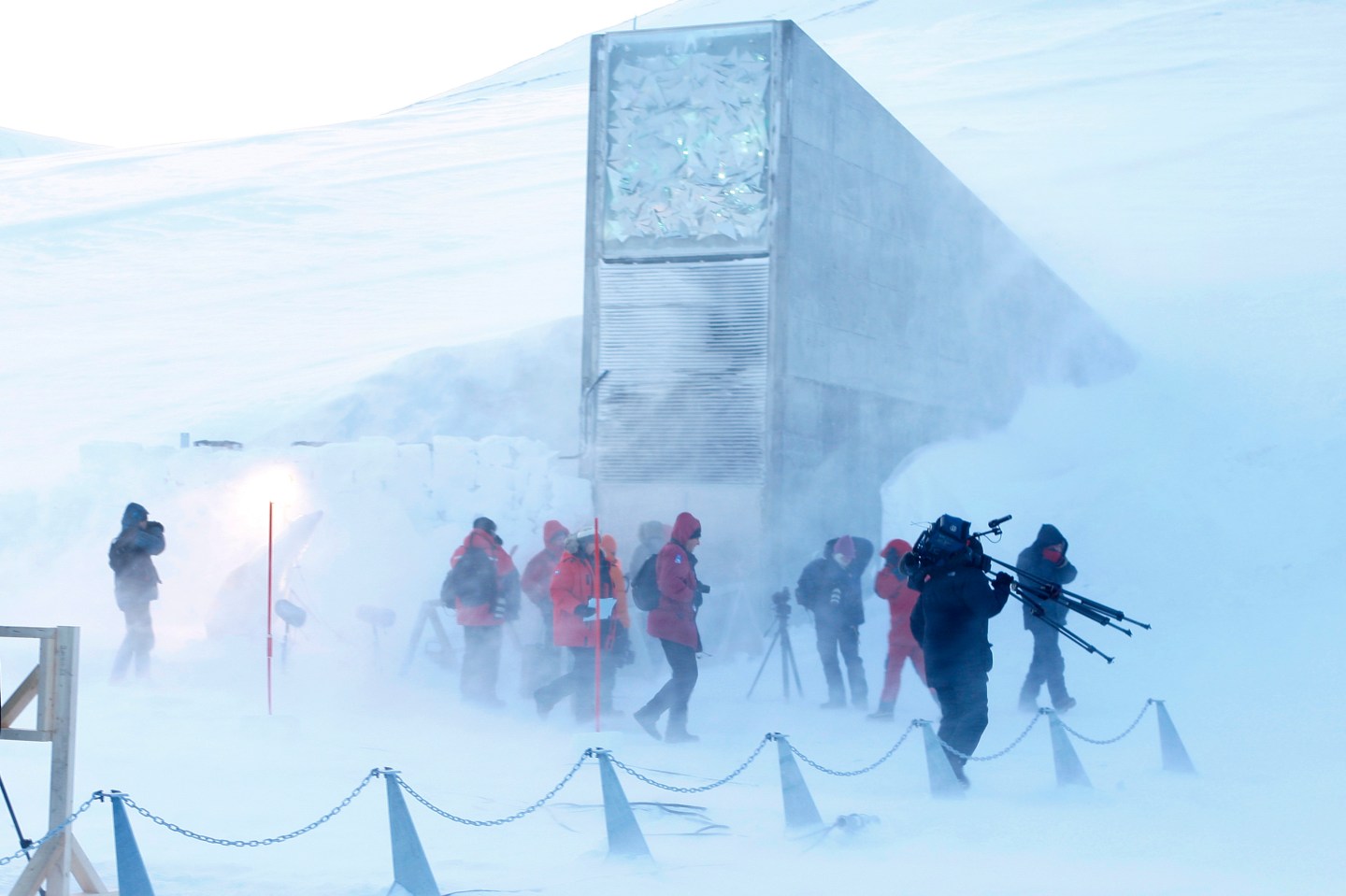 Journalists and cameramen walk under a gust of cold wind near the entrance of the Svalbard Global Seed Vault that was officially opened near Longyearbyen on February 26, 2008. A vault carved into the Arctic permafrost and filled with samples of the world's most important seeds was inaugurated Tuesday, providing a Noah's Ark of food crops in the event of a global catastrophe. AFP PHOTO SCANPIX / Hakon Mosvold Larsen - NORWAY OUT (Photo credit should read Larsen, Hakon Mosvold/AFP/Getty Images)
AFP/Getty Images

Nestled into a frigid mountain just 800 miles south of the North Pole, a metallic building called the Svalbard Global Seed Vault holds almost 1 million different types of seeds. It’s the “ultimate insurance policy for the world’s food supply” stored on an isolated island to withstand apocalyptic conditions, according to Crop Trust, the organization that safeguards the building.

Only seven years after its creation, scientists will withdraw seeds from the vault for the first time ever, according to Reuters. The cause isn’t nuclear winter or global pandemic, as the stores were designed for, but the Syrian civil war. Researchers from the International Center for Agricultural Research in Dry Areas requested seeds including barley and wheat to replace ones left in their Aleppo seed bank.

The organization moved to Beirut in 2012 to get away from the fighting, and it is now trying to rebuild its stores outside of Syria by recalling about one-third of its original deposit, according to Crop Trust.