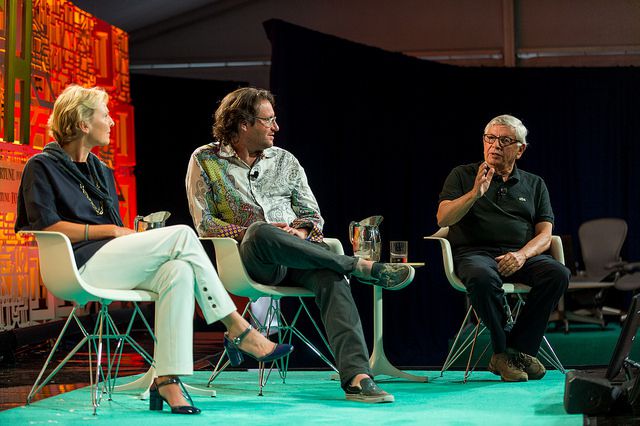 Former NBA Commissioner David Stern has become a man about tech, having even served as a judge earlier this year at our Fortune Brainstorm Tech conference in Aspen. But today he may have stepped out a bit too far, telling a reporter about a tech acquisition that hadn’t yet been formally announced.

Stern today sat down with Forbes contributor Darren Heitner for a Q&A that touched on a variety of sports tech companies. Among them was AlphaDraft, a fantasy e-sports startup that recently raised $5 million in VC funding from, among others, Stern himself. Here is what the former Commish had to say:

It was the first one that I had been introduced to in the eSports industry. I sat with the founder – his passion, determination and his absolute certainty that eSports was upon us in a big way — a certainty that I share. This was an early starter, almost a first mover, in fantasy for eSports, so I said I’m in. I was not a significant part of the $5 million, I assure you, and they’ve been acquired by FanDuel.

That’s the first anyone had heard about AlphaDraft being acquired by FanDuel, although the news comes just one day after FanDuel rival DraftKings launched its own e-sports offering.

A source close to the situation says the Stern comments came as a surprise, and that a formal press release is expected shortly. Unclear if Stern just goofed, or if he knew exactly what he was doing. Maybe like those NBA draft envelopes back in 1985…

For more on daily fantasy sports, check out our new cover story on DraftKings and its CEO Jason Robins.