Behold! The winner of Unicorn Idol 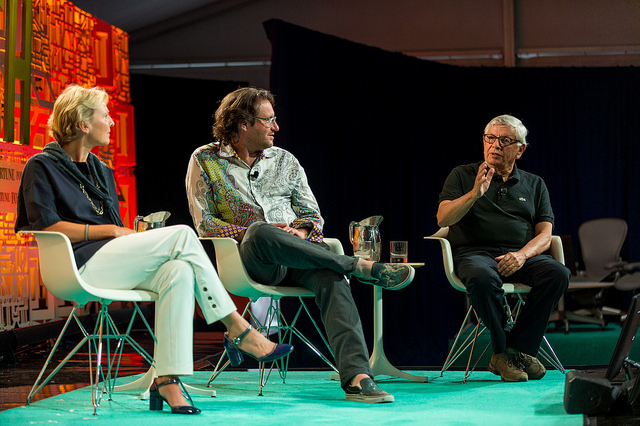 It takes a special kind of courage, and gumption, to stand in front of 200-some-odd tech-savvy strangers—and three distinguished judges—and pitch your startup company to the crowd, all while a time clock ticks away. But such is the time-honored tradition at Fortune’s Brainstorm conference. We call it “Unicorn Idol.”

And this year, dare we say, the pitches were more sophisticated than ever.

First up was Natalya Brikner, cofounder and CEO of Accion Systems, which is developing a way to overcome one of the last challenges to the mass adoption of space satellites: an effective means for propulsion. As it stands now, it’s relatively easy and inexpensive to build a shoebox-sized satellite. (Let’s face it: it’s a holiday gift that puts a drone to shame.) But without a viable propulsion system, said Brikner, it can’t stay in orbit and will turn into a fiery aluminum ball as it falls to earth.

That problem, said Brikner, was solved when she and her cofounder, Louis Perna, developed a new form of ion propulsion during their time as Ph.D. students at MIT.

Next up was Scott Crouch, cofounder and CEO of Mark43, who promised to take a bite out of crime with his company’s revolutionary new software system for police departments. After spending thousands of hours on the ground in crime zones with urban police units, Crouch and his team developed a software platform that could give officers and other first-responders life-saving information in their cars, he said.

Why would anyone invest in a company that sells to the government, he posed to the crowd? The number of potential customers is surprisingly enticing: In the U.S. alone, there are 17,000 police departments—and they’re spending untold billions of dollars on software that mostly doesn’t work. And this year Mark43 landed a big client in that universe: the Washington, D.C. police force.

Contestant No. 3 was Oren Falkowitz, cofounder and CEO of Area 1 Security, who developed what he called the world’s first anti-phishing program. Ninety-seven percent of cyberattacks begin with phishing, said Falkowitz—and, on average, companies don’t learn about the security breaches until 200 days after the fact. His pitch? Area 1 would give corporations the tools they need to prevent such incursions before they happen or disrupt them before they do much damage.

Next came Michael Grinich, cofounder and CEO of Nylas. Nylas, said Grinich, is the easiest way to build apps on top of your email—which he rightly called “the database of your life.” His developer platform, Grinich gamely told the crowd, could solve some of email’s biggest limitations: problems around scale, compatibility, and security. When he came up with his idea, many people told him “it was impossible and that it wouldn’t work—which I thought was a really good sign.” Already, though, some have changed their minds: In January, Nylas raised $8 million in Series A financing.

Up last was Danielle Morrill. The cofounder and CEO of Mattermark had no less lofty a goal than “organizing the world’s business information.” Morrill said her team started out two years ago building tools to help venture capitalists discover new companies—and in the process “discovered that their tools made it easier to answer business questions for sales, marketing, banking and many more emerging use cases.” In a fitting kicker to the evening’s event, Morrill launched the company’s first iPhone application into the App Store on stage.

The judges—Amy Banse, managing director at Comcast Ventures; Brad Feld, managing director at Foundry Group; and David Stern, former commissioner of the National Basketball Association—asked some tough questions of each contestant. But in the end the decision was up to the crowd, who voted on their phones.

The winner? Accion’s Natalya Brikner, whose PowerPoint deck was out of this world.

The prize, it ought to be mentioned, fell short of Series B funding—but wasn’t too shabby either. Design firm Herman Miller offered the winner a slate of high-end office furniture. Just what every startup needs.