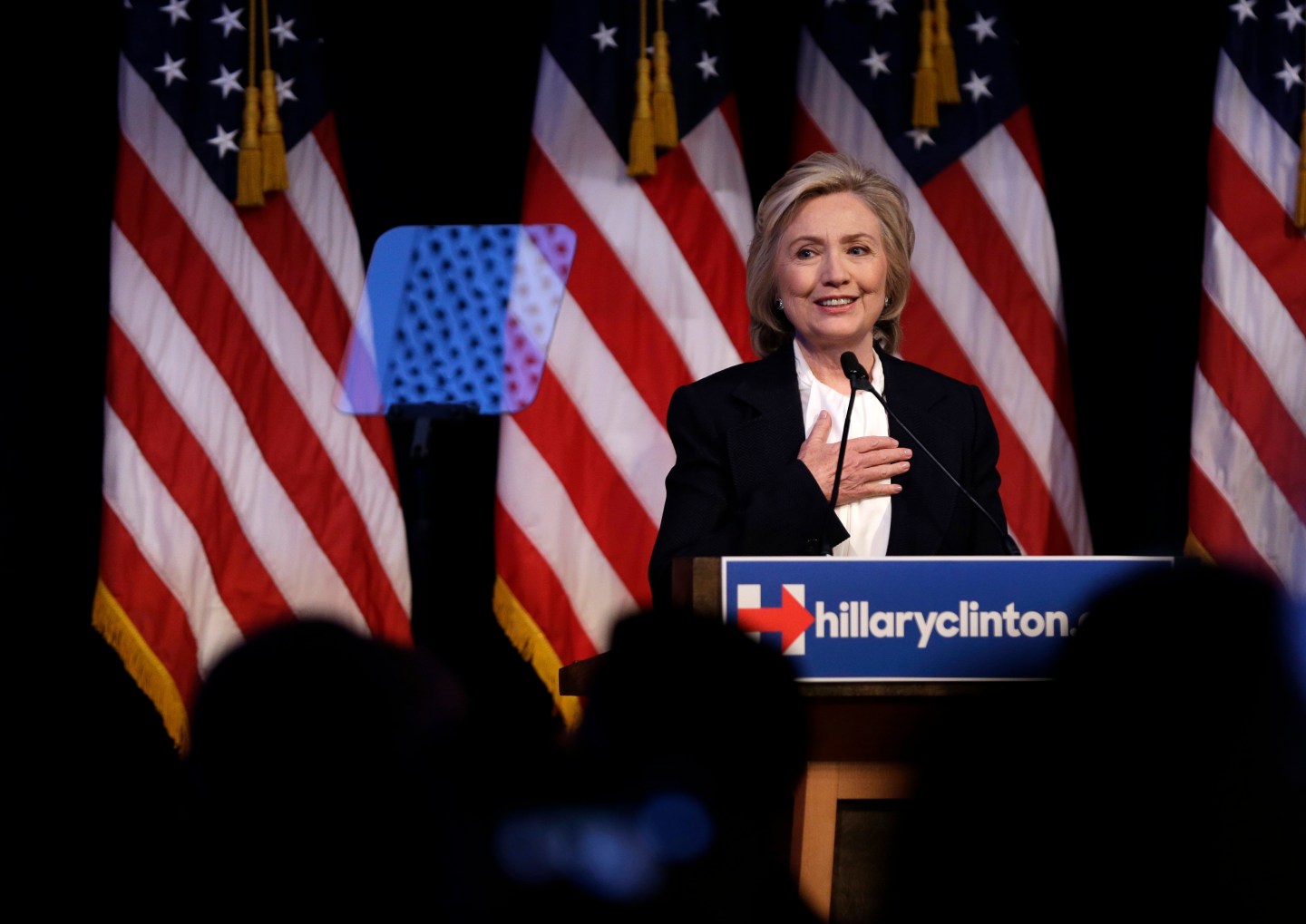 Democratic presidential hopeful Hillary Clinton heads to a campaign event in Iowa Tuesday where she will release her health care plan that aims to lower drug prices, reduce tax breaks for the pharmaceutical industry and mandate certain levels of research spending.

Clinton’s proposal comes just one day after Tweeting on the issue of astronomically high drug prices, which sent biotech stocks downward. These events were put into motion when Turing Pharmaceuticals hiked the price of a drug called Daraprim by over 5,000%, to $750 a pill from $13.50. The move became a symbol on social media of the much larger trend of rising drug prices, which in many cases has been unconnected to new innovation.

“It’s time to deal with skyrocketing out-of-pocket costs and runaway prescription drug prices,” Clinton said at a campaign rally in Arkansas on Monday. Patients shouldn’t have “to choose between buying the medicine they need and paying their rent.”

Clinton’s proposal, which she said would be implemented if she were elected, builds on President Barack Obama’s Affordable Care Act and includes such provisions like limiting a patient’s out-of-pocket spending on drugs to $250 a month, or $3,000 a year. The ACA currently caps yearly out-of-pocket total medical spending at $6,600 for an individual and $13,200 for a family. The proposal would also limit sales exclusivity for biotech drugs to seven years from the current 12 years.

Clinton’s platform would also mandate that drug makers devote a minimum amount of revenue to research and development, and it would bar those companies from deducting drug advertising spending as a business expense, a move that Clinton says would save the government “billions of dollars over the next decade.”

In addition, Clinton is pushing for Medicare to have the ability to negotiate drug prices directly with manufacturers, a move that’s long been advocated by Democrats. However, such a proposal has struggled to gain traction in Congress. Many Republicans have pushed back on the idea, advocating instead for private plans, which administer Medicare drug benefits, to negotiate for themselves.