Why Apple should partner with Microsoft 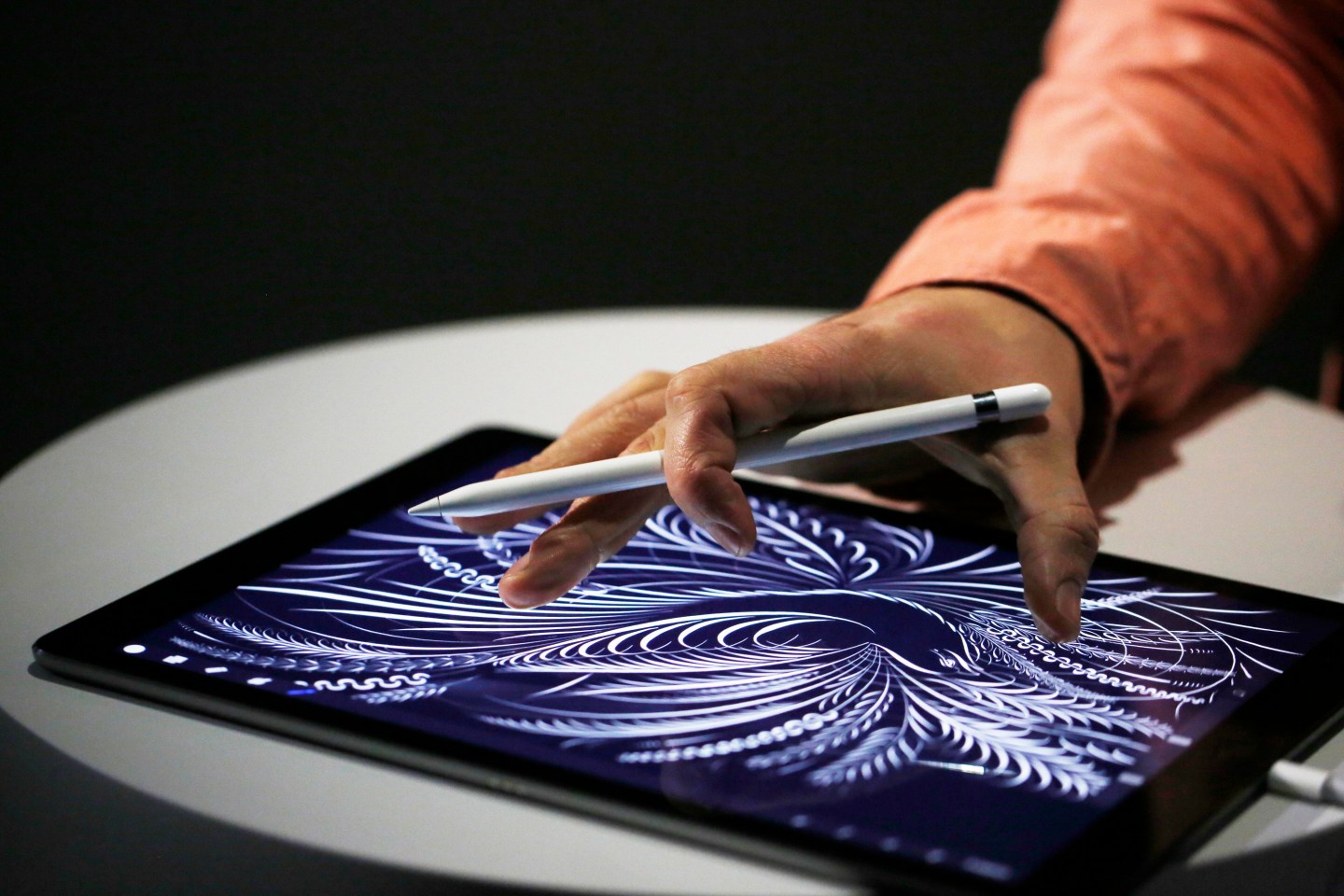 SAN FRANCISCO, CA - SEPTEMBER 9: A man uses the new Apple Pencil on an iPad Pro after an Apple special event at Bill Graham Civic Auditorium September 9, 2015 in San Francisco, California. Apple Inc. unveiled latest iterations of its smart phone, forecasted to be the 6S and 6S Plus and announced an update to its Apple TV set-top box. (Photo by Stephen Lam/ Getty Images)
Photograph by Stephen Lam — Getty Images

During a presentation at Dreamforce last week, Microsoft CEO Satya Nadella reportedly demonstrated the Outlook mobile app on the iPhone first before switching to a Windows phone. This is surprising, given that Apple (AAPL) and Microsoft (MSFT) were bitter rivals at one time. And earlier this month, Apple surprised everyone when it invited a Microsoft representative to present at the event unveiling its new iPhone and other products.

Not that we should read too much into both events, but the instances remind me how much both companies could benefit by forming a partnership.

Apple is a consumer company. More than 60% of its sales come from its flagship iPhone. But even though Apple’s global market share continues to climb, the sales growth for smartphones is declining and competition from Android devices is likely to remain fierce. That means the company needs supplement its consumer business by expanding its presence in the lucrative enterprise market, which is estimated to reach $620 billion this year.

The growth in tablets (like the iPad) is being driven by business adoption, according to research from Forrester cited by AppleInsider. In addition, Forrester also sees Apple as being strongly positioned to reap the benefits of this growth, especially through its partnership with IBM (IBM). An alliance with Microsoft will only help this process and strengthen Apple’s position in the important enterprise market.

Microsoft’s Office suite, which includes popular programs like Excel, Word and PowerPoint, are used by 1.2 billion people, according to the company. Products from Google (GOOG) and others offer some competition but Microsoft Office remains the gold standard of business software due its long history with users and the ubiquity of PCs in the workplace. So while the Office for iPad and Office for iPhone apps have been downloaded 80 million times, that still leaves a large market of loyal Office users for Apple to target.

Moreover, as the gap between PC sales versus those of Macs narrows over time, Apple is in an ideal position to take advantage of this trend by improving the performance of Microsoft products on its platform. In other words, Apple could get a double hit due to increasing sales of its own hardware and surging popularity of Microsoft Office 365, its cloud service, which is now beating both Google Apps and Salesforce (CRM) in terms of usage, according to CIO.

Likely reasons for Microsoft Office 365’s popularity include reliability and familiarity, the cost and difficulty of re-training employees on new platforms as companies migrate to the cloud, and a push by Microsoft to retake the crown. At the same time, Apple has introduced its new 12.9 inch iPad Pro, which is expected to help the company expand further into the enterprise market, according to investor research site Motley Fool and others. It’s worth noting that even though the tablet market is projected to decline, the 2-1 hybrid device market (of which the iPad Pro is a part) is slated to grow by 86.5% this year, according to IDC.

Ironically, Microsoft’s Surface line competes head on with iPads in the business segment. But then that��s all the more reason why improved performance of Microsoft’s Office products on the Apple platform is critical. Without it, Apple could lose competitive ground to Surface and other devices. This does, of course, bring up an interesting question: why would Microsoft agree to cooperate with Apple if it could potentially hurt its own hardware sales?

The answer is two-fold. While Microsoft’s Surface business is healthy, the iPad Pro seems to have far brighter prospects, according to analysts. That means cooperation with Apple is not only desirable for Microsoft, but necessary, in its own bid to reach the widest possible audience for Office. Apple’s products exist in a highly inter-connected and sticky ecosystem; you’re either part of it or not.

Another reason that Microsoft needs Apple is because the company is morphing from being a software provider to a cloud-based services company, especially over mobile devices. With Apple iOS’ market share in the mobile arena nearly 7 times that of Microsoft, the latter needs Apple’s users to maximize its reach.

All of this points to the fact that a burgeoning partnership between Apple and Microsoft is sensible, inevitable and overdue.

S. Kumar is a tech and business commentator. He has worked in technology, media, and telecom investment banking. He does not own any shares of Apple, Microsoft or other mentioned in this article.