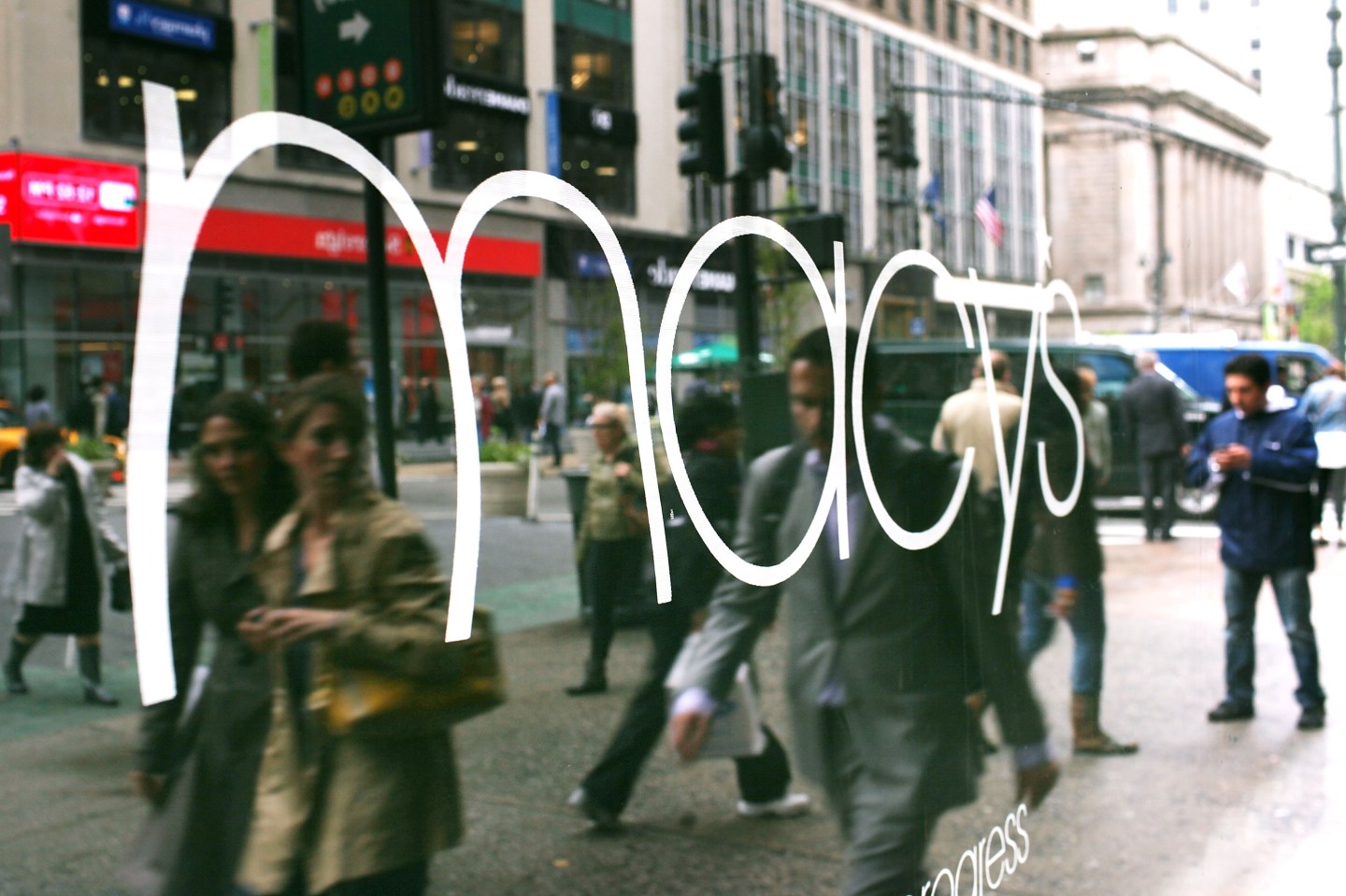 Macy’s (M) plans to hire slightly fewer temporary workers for the 2015 holiday season, news that comes a few weeks after the retailer lowered its full year sales forecast because of a poor start to the year.

The department store chain said on Monday it would hire for about 85,000 positions at its namesake Macy’s and Bloomingdale’s stores, call centers, distribution centers and online fulfillment centers for the 2015 Christmas and holiday season, compared to 86,000 last year.

Last month, Macy’s reported a 2.6% decreases in total sales and two weeks ago, announced it would close 40 stores. The retailer has been struggling with consumers’ shifting focus of their spending away from apparel toward categories like home repairs, electronics and autos. categories where Macy’s is largely absent. It is also contending with a resurgent J.C. Penney (JCP) and a still thriving T.J. Maxx, a unit of TJX. (TJX).

What’s notable is how much the hiring continues to shift toward supporting Macy’s dot-com operations. Last year, some 10,000 of the season workers were assigned to Macy’s e-commerce fulfillment centers. This year the figure will be 12,000 people.

In recent years, Macy’s has been a leader in integrating e-commerce and its stores, equipping the latter to help support its digital growth with everything from inventory management systems to small work spaces in the back of a store where workers can pack up orders for shipment. The company will hire 3,000 people specifically to work in stores to help with that function, along with in-store pickup.

Despite early, optimistic forecasts – ShopperTrak is forecasting holiday season sales will rise 2.4% this year — retailers don’t seem to be boosting their hiring in any meaningful way. Walmart (WMT) and Target (TGT) are holding steady with 60,000 and 70,000 respectively, the same levels as in 2014. A notable standout is Kohl’s, (KSS) which will hire 69,000, up 2,000 from last year.