Get ready for Adventure Time in virtual reality 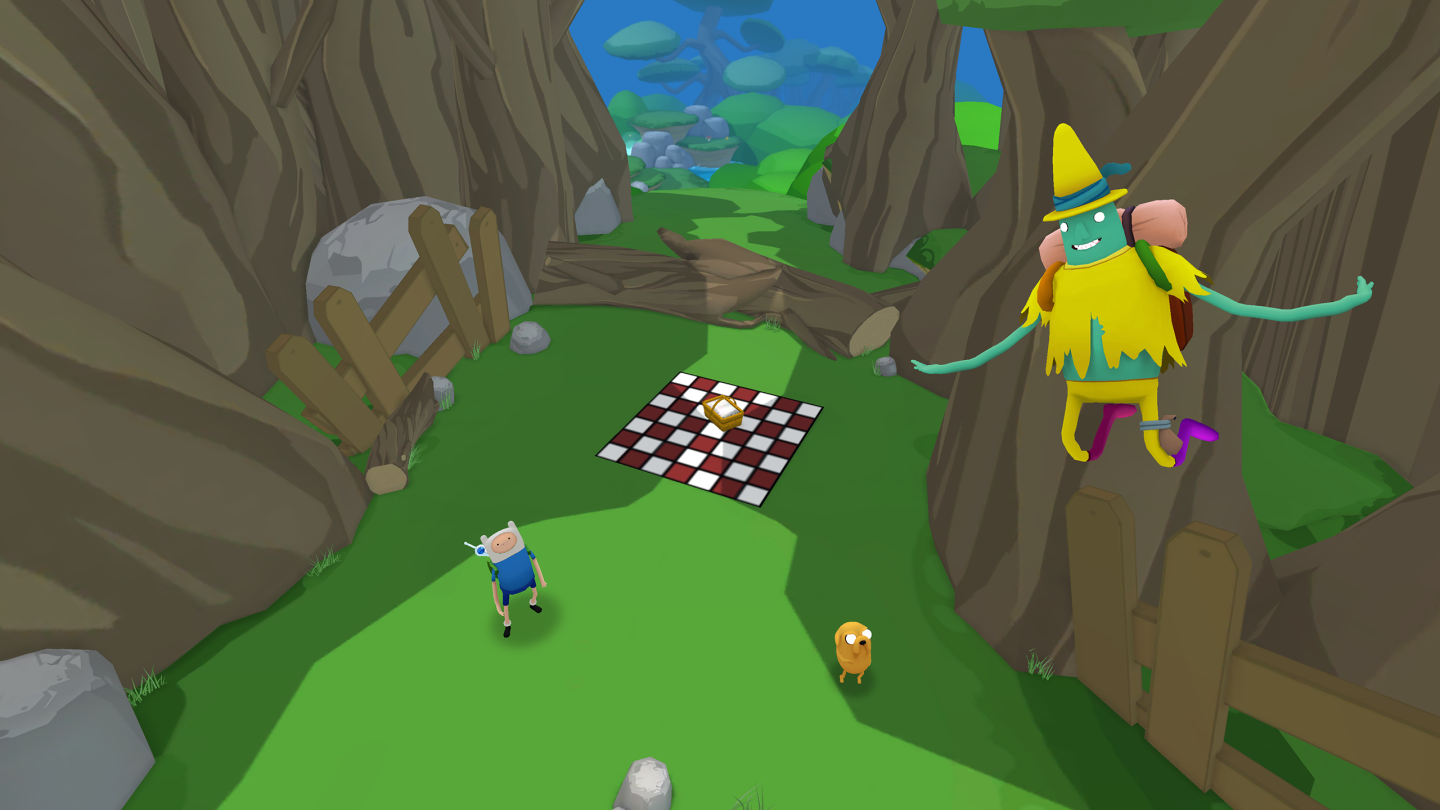 Now you can grab your friends and go to very distant lands—in virtual reality.

Adventure Time: Magic Man’s Head Games, a VR game based on the popular Cartoon Network series, is now available on the Samsung Gear VR. In the platform-style game, the player character Tiny teams up with main characters Finn and Jake to track down Magic Man through the Land of Ooo.

“Embarking on these new VR projects has been a great creative exercise for us,” says Christina Miller, president and general manager of Cartoon Network, Adult Swim, and Boomerang. “We are experimenting and learning new ways of creating content that will engage our fans and tell stories that are completely different than what we have done on any other platforms in the past.” Miller says the game has a very broad demographic of fans, which range from animation enthusiasts to casual and serious gamers.

“The Adventure Time creators are all early adopters and enthusiasts in this space themselves and have a reputation for re-inventing storytelling, so during key phases of development we provided builds for them to review and give feedback,” Waldron says. “Pen Ward, the creator of Adventure Time, even jumped in and provided voiceover.”

Looking at the bigger picture for all of animated properties of Turner Broadcasting (Cartoon Network’s parent company), Miller says a virtual reality game lets Turner’s fans get even closer to their favorite shows and characters.

“Our fans aren’t just looking through a window into these worlds; they’re able to climb through that window and be in these worlds,” Miller says.

Turner made the game exclusive to the portable Samsung Gear VR because Miller says it’s the current platform with the largest reach and best performance.

“As of now, the release is only for the Samsung Gear VR, however, we’re currently looking at other platforms and are always seeking new ways to expand our storytelling universe,” Miller says.