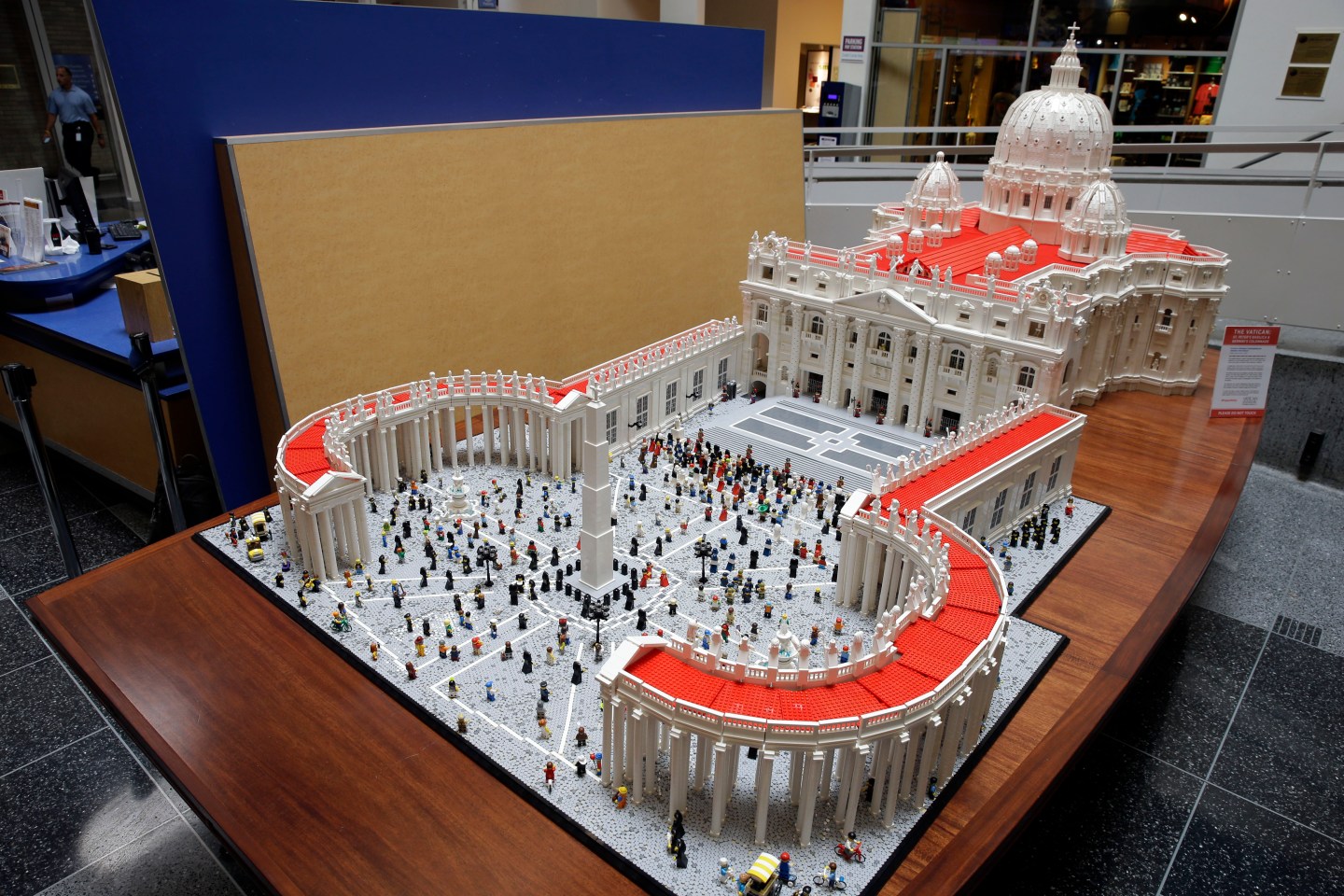 In this Friday, Sept. 11, 2015 photo, shown is a Lego representation of the St. Peters basilica and square, at The Franklin Institute in Philadelphia. The Rev. Bob Simon spent about 10 months building it with approximately half-a-million Legos. (AP Photo/Matt Rourke)
Photograph by Matt Rourke — AP

In anticipation of the Pope Francis’ visit to Philadelphia, one priest made a replica of Vatican City out of Lego bricks. It’s currently being displayed at the city’s Franklin Institute.

Rev. Bob Simon took around 10 months to create the Lego-ized St. Peter’s Basilica. He also used about a half-million Lego bricks. So, Fortune wanted to know: How much did it cost to construct such a model?

Wired crunched the numbers last year to figure out just how much a single lego block costs, and it averages at about 10 cents per piece. Using that math and applying it to Simon’s work, you get a whopping $50,000.

“It was daunting,” said Simon in an interview. “It was an exercise in patience, and I was thrilled with the way everything came out.”

Per the Associated Press:

Simon started the project a year ago in an empty room in his rectory. He finished in time to bring it to BrickFair, a Lego convention held over the summer near Washington, D.C., where it received many accolades. A friend then suggested The Franklin Institute might be interested.

“It’s amazing,” said Larry Dubinski, president and CEO of The Franklin Institute, in an interview with the Associated Press. “People are in awe.”

Fortune reached out to Lego for comment, but has not yet heard back.

Pope Francis will celebrate Mass at the Cathedral Basilica of Sts. Peter and Paul on Sept. 26. For more on the Pope, here’s a Fortune story on his social media strategy. And here’s how he means business.