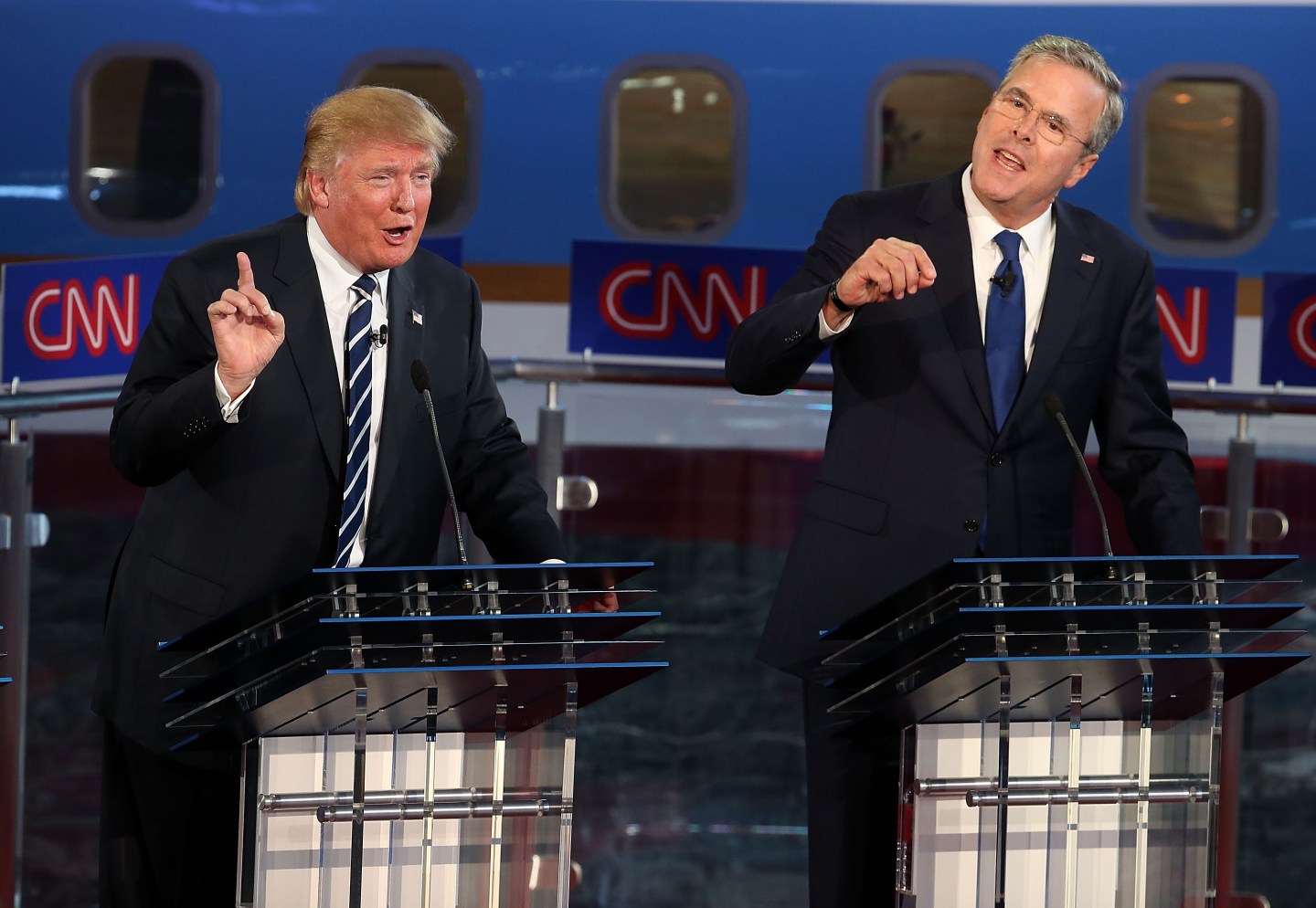 Ronald Reagan, a conservative icon, was mentioned a whopping 45 times during the second Republican debate on Wednesday night.

The event was held at the Reagan Library in California, which likely bumped up the tally.

This number was calculated by doing a keyword search in the debate’s full transcript, which was posted by Time last night. At one point, moderator Jake Tapper of CNN said: “We have to take another quick break. Coming up, Ronald Reagan looming large over this debate. So how Reaganesque exactly are these Republicans? We will find out next.” That’s just how essential Reagan was during the three-hour debate.

The fact that the former president was invoked nearly 50 times is astounding given that he was mentioned just 14 times in the first GOP debate, according to Politifact. Reagan’s name was mentioned for a number of reasons, including when the candidates mentioned they voted for him, during a discussion of immigration, Reagan’s tax cuts, and more.

For instance, Wisconsin Governor Scott Walker said: “Ronald Reagan, our plan is based on the Ronald Reagan tax cuts of 1986. That brought about one of the longest sustained periods of economic growth in American history. All the things we should be talking about tonight are about how do we create jobs, helping people get the skills and the education qualifications they need to succeed.”

In a more lighthearted question, the candidates were asked to select a Secret Service codename: “Ronald Reagan’s codename, for example, was, ‘Rawhide,’ a homage to his performances in Westerns. Nancy Reagan’s was ‘Rainbow,’” said Tapper.

Bustle counted each time a candidate discussed Reagan, citing 23 times, or significantly less than doing a keyword search through the entire transcript.

For more on Reagan’s effects on the debate, here’s Fortune’s take on how he won it.